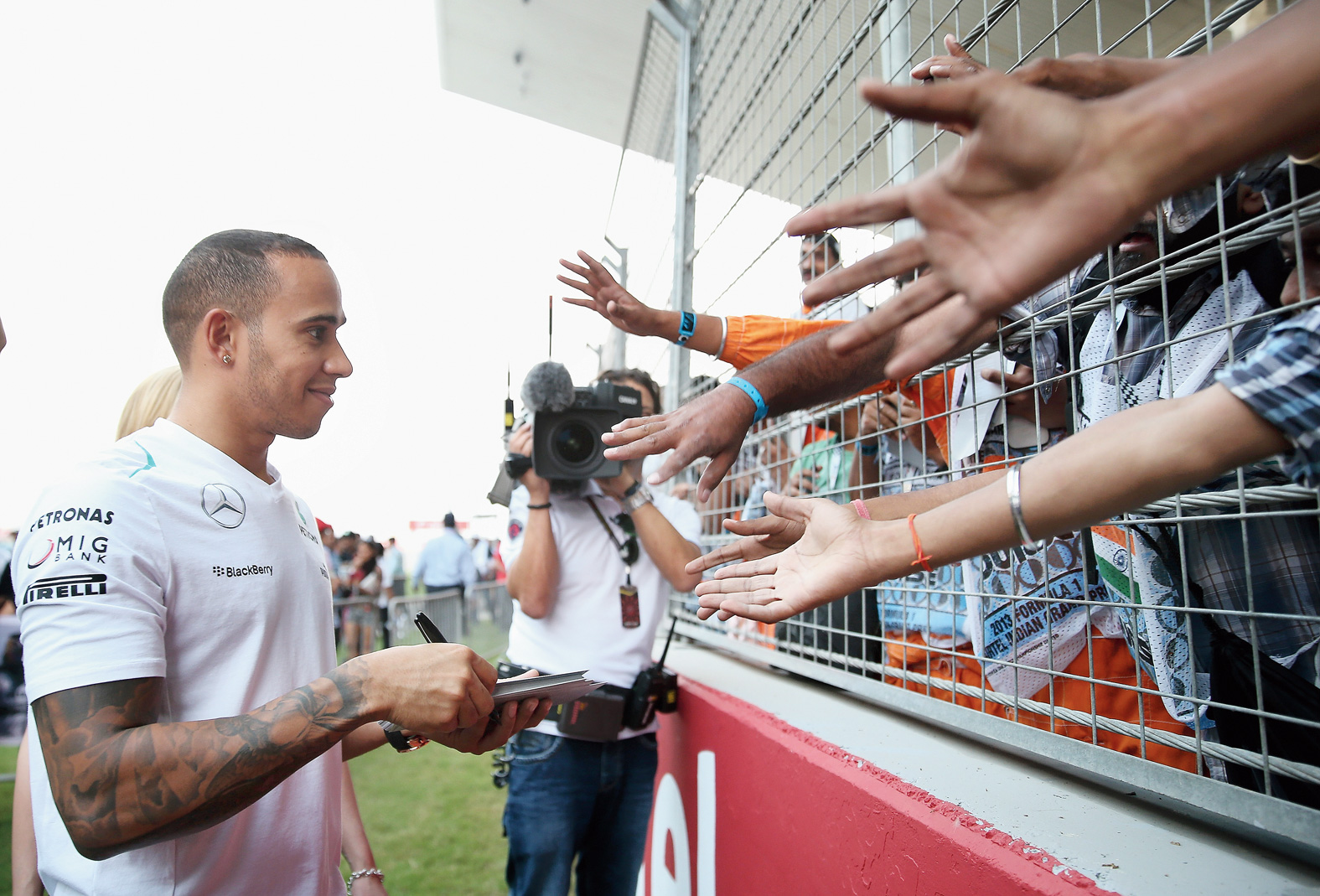 Five-time Formula One world champion Lewis Hamilton has clarified comments about how he had felt torn to be racing in ‘poor’ India during the years when the country hosted a Grand Prix.

The Mercedes driver had said this week, in discussing new venues like Vietnam, that he would like more Grands Prix in places with ‘real racing history’ such as Europe and the United States.

“We’ve got a lot of real racing history in England, Germany, Italy and now in the United States, it is starting to grow. But you only have one event per year in those places. If it was my business, I’d be trying to do more events in those countries. I’ve been to Vietnam before and it is beautiful,” he had told The BBC.

“I’ve been to India before to a race which was strange because India was such a poor place yet we had this massive, beautiful Grand Prix track made in the middle of nowhere. I felt very conflicted when I went to that Grand Prix.”

The 33-year-old Briton took to social media on Thursday, saying he had noticed some people had been upset by his comments.

“My reference was that a Grand Prix there felt strange to drive past homeless people and then arrive in a huge arena where money was not an issue,” explained Hamilton on Instagram and Twitter.

“They spent hundreds of millions on that track that is now never used. That money could have been spent on schools or homes for those in need. When we did have the race, nobody came because it was too expensive most likely or no interest. However, I have met some amazing Indian fans,” added Hamilton, who won his fifth title in Mexico last month.

Some of those Indian fans had responded to Hamilton’s initial comments by pointing out the country’s fast-growing economy was now the world’s sixth largest and he took to social media to justify what he said.

“He spoke with empathy about India and the painful contrast between wealth and poverty that we face while travelling the globe as sporting ambassadors,” the Austrian said in a statement issued by the reigning champions.

“He did not criticise the nation and his words were those of a thoughtful and considered champion.”

India, the world’s second most populous nation after China, hosted three Grands Prix at the Buddh International circuit south of the capital New Delhi from 2011-13.

All three were won by German driver Sebastian Vettel, then champion with Red Bull.

The inaugural edition saw close to 90,000 people attending the Grand Prix before the number fell to 65,000 the following year.

The race was dropped from 2014 due to a number of factors, including a tax dispute and bureaucratic hurdles faced by teams.