In-form Bengal on a Patiala high 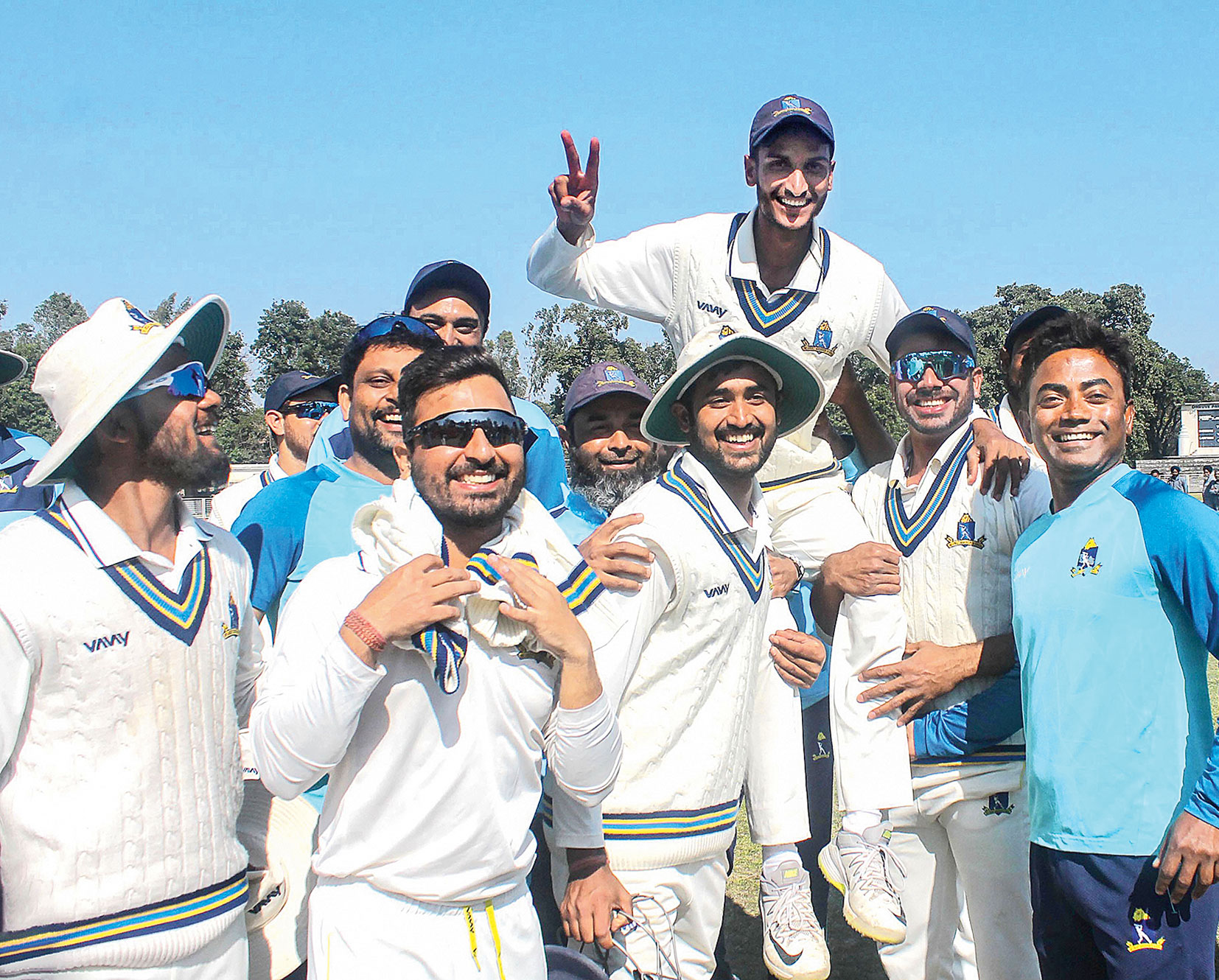 Bengal didn’t just have to win the match to be sure of advancing to the quarter finals of the Ranji Trophy, they had to do so at a ground where the last game saw both the competing teams failing to cross the 150-run mark even once.

But the boys from Bengal overcame all the odds, including hosts Punjab, to march triumphantly into the last-eight stage of the premier domestic tournament.

Bengal’s 48-run win over Punjab in Patiala on Friday was a story of sheer courage and determination, with the much-experienced Manoj Tiwary and 10-match-old Shahbaz Ahmed being the star performers.

Resuming Day III at 199 for nine, Bengal scored only three more runs to set Punjab a 190-run target. The hosts, however, didn’t survive on a tricky pitch and were all out for 141 in 47.3 overs. Shahbaz picked up four wickets in the second innings to finish with a match haul of 11. Tiwary’s fighting knocks of 73 not out and 65 were also equally important for the team in their second successive away win.

Bengal currently are at the top of the Elite Crosspool with 32 points from eight matches.

Head coach Arun Lal had high praise for the team, and of course for Shahbaz and Tiwary.

“We had to win two away matches on the trot to qualify and we won both from difficult situations. We played the last two matches like knockout games,” Lal said.

Showering accolades on former captain Tiwary, he added: “Manoj is a professional. He’s a tried and tested customer who has also played for India. He played two magnificent innings in this match. On difficult turning tracks, there’s no better batsman than Manoj Tiwary in India. These two are very special innings. He’s a masterclass in how to play on difficult tracks.”

Tiwary, on his part, thanked the coach for the compliment. “When such a compliment comes from a legend like him, it becomes extra special.”

For left-arm spinner Shahbaz, Lal said: “Shahbaz is a young guy. In the last match, he won us full points with his batting, and in this match he excelled with his bowling. Shahbaz is a special talent, he’s mentally very strong. Shahbaz and Arnab (Nandi) are the finds of our team this year.”

All-rounder Arnab made a crucial 51 in Bengal’s second innings.

Bengal captain Abhimanyu Easwaran has set the target for his team.

“We’re eyeing the trophy, nothing else. The team’s picking up at the right time and now it’s time to play our best. We have played really well in the last two matches, we chased big scores and defended small totals as well. We want to enjoy the moment and keep moving forward.”