Imran’s gesture calms nerves in the ICC too

With the World Cup just months away, the ICC had been a trifle concerned after the Pulwama attack 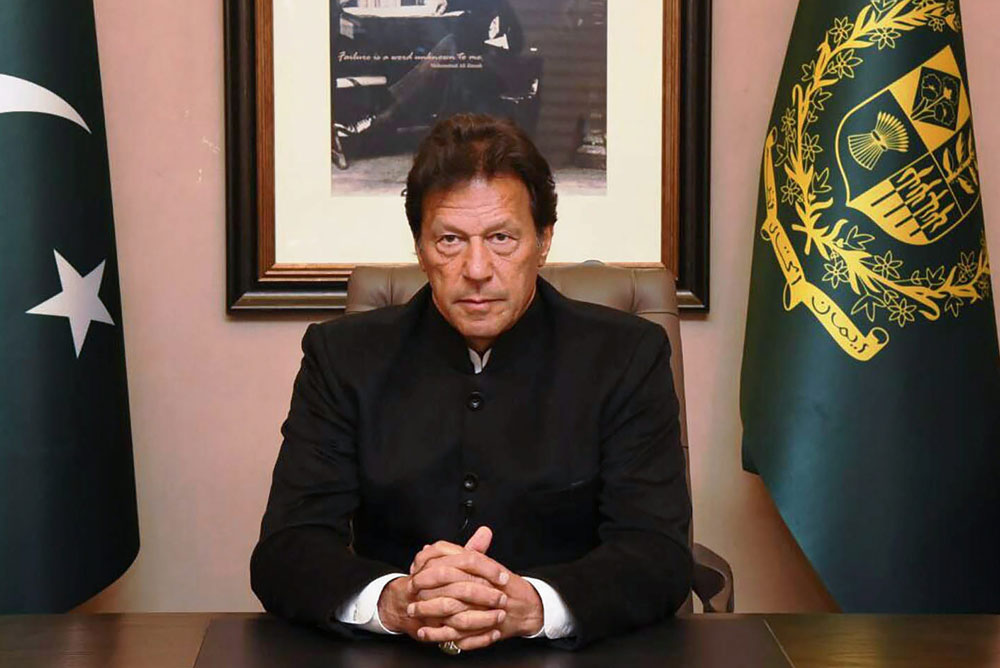 World Cup-winning captain Imran Khan’s announcement, late on Thursday afternoon, that Wing Commander Abhinandan Varthaman of the IAF would be released calmed plenty of nerves in Dubai too, where the International Cricket Council (ICC) is headquartered.

Wing Commander Varthaman, credited with shooting down a far more advanced F-16 before being forced to eject from his upgraded MiG-21 Bison, returned home via the Wagah border at 9.20 pm on Friday — about 60 hours after parachuting into hostile PoK.

With arguably the most anticipated World Cup just months away, the ICC had been a trifle concerned after the February 14 terror strike in Pulwama and the Board of Control for Cricket in India (BCCI)’s response thereafter.

Concern changed to real worry after Tuesday’s Mirage 2000-driven busting of terror camps in Balakot by India and, well, alarm post Wednesday’s retaliation of sorts by Pakistan in which Wing Commander Varthaman’s aircraft was downed.

Prime Minister Imran’s courageous announcement, before a joint session of Parliament, reduced the temperature in New Delhi and in Islamabad by many degrees.

The announcement allowed many in the ICC to breathe easy as well. After all, post-Balakot and the duel between the Air Forces of India and Pakistan, a most prominent question mark had arisen over the May 30-July 14 World Cup’s marquee match — India vs Pakistan in Manchester on June 16.

Also, what if India and Pakistan had to meet again, either in one of the semi-finals or the final?

“Of course, Imran’s announcement has cooled things down significantly. It’s a more relaxed air here,” a senior ICC official told The Telegraph on the eve of Saturday’s Executive Board meeting in Dubai.

As reported last week, the BCCI’s clumsily-drafted “communication” on severing ties with countries which export/encourage terror activities will be tabled before the ICC’s directors.

Hardly the appropriate forum, but who is to question the BCCI or the Supreme Court-appointed Committee of Administrators who have controlling power?

The senior official, who requested not to be identified, added: “I must, however, point out that those representing the BCCI and the Pakistan Cricket Board (PCB) have been most civilised in their interactions...

“We hope this calm conduct continues at the Executive Board meeting too, when the BCCI’s Amitabh Choudhary may seek more assurances on security. Ehsan Mani, the PCB chairman, has himself headed the ICC and, so, nothing should get out of hand.”

According to the senior official, Rahul Johri, CEO of the BCCI, had been “satisfied” with the security briefing given by Dave Richardson and Tom Harrison during Wednesday’s Chief Executives’ meeting.

Richardson is the ICC’s (outgoing) CEO, while Harrison holds that position in the England and Wales Cricket Board, hosts of the World Cup for the fifth time.

“In fact, the PCB’s recently-appointed managing director, Wasim Khan, didn’t comment on Johri’s question as Richardson and Harrison were the right men to talk on security at the World Cup,” the senior official informed.

The ICC’s position, made clear to Johri, is that “security levels” would be raised if, at any time, the “concerned agencies” even hint that be done.

Two years ago, during the Champions Trophy (conducted by the ICC), security went to another level after the June 3 London Bridge terror attack.

India hadn’t yet played in the tournament. Eventually, Virat Kohli’s team made the final, but it was Pakistan’s day.

It’s not only the BCCI which is concerned about the safety and security of the players, officials and the other stakeholders. Naturally, it’s “paramount” for the ICC.