Iga Swiatek adapts to newfound fame with eye on big 4 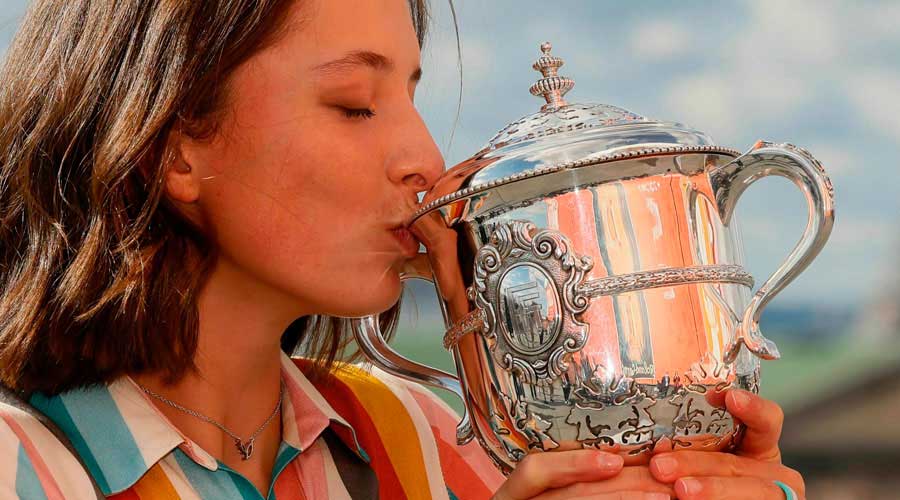 Iga Swiatek went from being a largely unknown teenager to suddenly acquiring celebrity status after winning the French Open in October — and the Pole is now confident she can go on to win all the Grand Slam titles in her career.

Swiatek was ranked No. 54 in the world when she entered the rescheduled French Open in September, but went on to secure an upset by beating Sofia Kenin in the final to become the first Polish player to win a Grand Slam singles title.

Now, the 19-year-old has had to adapt quickly to her new-found fame with new sponsorship deals, training offers and a deluge of media requests.

However, she remains grounded — even if her dream of winning all four majors is now a possibility.

“I now have faith that I could win all four Grand Slams in my career, it always seemed so far away before... I’m happy I achieved this but on the inside I still feel the same,” she said in a phone interview.

Although the focus has been quite intense since her triumph at Roland Garros, Swiatek said the Covid-19 restrictions in place in Poland have helped.

“My whole life has been turned upside down, so I needed some time to get used to it,” she said.

The teenager, whose father was an Olympic rower and mother a doctor, was the first Polish woman to reach the final at Roland Garros in 81 years and the first at any major since Agnieszka Radwanska at Wimbledon in 2012.

So far, she said, she is handling the pressure well, getting by with a little help from her friends.

Japanese US Open champion Naomi Osaka, 23, had reached out to offer advice if needed.

Unusually for someone so young, she has such a variety of interests that, until only a few weeks ago, she had been weighing up the merits of four different university degrees: maths, music, psychotherapy and physiotherapy.

Now, of course, Swiatek has finally accepted that tennis is her vocation. But that has not quenched her thirst to know more about the world.

But, as she prepares to start training again, Swiatek said she’s concentrating on consistency first instead of immediately eyeing up more silverware.