KKR's Andre Russell, being at his bludgeoning best, has been making a difference for his team at the death overs 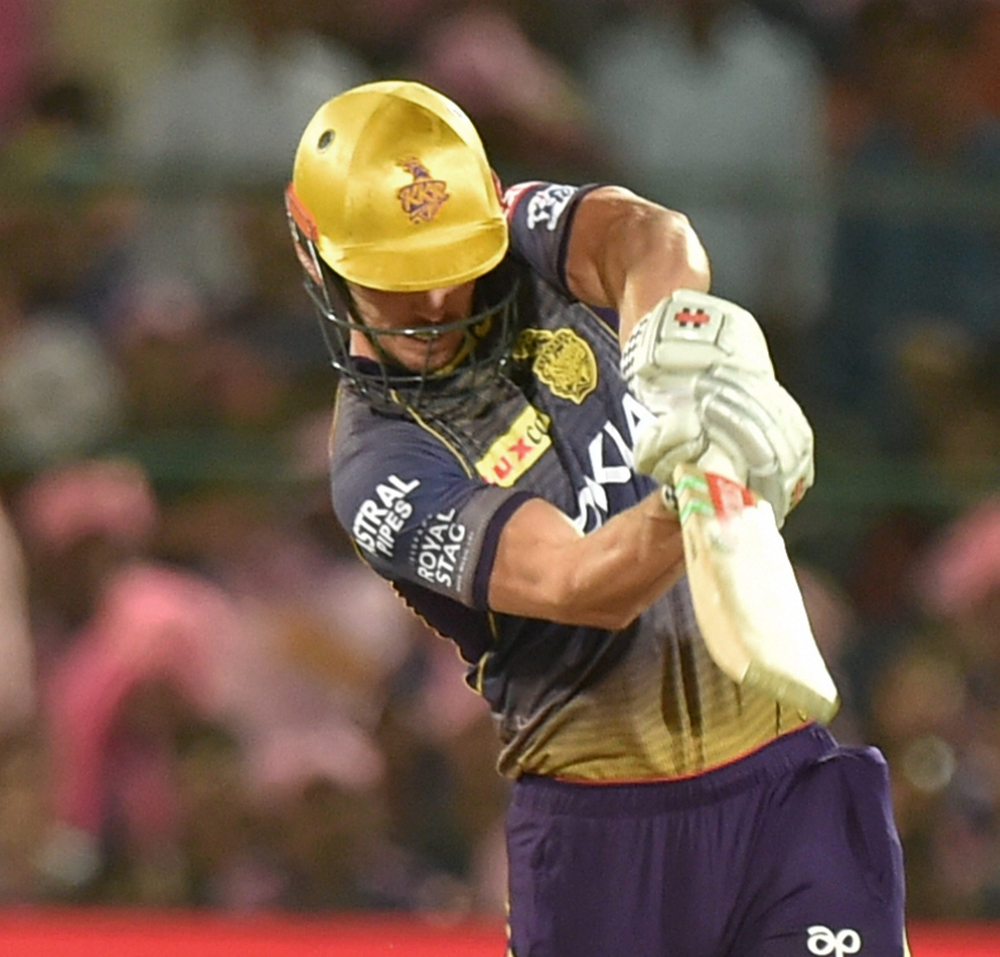 Beating Chennai Super Kings at their fortress, Chepauk, is one of the toughest things for visiting teams.

Having said that, the rhythm and composure with which Kolkata Knight Riders are playing at present, an intense battle looks to be on the cards when the two teams lock horns at the Chepauk on Tuesday.

For the Knight Riders, most of the talking has been about Andre Russell being at his bludgeoning best, making a difference for his team at the death overs.

Already twice in this edition, Russell has sealed victories for the Knight Riders from improbable positions.

Against both Sunrisers Hyderabad and Royal Challengers Bangalore, the Knight Riders needed a lot of runs in the last three-four overs for victory, but Russell ensured they got full points, dealing mostly in sixes that left the opponents stunned.

Till last week, the Knight Riders were mostly about Russell’s finishing abilities.

But in Jaipur on Sunday, after the bowlers tied down Rajasthan Royals batsmen and restricted them to a modest 139, openers Chris Lynn and Sunil Narine gave a start that made the Knight Riders’ chase easier as they won with as many as 37 balls to spare.

It only proves before tackling Russell, rival sides have to deal with the explosive Lynn-Narine duo at the top that could be as devastating as the West Indies all-rounder.

However, spin is one weapon that the Super Kings have in their arsenal that could test the Knight Riders openers and even Russell. Precisely, it’s yet to be seen if Russell can be equally intimidating against spinners.

The home team comprises spinners who can turn a game with both their wicket-taking abilities and economical bowling, and that includes even the 38-year-old Harbhajan Singh.

If captain Mahendra Singh Dhoni hands the ball over to another spinner along with Harbhajan in the Powerplay, it certainly could test Lynn and Narine, particularly the Trinidadian who relies a fair bit on hand-eye coordination.

The game, in other words, could also turn out to be a contest between spinners of both sides.

If Super Kings have Harbhajan, Ravindra Jadeja and Imran Tahir in their ranks, the Knight Riders too feature Narine, Piyush Chawla and Kuldeep Yadav. Like their Super Kings counterparts, the trio too may enjoy the conditions at the Chepauk.

Besides, Chawla too hasn’t done a bad job either while bowling in the first six overs. If he hasn’t picked up wickets, he has ensured to be economical at least.

Englishman Harry Gurney, brought in for Lockie Ferguson on Sunday, was also pretty impressive and so has been young Prasidh Krishna.

The Super Kings, on their part, brought in South Africa skipper Faf du Plessis in place of the injured Dwayne Bravo and he made an immediate impact with a quality knock (54 off 38 balls) against the Kings XI Punjab last week. His contribution at the top will be crucial again.

Du Plessis may not provide a team with explosive starts, but his sheer presence at the crease, given how he paces his innings and unleashes the right shots at the right time, keeps up the pressure on the opposition.

Suresh Raina hasn’t been in the best of form, but the Super Kings shouldn’t quite take that as a matter of concern because Dhoni is there in the middle order to guide the team at the death.

The former India captain does take a little more time to get set and going, but he has been providing the thrust in the end overs in some style. And he has been quite consistent in doing so.

The Super Kings will certainly be hoping that Dhoni once again leads from the front if the situation demands.