‘Can’t wait to get over there and get to work’ 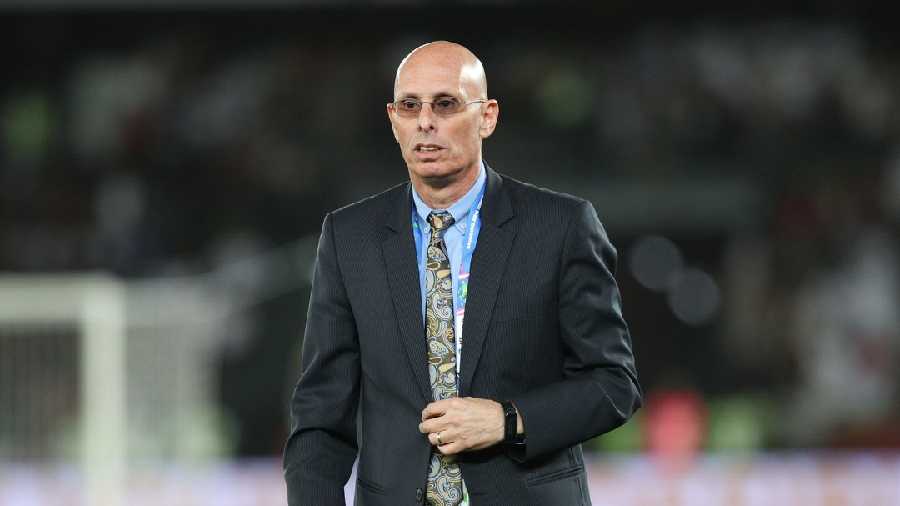 East Bengal have appointed former India coach Stephen Constantine as their head coach for the 2022-23 season.  Constantine was the national team coach twice during 2002-05 and 2015-19.

“Emami Group and East Bengal are delighted to announce that the former India national team head coach Stephen Constantine has been appointed as our head coach for the 2022-23 season,” the investor said in a media statement on Wednesday. The 59-year-old is expected to take charge from September with Bino George entrusted with the job for the Durand Cup and Calcutta Football League.

“Delighted and very excited at being made Head Coach of Emami East Bengal. Can’t wait to get over there and get to work,” Constantine, a die-hard Arsenal supporter, tweeted.    Constantine’s biggest achievement was to take India from 173rd to 97th position in the Fifa rankings during his second stint. Constantine, who is of Anglo-Cypriot descent, had coached the national team at the 2002 Busan Asian Games after he was appointed as the head coach for the first time the same year, and at the 2004 Pre-World Cup. It was under Constantine that India had won the 2002 LG Cup in Vietnam, which is one of the most memorable wins in the new millennium. He was again appointed as coach in January 2015 and it was under him that India won the 2016 SAFF Cup. He guided the team to the 2019 AFC Asian Cup where India were ousted in the group stage after a winning start.

“His experience as India coach clinched the deal. The investors were given some names and they thought Stephen would be the best man for the job. East Bengal are lagging way behind in team building but it’s been thought that his clarity of mind will enable the team to do better in the forthcoming ISL,” a source said.

ATKMB pre-season ATK Mohun Bagan will begin their pre-season at the club ground from Saturday with coach Juan Ferrando expected to reach on Thursday. The club begin their Durand Cup campaign on August 16 with the Derby against East Bengal. The goalkeepers, like new signing Vishal Kaith, who had gone to Spain for a training stint will also be reaching on Thursday. ATKMB will play their inter-zone semifinal of the AFC Cup on September 7 at home. They will lock horns against the Asian zone champions which will be either from Indonesia, Malaysia, or Vietnam.