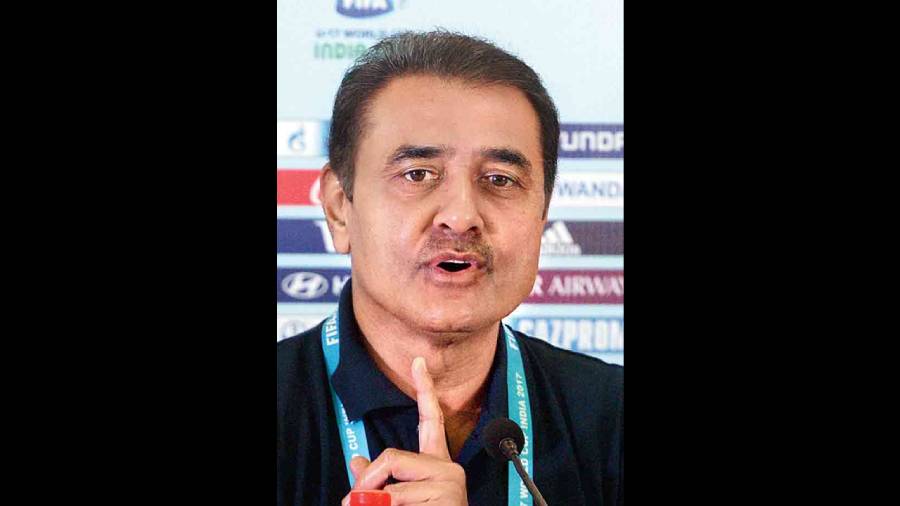 The All India Football Federation is feeling the heat once again.

The sports ministry first told the Supreme Court that the federation should hold elections without further delay and followed it by drastically reducing financial assistance. Last week the Comptroller and Auditor General of India (CAG) constituted a team to conduct an audit of the AIFF for the last four financial years for alleged financial irregularities.

And, on Tuesday, Football Delhi president Shaji Prabhakaran has written a letter to the AIFF president Praful Patel to request Fifa to form a normalisation committee.

The letter assumes importance since this is the first time an affiliated unit of the AIFF has openly voiced its dissent on the way things are being run from the Football House in the capital.

“I would like to suggest an extreme and unprecedented measure. You (Patel) being the FIFA Council Member and head of AIFF can suggest to FIFA to urgently place a Normalisation Committee in India which would then manage the affairs of the AIFF till the elections of the new executive committee. This one step would avoid any future complications and result in bringing back focus to football,” Prabhakaran wrote in the letter dated May 7.

Prabhakaran also claimed the AIFF spends more than Rs 3 crore annually in fighting legal cases and that such a big expenditure is not “justified”.

“Annual expense of Rs 3 crore plus on legal matters is significantly high and not justified. Money saved here (by reducing legal budget) should be spent in organising national youth championships, youth leagues and youth national teams exposure and camps,” he wrote.

An AIFF official though countered Das’s claim. “Fifa appoints a normalisation committee after taking into confidence all the stakeholders and it doesn’t mean derecognising football activities in a particular country. It’s not a ban,” he said.