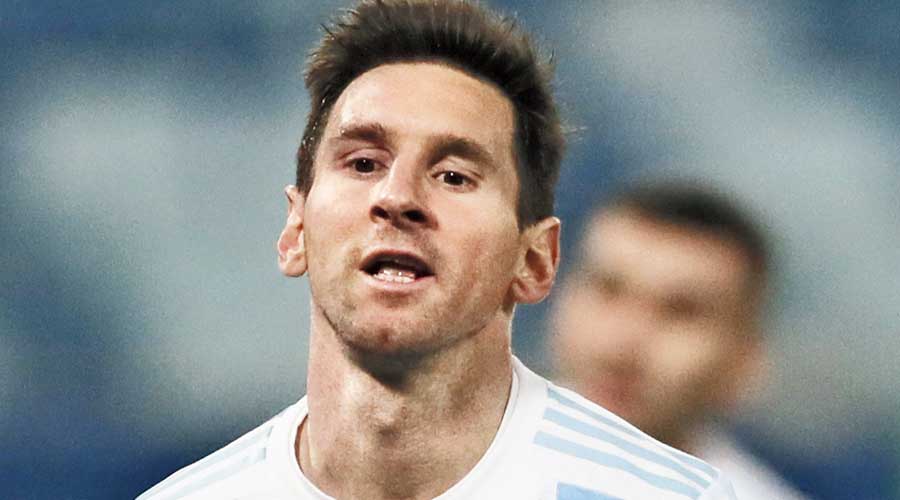 Lionel Messi, Neymar and Kylian Mbappé couldn’t stop Paris Saint-Germain from losing 1-0 at Rennes for a second straight away defeat in the French league as its lead over second-placed Lens dropped to three points.

PSG started with Messi and Neymar in attack before bringing on Mbappé — top scorer at the World Cup in Qatar — early in the second half but still managed only one shot on target in the whole game under driving rain.

“The images will speak for themselves,” he said, “after that there will be choices to make.”

Rennes defender Hamari Traoré showed how to finish in the 65th minute with a crisp low shot past Gianluigi Donnarumma into the bottom right corner.

Messi sent Mbappé clean through moments later but he decided against curling the ball past goalkeeper Steve Mandanda, and instead fired over on his 200th league appearance.

Neymar was anonymous for most of the game, becoming more visible near the end to argue with Rennes defenders when it was too late.

PSG was expected to line up with Messi, Mbappé and Neymar for the first time since before the World Cup. But Galtier surprisingly started Hugo Ekitiké, with Mbappé on the bench, and with 16-year-old Warren Zaïre-Emery in midfield.

Rennes coach Bruno Genesio’s bold move paid off as he selected 18-year-old Lesley Ugochukwu and 17-year-old Désiré Doué in midfield, either side of Croatia’s Lovro Majer.

Brittany side Rennes again proved a tough opponent, having beaten PSG to win the French Cup in 2019 and beating PSG at home 2-0 last season. “We knew we were in for a difficult game and so it proved,” Galtier said. “Rennes was far too comfortable in defense.”

Rennes stayed in fifth place because it needed to beat PSG by two goals to reclaim fourth on goal difference from Monaco — and to do so without last season’s 21-goal top scorer Martin Terrier.

He is recovering from a right knee operation and out for the rest of the season.

Rennes fans held up a banner with “Martin, all the Rennes fans are with you,” and chanted his name.

Striker Arnaud Kalimuendo drew the first save of the game from Donnarumma in the 27th and Rennes forward Amine Gouiri called Donnarumma into action again late in the first half.

PSG looked devoid of ideas as they chased the game and, just like when they lost to Lens 3-1 on New Year’s Day, was dominated physically and lost most of the second balls.

Earlier, striker WissamBen Yedder scored a 14-minute hat-trick as Monaco routed Ajaccio 7-1. Monaco opened the scoring in the second minute through central defender Axel Disasi followed up. Ajaccio was soon 2-0 down when midfielder Krépin Diatta tapped in Vanderson’s cross from the right.

Algeria striker Youcef Belaïli replied for Ajaccio. But Ben Yedder scored in the 21 stand 28th minutes with neat finishes before completing his second treble of the season with a penalty in the 35th.

Lille’s strikers clicked in style with Jonathan David and Mohamed Bayo each scoring twice in a 5-1 win against Troyes.

David, who played for Canada at the World Cup, took his league tally to 12 goals — level in second place in the scoring charts with Lorient’s TeremMoffi and one behind Mbappébefore PSG’s game.