The two-time champions, who had started the season with two wins, could not get the better of a struggling Kolkata side despite having the better of the exchanges 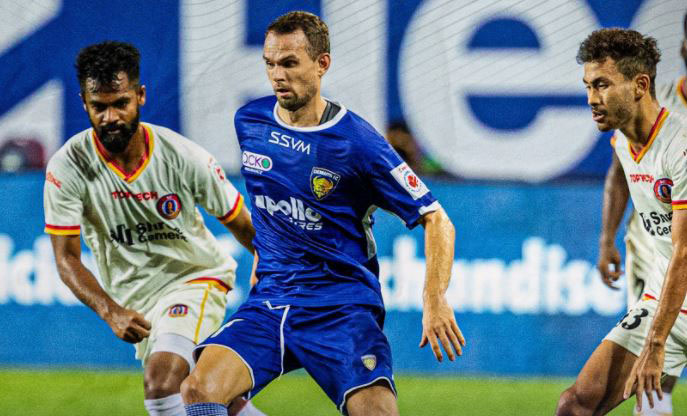 The two-time ISL champions should blame themselves for not logging full points against a team which had shipped in 10 goals in three matches.

Chennaiyin FC missed a lot of chances and that enabled Jose Manuel Diaz’s men to end the two-match losing streak.

SC East Bengal also had a few opportunities but they failed to convert. Once Raju Gaikwad’s header from close missed the target and then Mohammed Rafique could not score from inside the six-yard box.

Chennaiyin now sit on top of the table with seven points. SC East Bengal are placed ninth in the 11-team league with two points. They play FC Goa on Tuesday.