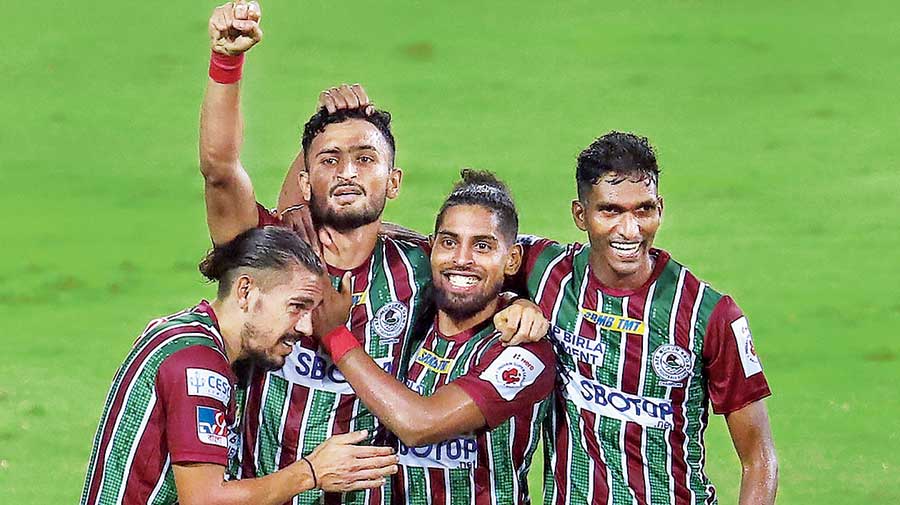 FC Goa will look to carry forward their momentum from the last game and stop ATK Mohun Bagan from completing a hat-trick of wins when the two sides meet in an ISL VIII match here on Tuesday.

FC Goa registered their biggest margin victory in the last game against Chennaiyin FC, thrashing them 5-0. They still need to win their remaining four matches to harbour any slim hopes of a semi-final berth depending on other results to go their way too.

Jorge Ortiz has been at the heart of FC Goa’s resurgence, scoring his first ever hat-trick in the previous encounter. His goals tally for the season now stands at seven.

ATK Mohun Bagan climbed to second spot after their win over NEUFC in the last game.

Sandesh Jhingan made his first appearance this season and the star defender will be ready for his 100th appearance in the ISL.

Joni Kauko was brilliant for ATK Mohun Bagan in the last game, scoring a goal and providing an assist in his first start after five consecutive substitute appearances while Liston Colaco has been in the form of his life.

“Our aim is to help him (Colaco) improve more. Sometimes, it is important to also think about what more you can improve when you are enjoying a lot of success. That is our target as a coaching staff,” ATK Mohun Bagan coach Juan Ferrando said.