'I think we really made a change': Coach Sarina Wiegman 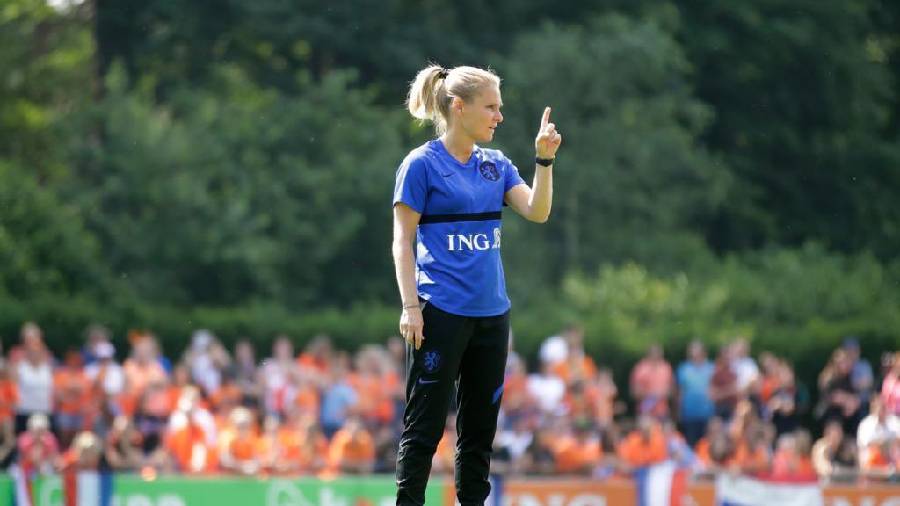 England have changed society with their win in the Women's European Championship, coach Sarina Wiegman said after leading the Lionesses to their first ever major title on Sunday, which sparked scenes of jubilation up and down the country.

Wiegman's side beat eight-time champions Germany 2-1 after extra time at Wembley Stadium in front of a record crowd (87,912) in a tournament that smashed records from one week to the next and garnered huge media coverage in Europe. The entire attendance record for a Women's Euros was beaten halfway through the tournament in England and the host nation were ever-present on the front pages of newspapers as they reached their third major final, finally getting over the line.

"I think we really made a change. I think this tournament has done so much for the game but also for society and women in society in England but I also think in Europe and across the world and I hope that will make a (bigger) change too,” Wiegman told a news conference shortly after it had been interrupted by the team coming in, dancing and singing around her. "It's really, really nice to see what we saw today when we came into the stadium how enthusiastic everyone was and how the fans have stood behind us.”

Wiegman led her native Netherlands to the previous Euros title in 2017 and took over England in September last year, transforming the side into a winning machine, as they have not lost yet under the Dutchwoman. They came into the tournament as heavy favourites but among a crowded field and were put to the test by serial winners Germany, who came back from a goal down in a physically demanding final to take it to extra time. However, it was one of Wiegman's astute substitutions, an ever present of England's run to the final, Manchester City forward Chloe Kelly, who popped up with the winning goal.

The coach conceded that expectations were tremendously high for England. They had not tasted success in either men's or women's football since the 1966 men's World Cup final, an extra-time win over West Germany at a time when women's football was banned in England. But she would not be drawn on whether they could now push on to challenge for the World Cup title in Australia and New Zealand next year, insisting now was the time to let their hair down.

"So, now we won the Euros now the expectations will go through the roof again! First, we've got to party. We are really proud of ourselves of how we accomplished it. We have all seen the development of this game has gone so fast that many countries could win this tournament,” she said. "It's not easy to win this tournament. And that's going to be the same at the World Cup next year... But now it's time to party and then we will have some time off and then we're going to prepare for the World Cup qualification and then the World Cup and hopefully we'll do well.”

Wiegman suffered tragedy in the build-up to the Euros with the death of her sister in June. She was seen kissing her arm after the final whistle and said it was in tribute to her sibling. ”I'm kissing this little armband (bracelet), it was my sister's and she passed away during the build-up to the tournament,” Wiegman said.“I think she was here, she was in the crossbar. She would have been here, she would have been really proud of me and I am proud of her too.”