Barcelona secure a nervy 1-0 win at Dynamo Kiev; Ronaldo rescues a 2-2 draw for United against Atalanta, maintaining his record of scoring in each game so far 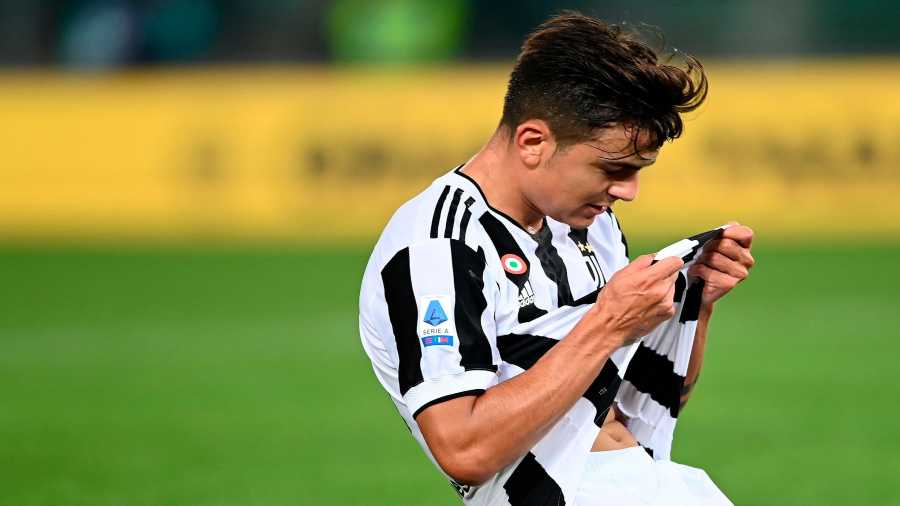 Robert Lewandowski missed a penalty but still got a hat trick.

The Poland star dominated on his 100th Champions League appearance to lead Bayern Munich into the last-16 after a 5-2 rout of Benfica.

Juventus also booked their place in the knockout rounds with a 4-2 win over Zenit St. Petersburg.

They're the first teams to progress this year with two games to spare from the group stage of Europe's premier soccer competition.

Cristiano Ronaldo rescued a 2-2 draw for Manchester United against Atalanta, scoring two goals and maintaining his record of scoring in each game so far. But it was an underwhelming performance from the Premier League team whose hopes rely on the brilliance of its Portuguese stars Ronaldo and Bruno Fernandes.

Barcelona had goalkeeper Marc-Andre ter Stegen to thank for securing a nervy 1-0 win at Dynamo Kiev. The 19-year-old Ansu Fati's 70th-minute goal means the struggling Spanish giants can secure their progress with a win at home over Benfica in the next game.

The 33-year-old Lewandowski took his goals tally to 81 in 100 Champions League games for Bayern and previous club Borussia Dortmund.

Lewandowski had a chance to make it 3-1 before the break, but his penalty was poorly taken and Benfica goalkeeper Odysseas Vlachodimos gathered the ball easily. It was Lewandowski's first penalty miss since February and he reacted with a wry smile.

It was just the latest high-scoring win from Bayern, which previously beat Benfica 4-0, Dynamo Kyiv 5-0 and Barcelona 3-0.

Goalkeeper Manuel Neuer set up Lewandowski's third goal with a long kick out in the 84th minute. It was Neuer's first assist in his 123rd appearance in the competition.

Bayern coach Julian Nagelsmann was back on the sideline after recovering from the coronavirus.

Barcelona was without Gerard Piqu and forwards Sergio Ag ero and Pedri. Interim coach Sergi Barju n's team was the first from Spain in the competition with three players under 20 in the starting lineup Fati (19), Nico Gonz lez (19) and Gavi (17).

The visitors were fortunate that Mircea Lucescu's Dynamo team was unable to make more of its chances. Dynamo is yet to score in the competition this season

Villarreal enjoyed a 2-0 home win over Young Boys, which is bottom with three points.

Ronaldo's late goals have been saving United. He previously had another late winner for the 3-2 win at home over Atalanta, and he scored an injury-time winner for the 2-1 victory over Villarreal.

A win would have made Salzburg the first Austrian club in the last 16 since Sturm Graz in the 2000-01 season but Kohfeldt's hiring appears to have reinvigorated Wolfsburg after two wins from two games. The former Werder Bremen coach replaced Mark van Bommel, who was fired after an eight-game winless run including a 3-1 loss in the first game at Salzburg.

Paulo Dybala scored twice, including a retaken penalty, as Juventus reached the last 16 with their win over Zenit St. Petersburg.

Dybala was given another opportunity from the penalty spot after he fired wide as visiting 'keeper Stanislav Kritsyuk had moved off his line. Dybala, who opened the scoring, made no mistake with his second chance before Federico Chiesa and lvaro Morata sealed the Italian giant's win.

Juventus has now won all four of its matches to lead the group by three points ahead of Chelsea.

Ziyech's goal early in the second half was enough for Chelsea to eliminate the Swedish champion and move closer to the knockout rounds, but the visitors missed the clinical finishing of the injured Romelu Lukaku.

American winger Christian Pulisic made his first appearance for Chelsea since the Premier League season opener on Aug. 14 when he entered in the 74th minute. Pulisic had been sidelined by COVID-19 and then injured his left ankle in September during a World Cup qualifier.