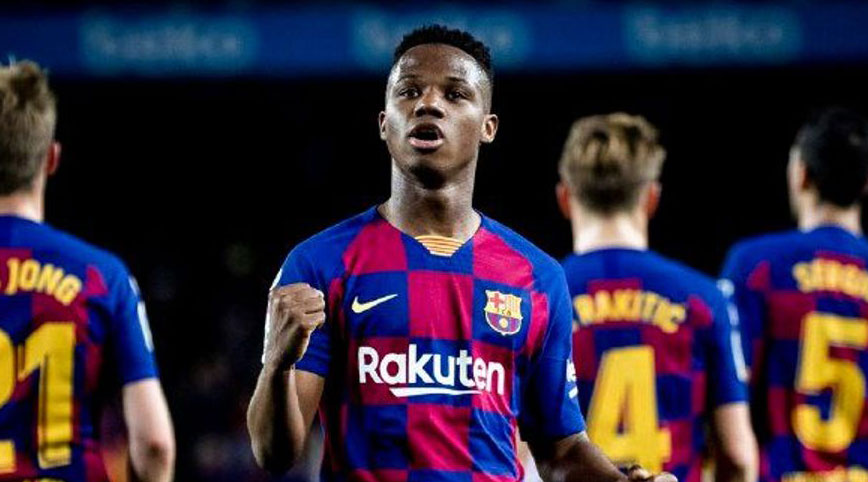 FC Barcelona’s teenage forward Ansu Fati has agreed to a new contract that runs until 2027, the La Liga club announced on Wednesday.

Fati burst onto the scene for Barcelona at 16, when he became the second youngest player in La Liga history.

Fati, who inherited Barcelona’s No. 10 jersey from Lionel Messi when the Argentine left for Paris Saint-Germain, came through the youth system at the Catalan club and has had to fight his way back from four surgeries to repair an injury to his left knee, suffered in November 2020.

However, there is some bad news. Alba sustained an ankle injury and could miss the Clasico against Real Madrid on Sunday, saying he felt “excruciating pain” during the second half.

“I don’t know what it is but I have something. I’m hurt,” Alba said.

“It’s an important week for us, we won two games in a row and losing against Dynamo would have eliminated us from the Champions League. Now it’s the Clasico and it will be tough, we need our supporters to be on our side.”

Spain’s market watchdog approved on Thursday the Spanish football league’s proposal to sell television rights for future seasons to several operators but rejected the idea of four-or-five-year contracts, in a move likely to disappoint La Liga.

La Liga is preparing a tender to sell its TV rights in Spain from 2022 and has cast around for options varying from the current agreement, which gives operator Telefonica exclusivity for most of the major Spanish championship matches.