Hakan Sukur claims rift with Recep Tayyip Erdogan, has exposed him to death threats, false accusations and lack of access to funds 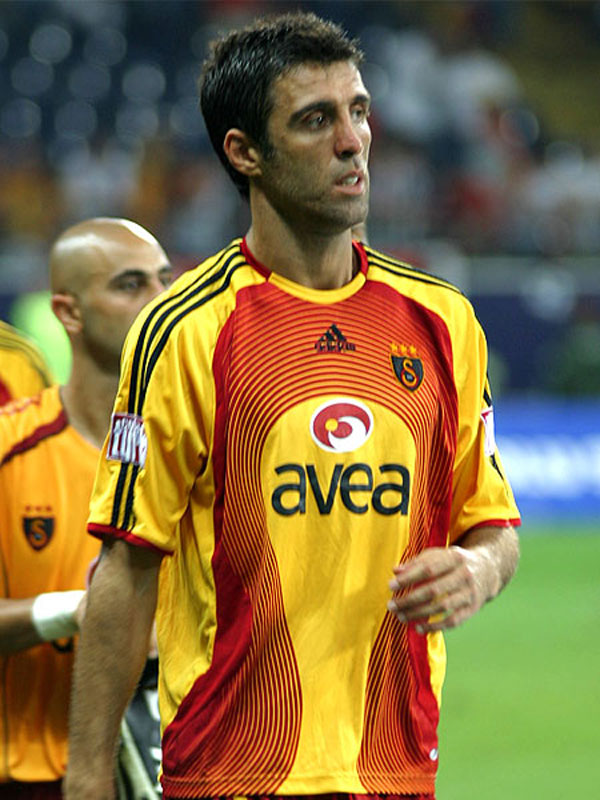 Hakan Sukur, who entered the record books by scoring against South Korea in 10.8 seconds in the third place play-off of the 2002 Fifa World Cup, went into exile after he was accused of participating in an alleged coup attempt in July 2016.
(Wikipedia)
Agencies   |   Published 15.01.20, 09:47 PM

Former Turkey football legend Hakan Sukur, who holds the record for the fastest goal scored in World Cup history, says he is now an Uber driver in the US.

The 48-year-old former Blackburn Rovers, Inter and Galatasaray striker retired from football in 2008. He enjoys iconic status at Galatasaray, which he steered to Uefa Cup (now called Europa Cup) glory in 2000, the first Turkish side to win the coveted crown.

Sukur, who entered the record books by scoring against South Korea in 10.8 seconds in the third place play-off of the 2002 Fifa World Cup, went into exile after he was accused of participating in an alleged coup attempt in July 2016.

In an interview with German newspaper Welt am Sonntag, Sukur said his life has taken an unusual and troubling turn since retiring from football 12 years ago. He claims that a rift with Turkey’s President, Recep Tayyip Erdogan, has exposed him to death threats, false accusations and lack of access to funds.

After hanging up his football boots, Sukur joined politics. Initially, he said, it was smooth sailing as he, in 2011, won a seat in Turkey’s parliament, the Grand National Assembly, as a member of Erdogan’s Justice and Development Party.

But he was also tied to Fethullah Gulen, a Turkish Islamic scholar and rival of Erdogan, whom the Turkish president blamed for a bloody attempted coup in 2016.

Sukur, by then living in the US, reportedly denounced the attempted coup, but was nonetheless, in 2017, described by Turkish-run state media as a “fugitive member of the Fethullah Terrorist Organisation”.

That report described Sukur as living in a $3m house, running a cafe at Palo Alto, “the richest area of San Francisco Bay Area”.

But in the latest interview Sukur has painted a less-than-rosy picture of his life abroad. Sukur revealed how he was paying a price for falling out with Erdogan.

The former footballer said he had his money and assets confiscated and said Erdogan hounded him out of the country in 2017.

“Now I drive for Uber and I sell books,” Sukur said. “I have nothing left, Erdogan took everything: my right to liberty, freedom of expression and right to work.

“Nobody seems able to explain what my role in this coup was supposed to be. I never did anything illegal, I am not a traitor or a terrorist.

“After the split with Erdogan, I started to receive threats. My wife’s shop was attacked, my children were harassed, my father put in prison and all my assets confiscated.

“So I moved to the United States, initially running a cafe in California, but strange people kept coming into the bar.”

Sukur scored 51 goals in 112 appearances for the Turkish national team. His crowing moment came as he spearheaded the side in the 2002 Japan and South Korea World Cup, in which Turkey finished third.