With European Championship coming to an end today, The Telegraph picks its Best XI team 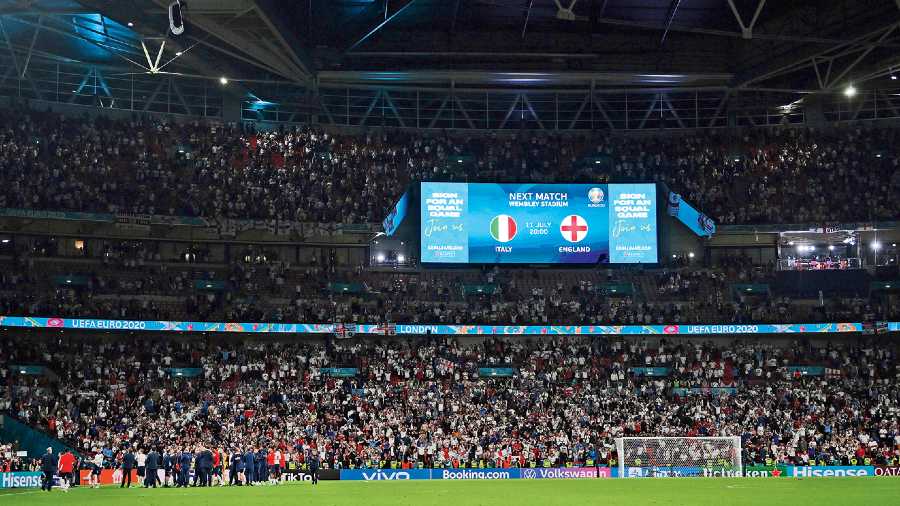 Euro 2020 has seen a glut of great goalkeeping, from the infallibility of England’s Jordan Pickford to the diehard spirit of Switzerland’s Yann Sommer to the calm brilliance of Belgium’s Thibaut Courtois. But there is one man in goal who has oozed class, confidence, and control like no other — Italy’s number one and PSG-bound Donnarumma. With his massive frame, his agile reflexes, and the incredible record of never conceding more than once in five years with the national team, the 22-year-old has been the foundation upon which the Azzurri have built a citadel of excellence.

After years of being maligned at the international level, Azpilicueta has finally found his groove in the colours of La Roja at Euro 2020. Besides scoring a vital goal against Croatia in a nerve-jangling knockout tie, the Chelsea veteran has been superlative in his defensive duties, integrating coach Luis Enrique’s intensity with his natural elegance and stability.

As one half of a classic Italian defensive pairing with Giorgio Chiellini, the 34-year-old Bonucci has turned back the clock with a series of flawless performances this summer. He has played with the zeal of a man who has had enough of being written off because of his age and is on a personal mission to defy the ravages of his time. Always capable with the ball at his feet, Bonucci has also been instrumental in building play from the back, to complement his razor-sharp defensive skills.

Following the tragic incident involving Christian Eriksen and zero points in the first two group games, Danish hopes of advancing were revitalised in no small part by the leadership of Kjaer at the back. An old-school defender but not without his touches of sophistication, Kjaer has been immense as part of a three-member central defence for Denmark. Blessed with a clear reading of the game, the Milan man has typified what his team stand for: tenacity, discipline, and equanimity.

Shaw, playing with the freedom of someone no longer scared of losing their place in the side, has channelled his inner Roberto Carlos to be a constant menace down England’s left flank. His two assists and overall display against Ukraine in the last eight ranks among the finest individual performances in this year’s competition and has only proved something watchful observers of his game have known for a long time: Luke Shaw is a star waiting to explode at the most opportune moment.

Tending to save his best for Wembley, where he has already struck three times, including the all-important, national trauma-healing goal against Germany, Sterling’s pace and passion have been key to England’s smooth passage. His link-up play with Harry Kane has sparkled in the knockouts and his selflessness in tracking back and doing his share of the dirty work have only bolstered his image as the ultimate team player.

When Italy made it to the finals of Euro 2012, an imperious Andrea Pirlo was the heartbeat of the side. Some nine years later, Verratti has lived up to his billing and followed in the glorious footsteps of his decorated compatriot. Be it long or short, floated or drilled, ball-keeping or defense-splitting, Italy’s midfield machine is capable of producing every kind of pass, something he has demonstrated with unflappable ease at Euro 2020.

Favourites France may have unceremoniously crashed out at the round of 16 against the bravehearts of Switzerland, but Pogba still did enough to leave an indelible mark on Euro 2020. While his scorcher of a goal against the Swiss was the obvious highlight, Pogba was gliding through games from the get-go. With the indefatigable N’Golo Kanté by his side, Pogba did not make a single error all summer up until his costly giveaway en route to the Swiss equaliser in Bucharest.

The 29-year-old Forsberg, with an eye for being elusive, has exceeded his mantle by not only creating but also scoring a bag of goals. His four strikes, including a decisive brace against Poland, ensured a satisfactory campaign for the unfancied Swedes, who fell short in a pulsating face-off against Ukraine in the round of 16.

In purely individual terms, Ronaldo has had another stellar major tournament, tying the all-time international men’s goal-scoring record and sailing out of sight on the list of top marksmen in Euros history. For a while, it seemed the Portuguese superstar’s sheer force of will might guide the Selecao to the business end of Euro 2020, but even Ronaldo could not muster something special against a ruthless Belgian side. If this indeed were to be his Euros farewell, it certainly was typically staggering, typically Ronaldo.

Perhaps no name has been Googled more during the Euros than that of this Czech forward, who has gone from relative anonymity to stardom in the space of a few weeks. Be it running the channels, making well-timed runs into the box, or finishing with precision, Schick has shown what neat, efficient football looks like. Then, of course, was the outlier he netted against Scotland — a remarkable long-ranger that will live in the minds of football fans forever.