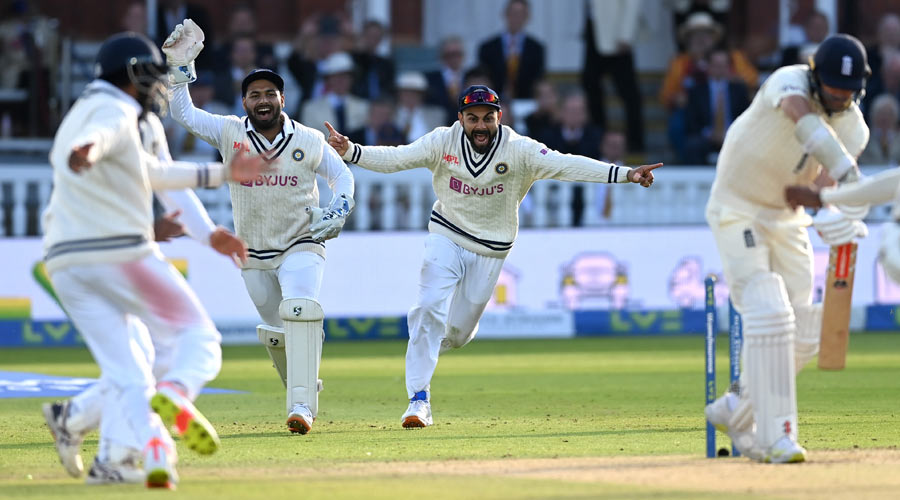 India captain Virat Kohli on Tuesday said there is no reason to change the winning combination but did not shut the door on R Aswhin's inclusion in the playing XI, saying pitch can bring the seasoned off-spinner back into the picture in England.

There has been a debate on benching the senior off-spinner Ashwin till now but Kohli made it clear that he is not deliberating any change in the winning XI for the match beginning Wednesday.

"We have got no reason to change anything, unless people have niggles which we have not encountered since we finished the last Test. You do not want to disturb the winning combination, especially when the team achieved such an incredible win in the second Test," he said.

However, he also added that India might try playing Ashwin because of the pitch.

He said that the team management will assess the pitch on how it could behave on the third and fourth days before making a call on Ashwin.

"As far as Ashwin playing in concerned we are quite surprised to see the pitch the way it was. We could see a lot of surface which honestly I did not expect would be the case.

"I thought there would be lot of grass on the pitch. It will be more spicy and lively. But it won't be the case," said Kohli.

The four-pronged Indian pace attack that ran through the England batting line-up on the fifth day of the second Test at Lord's may have discouraged the home team from leaving grass.

"We always name a 12 and then on the day we have a look at the pitch and what it could become on Day 3 and Day 4 and accordingly we will go in with the right combination," he added.

If Ashwin comes in, it is going to be at the expense of left-arm spinning all-rounder Ravindra Jadeja, who played in the first two Tests.

India beat England by 151 runs in the second Test to take a 1-0 lead in the five-match series.