England, who have not lost a Test series to India at home since 2007, are under pressure to save the five-match rubber 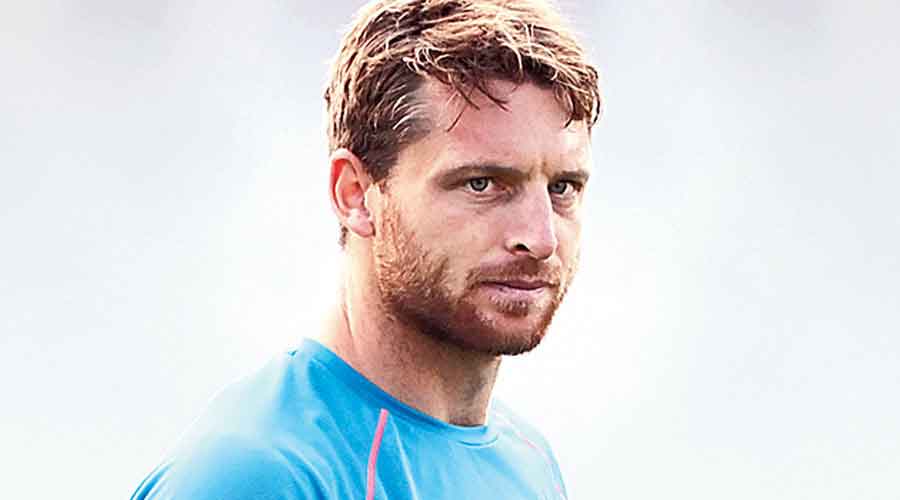 Wicketkeeper-batsman Jos Buttler and left-arm spinner Jack Leach on Tuesday returned to the England squad for the fifth and final Test against India as the hosts gear up save the series. Buttler had missed the fourth Test due to the birth of his second child. India lead the series 2-1 after a famous win at The Oval on Monday.

"Batsman Sam Billings, who was included in the fourth Test squad, has returned to Kent," the ECB said in a statement.

England, who have not lost a Test series to India at home since 2007, are under pressure to save the five-match rubber.

There is a good chance that pacer Mark Woods will return to the playing eleven in place of James Anderson, who could be rested after featuring in four games.

"He's (Wood) certainly someone who comes back into contention. We have got some aching bodies, I'm not going to deny that, so we obviously have to keep an eye on that.

"He could come back and if he does, he will obviously add that pace for us. If the pitch is abrasive as it usually is at Old Trafford there should be reverse swing. He's certainly back in contention," said head coach Chris Silverwood.

On Anderson, he added: "It'll be a discussion that he and I will have together. He will have input into that, without a shadow of a doubt. James knows his own body.

"We have got a bit of time now between this game and the next one. I know what it's like, he won't want to miss any cricket. We have to make sure we look after him. Although there is a gap between the final Test and what's in front of him. He's certainly someone I want to make sure is looked after."