The world No. 15 was beaten by Daniil Ostapenkov in Saturday’s opening match but rebounded on Sunday to beat world No. 1,233 Alexander Zgirovsky 6-1, 6-2 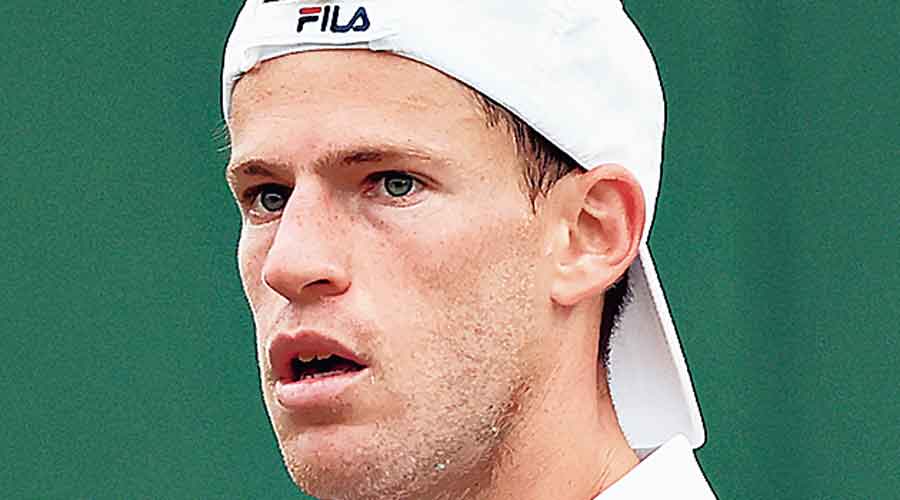 Diego Schwartzman shrugged off a surprise defeat in his opening match to ease Argentina into the 2022 Davis Cup qualifiers on Sunday, sealing the winning point against Belarus.

The world No. 15 was beaten by junior player Daniil Ostapenkov in Saturday’s opening match but rebounded on Sunday to beat world

Argentina had forged 2-1 ahead by winning Sunday’s doubles rubber as Horacio Zeballos and Maximo Gonzalez were made to work hard by Ostapenkov and Erik Arutiunian, winning 5-7, 6-2, 6-2.

The South Americans will now go forward to the qualifiers in February hoping to seal their place in the 2022 Finals, having appeared in the inaugural edition in 2019.

“I don’t know if it was revenge, because it didn’t erase what happened to me on Saturday,” the 29-year-old Schwartzman said.

“But I enjoyed winning the final point.”

Top-seeded Belgium recovered from being two matches down to beat Bolivia 3-2.

Belgium trailed 2-0 at the start of the day in Asuncion, Paraguay, after losing its opening singles on Saturday, but advanced after Sander Gille and Joran Vliegen won their doubles match, followed by reverse singles victories for Michael Geerts on his Davis Cup debut and Ruben Bemelmans.

It was the first time Belgium had won after trailing 2-0 in Davis Cup play.

The Netherlands also made it through to next year’s qualifiers as they won their World Group I tie against Uruguay.

Wesley Koolhof and Matwe Middelkoop sealed their passage with a doubles win against Ignacio Carou and Martin Cuevas, giving the Dutch an unassailable 3-0 lead.

Brazil are also through to the qualifiers after seeing off Lebanon.

The top eight highest-ranked of the 12 winning countries will participate in the 2022 qualifiers to try and make the 16-team finals.

The eight countries are Argentina, Belgium, Brazil, Finland, Japan, the Netherlands, South Korea and Slovakia. The other four will play World Group I elimination matches in November, with the two winners then advancing to the 2022 qualifiers. The four countries are Norway, Peru, Romania and Ukraine.

The 12 losing countries in this round will go back into the World Group I playoffs for 2022 in hopes of getting into the qualifying system for the following year.