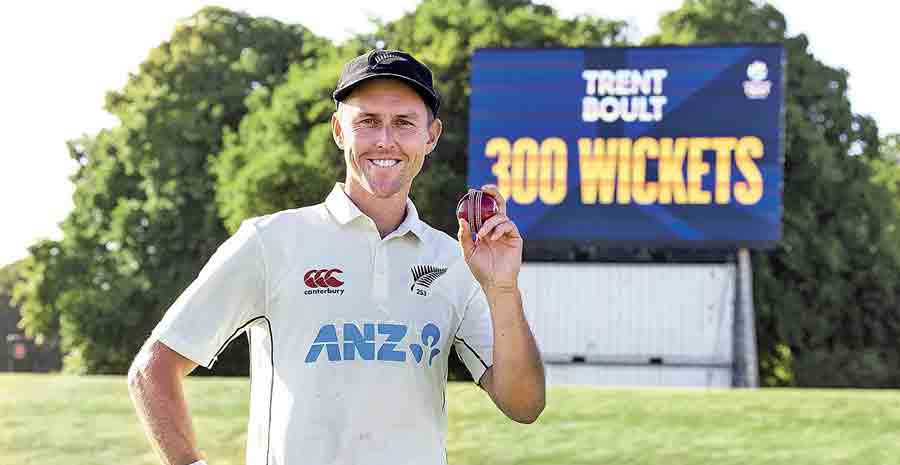 Trent Boult has not given up hope of playing Test cricket again despite declining a central contract with New Zealand Cricket (NZC), the left-arm seamer said on Thursday. Boult has negotiated a “significantly reduced role” with the Black Caps citing the need to spend time with his family though he remains open to stints in T20 leagues around the world. Aware that not having a central contract would affect his chances of national selection, the 33-year-old hoped the Leeds Test against England in July would not prove his last.

“I hope not,” said the seamer, who was picked for the three-match Chappell-HadleeODI series in Australia beginning on Sunday. “I’m fully aware that with the decision I made to give that contractback, it’s going to affect that selection. I’m taking it almost week by week really. “I know the next series is in Pakistan and then at my homeground against England in the new year, but it’s too far away to tell. “I’m going to leave that with New Zealand Cricket and respect their decision.”

The pacer, who was part of the New Zealand squads that finished runners-up in the last two editions of the 50-over World Cup, wanted to have another shot at winning one-day cricket's biggest title in India next year. “It’s only a few months around the corner and there’s a lot of hunger to try to have another crack at that trophy.”

Boult reiterated he gave up his central contract primarily to be able to spend more time with family. “I’ve got three young boys that only see dad for eight weeks a year at the current moment. “If I don’t play any international cricket — obviously I still want to — then that might be a couple of leagues a year and 10 months at home rather than the other way around.”

Kane Williamson has returned from injury and will lead in the ODI series. Williamson had missed the final two games against the WestIndies last week due to a quad injury but is available for the September 6-11 three-match series in Cairns.