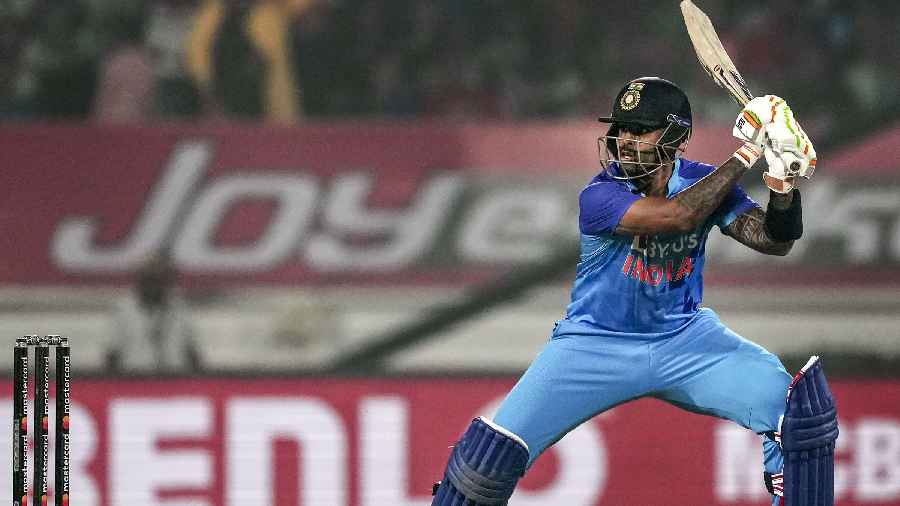 Swashbuckling Indian batter Suryakumar Yadav was on Wednesday named the ICC Men's Cricketer of the Year for his ridiculously good run in the shortest format of the game.

Surya had a stellar 2022, breaking an array of records and setting a benchmark in the format.

However, India vice-captain and last year's Cricketer of the Year Smriti Mandhana lost out to Australia's Tahlia McGrath in the women's category.

Popularly known as 'SKY', the 32-year-old became just the second batter to make more than 1000 runs in a calendar year in T20Is and ended the year as the highest run-getter, scoring 1164 runs at a strike-rate of 187.43.

Surya hit a stunning 68 sixes during the year, easily the most recorded by anyone in a year in the format's history.

The Indian was the key batter for his team through the year, smashing two hundreds and nine half-centuries.

Surya was at his stupendous best during the ICC Men's T20 World Cup 2022 in Australia, recording three fifties in six innings and averaging nearly 60.

Notably, his strike-rate was yet again right up there at 189.68.

Having already recorded a ton earlier in the year, Suryakumar continued his brilliant year after the multi-nation tournament, making his second hundred in T20Is in the bilateral series in New Zealand.