I accept that I am not getting any younger and that the training is getting harder, particularly with the injuries, says the cricketer 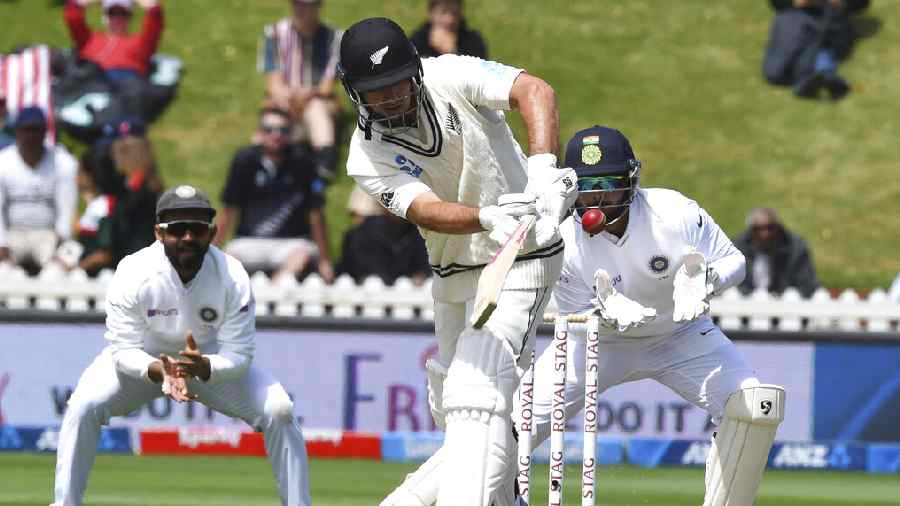 De Grandhomme, 36, made the decision to bring down the curtain on an impressive international career after discussions this week with New Zealand Cricket, which has agreed to release him from his central contract.

The Zimbabwean-born Kiwi said a range of factors had played a part in his decision, not least his struggles with injury and the increasing competition for places in all three formats.

"I accept that I am not getting any younger and that the training is getting harder, particularly with the injuries," said de Grandhomme in NZC statement.

"I also have a growing family and am trying to understand what my future looks like post-cricket. All of this has been on my mind over the past few weeks."

"I've been fortunate enough to have had the opportunity to play for the BLACKCAPS since debuting in 2012 and I'm proud of my international career - but I feel this is the right time to finish."

De Grandhomme departs the international stage with an impressive record, particularly in the Test arena; his 29 matches realising 1432 runs at 38.70, including centuries against the West Indies and South Africa, and 49 wickets at 32.95 including six for 41 on debut against Pakistan.

A measure of his influence in the Test environment is that he featured in 18 wins, playing a key role in New Zealand's inaugural ICC World Test Championship campaign, which ended with victory over India in the final at Southampton.

De Grandhomme also proved valuable in the BLACKCAPS ODI side, in 45 outings scoring 742 runs at a strike-rate of 106.15 and taking 30 wickets at 41.00 with the ball, as the side reached a No.1 world ranking, and qualified for the final of the 2019 ICC Cricket World Cup.

In that tournament, he starred with a 47-ball 60 in a pulsating victorious chase against South Africa, scored 64 against Pakistan, and bowled superbly in the final against England, taking one for 25 off his 10 overs.

De Grandhomme said he'd cherished his time playing for the BLACKCAPS and sharing in such a successful time for New Zealand cricket.

"I've loved being part of this team over the past decade and am grateful for the experiences we've shared together," he said.

"I've made many lasting friendships with team-mates, coaching staff and opponents, and will treasure the memories for the rest of my life."

De Grandhomme said he still retained a desire to play domestic cricket in New Zealand when available, and would be discussing that matter with Northern Districts cricket.