Kids to stars, how Sri Lanka build a team

All these players were picked by us at the Under-19 level and supported to play at the higher level, says Ranjith Madhurasinghe 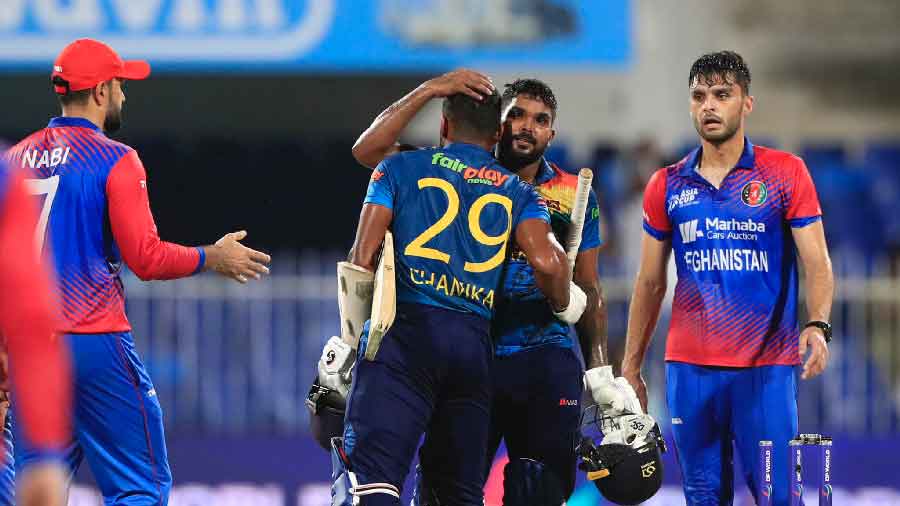 When the Sri Lankan team arrived in the UAE for the Asia Cup, there were many who said that the side were no longer as good as they were in the past. The question they asked was who in the team could be compared to their past superstars like Kumar Sangakkara, Mahela Jayawardene, Muttiah Muralitharan and Chaminda Vaas. Although there are no answers yet to that question, this team has proved everyone wrong by beating India and Pakistan.

Ranjith Madhurasinghe, a former Sri Lanka Test player who also held the position of a national selector, told The Telegraph: “All these players were picked by us at the Under-19 level and supported to play at the higher level.

“We are glad that we unearthed talents like Pathum (Nissanka), (Dilshan) Madushanka, Wanindu (Hasaranga) and many more, and they are doing well at the international level.”

Pakistan coach Saqlain Mushtaq is a motivator with a calm mind. Before matches as well as the practice sessions, he gets everyone to pray together. When The Telegraph had asked him whether the toss would play an important role in the match, he said: “If you want to become champions, you do not think or talk about toss. You have to be champion in the first innings and second innings as well.” Mushtaq has conducted many coaching camps for UAE’s leading cricket academies and many of his students turned up during the training sessions to seek his blessings.

Dhananjaya Mudranaga de Silva, who also goes by the name of “DdeS”, is a useful all-rounder who caught the selectors’ eyes while playing cricket for Richmond College. Most of the Sri Lankan players proudly mention their college when asked about their careers. Hasaranga  is also from Richmond College, while Bhanuka Rajapaksa and Chamika Karunaratne are Royal College Colombo products. Pathum Nissanka is from Isipathana College Colombo and Mahesh Theekshana is from St Bendict’s College.

The Asia Cup has turned into a celebration for Sharjah Cricket. Following the venue becoming the stadium to have hosted the maximum number of international matches, surpassing Sydney Cricket Ground’s record of 280 matches, a huge cake in the shape of the stadium was cut together by all top officials of UAE cricket. Khalaf Bukhatir, the CEO of Sharjah Cricket, organised this event.