The wicket-keeper’s knock was mostly about calculated risks, as he adjusted quite well after coming out to bat at No.5 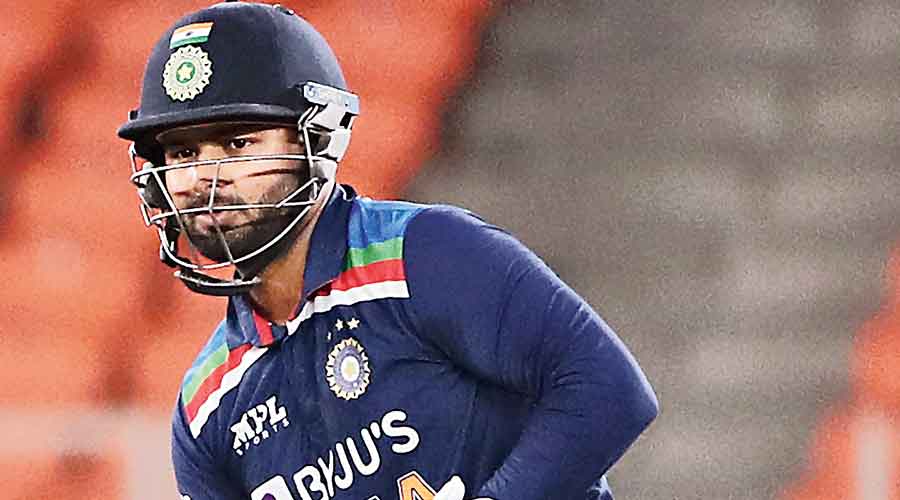 Shot selection has been Rishabh Pant’s problematic area in every format. But on Friday at the Eden, he got almost everything right to hit an unbeaten 52 off just 28 balls to play a crucial role in India’s narrow eight-run in the second T20I over the West Indies that also clinched them the series.

Pant’s knock was mostly about calculated risks, as he adjusted quite well after coming out to bat at No.5. On his part, though, his position in the Team India batting order isn’t much of a concern.

“It’s all bout the team plan. As an individual, I can’t think about having to secure this or that place (in the batting order),” the wicketkeeper-batter said at the post-match news conference when asked if he feels more secured about his place in the middle order in the white-ball formats.

“Whatever the team requires from an individual, he has to do that and keep improving in each and every game as a player,” Pant added.

What Pant did well was curbing his instincts a little bit as he didn’t go bang-bang right from the onset. It was only after the 15th over that he and Venkatesh Iyer pressed on the accelerator, hammering 76 in 5.5 overs during their fifth-wicket partnership.

“We haven’t set any template as such (about when to begin the acceleration), but we tried to capitalise on the middle overs as well. That’s what we have talked about a lot. But at the end of the day, you have to play the situation,” Pant said.

“So when I was batting, I was thinking of taking it slightly deeper. Generally, I would like to start hitting from the 14th or 15th over, but I tried to take it deep because after Iyer, the bowlers were going to come. But he (Iyer) came and played the situation really well.”

Talking about Iyer and his strategy during their significant stand, Pant stated: “We only talked about how we could keep things simple. Our plan too was simple: just see the ball and hit the ball.”

Lauding the Pant-Iyer partnership, captain Rohit Sharma was all praise for the maturity the Kolkata Knight Riders all-rounder showed during his 18-ball 33 on Friday.

“To see that sort of maturity from Iyer is very pleasing. He looks confident and towards the end, he even asked me if I wanted to give him an over,” Rohit said.