In other words, the current form of Ashwin, Jadeja and Axar is good enough to give Ajinkya & co. the edge 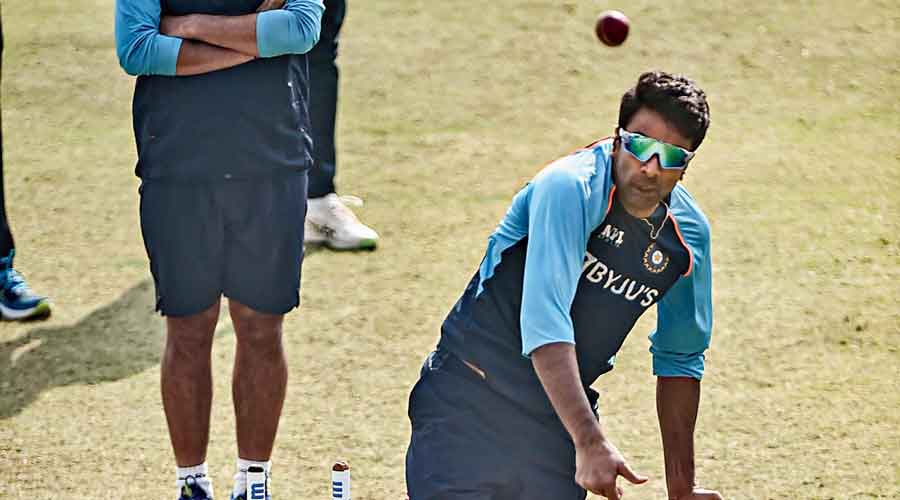 Circumstances were different five years ago when New Zealand last toured India for a Test series. Little did one know then that a pandemic would nearly paralyse normal life three-and-a-half years down the line.

New Zealand, too, weren’t really a top side in Test cricket, which they are now with the inaugural World Test Championship (WTC) title putting them on a different pedestal altogether.

Having said that, there are some things that don’t change, just like India’s dominance in home Tests. The spin web cast around opposition batsmen have been pivotal to their

success. As was the case back in 2016, the Black Caps will again be playing the series opener at Green Park in Kanpur from Thursday.

And make no mistake, the Indians may once again put the visitors on trial by spin. A wicket that has traditionally been far from green, the Green Park surface, on this occasion too, is most likely to aid spinners from early parts of the game. This certainly provides India with an advantage.

In other words, the current form of Ravichandran Ashwin, Ravindra Jadeja and Axar Patel is good enough to give India the edge although on paper, they appear a little short on batting with the

impact-making Rishabh Pant too rested. As stand-in captain Ajinkya Rahane said, the absence of first-choice openers Rohit Sharma and KL Rahul along with Virat Kohli gives a chance to youngsters and those in the reserves to prove their capabilities with Rahul Dravid, in his maiden Test series as India head coach, too giving them necessary guidance.

“We will definitely miss all these three guys (Rohit, Rahul and Kohli). But having said that, it’ll give a good opportunity to youngsters and whoever gets the opportunity should be able to play with freedom as Rahulbhai is backing each and every individual,” Rahane said on match eve.

“Besides, we have guys who can do the job and are experienced. So, we’re not too worried about the opening slot,” Rahane added.

It appears Mayank Agarwal and Shubman Gill would go out to open, followed by Cheteshwar Pujara at No.3, skipper Rahane at four and Shreyas Iyer, all set for a debut, at five. ’Keeper-batsman Wriddhiman Saha, Ashwin and Jadeja are the other certainties in the line-up, while it would be surprising if India don’t continue with three spinners in the XI in these conditions.

Considering his performance in his debut Test series versus England earlier in the year, India should select left-arm spinner Axar along with Ashwin and Jadeja. Off-spinner Jayant Yadav, who last played a Test in 2017, too bowled for quite some time during Wednesday’s training.

To talk of the quicks, it remains to be seen whether India go in with Ishant Sharma, Umesh Yadav and Mohammed Siraj or choose two from the trio.

Aware that there would be a “large spin component” throughout the series, Kane Williamson and Co. seem to be in a dilemma as to whether they should go in with a third pacer in the form of Kyle Jamieson or spinner all-rounder Mitchell Santner as the fifth bowler.

Experienced pacers Tim Southee and Neil Wagner, and spinners Ajaz Patel and Will Somerville seem to be the four confirmed bowlers in the visitors’ XI. It’s New Zealand’s batting which would be facing a stern test, particularly as alongside skipper Williamson, Tom Latham and Ross Taylor are the only ones having an experience of Test cricket in Indian conditions.