Advertisement
Home / Sports / Cricket / ICC Cricket World Cup 2019: Blame it on 3 down for 5 and Guptill’s arm

45 minutes: The slip between cup and lip 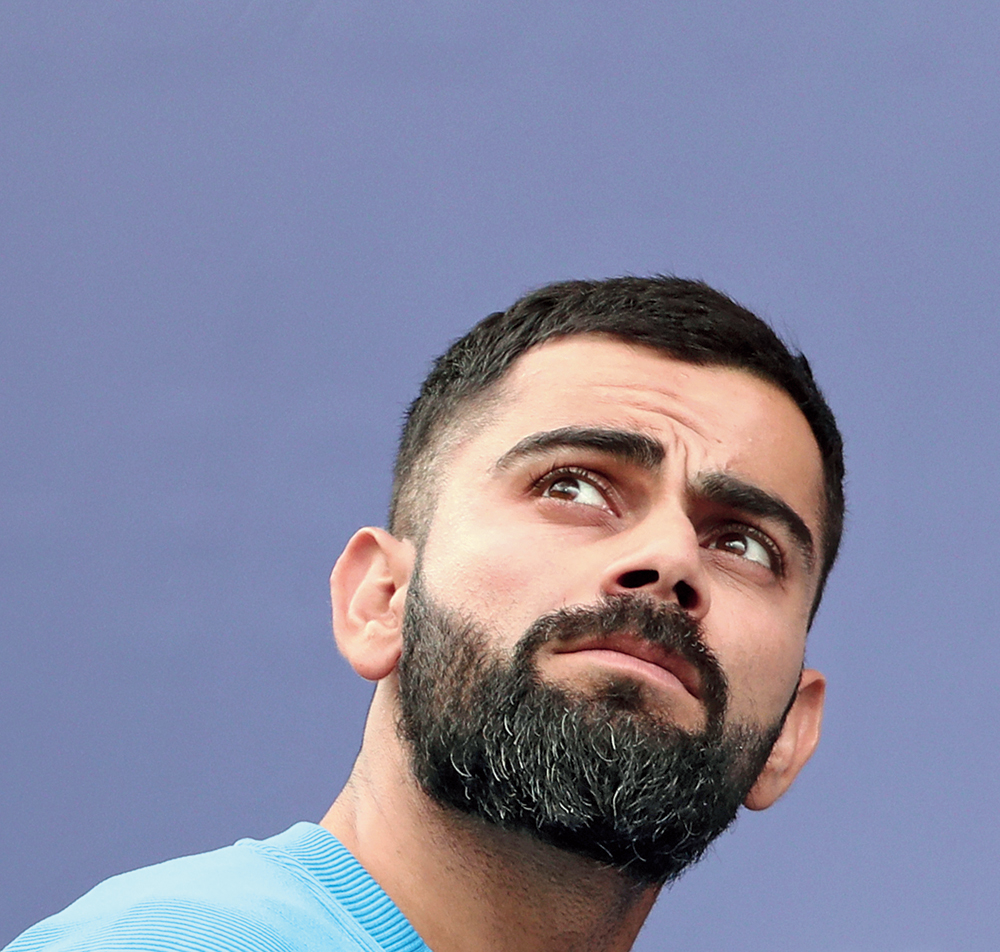 Virat Kohli minutes after India lost the semi-final against New Zealand at Old Trafford in Manchester and were knocked out of the World Cup. “It was a game of margins…. Forty-five minutes of bad cricket puts you out of the tournament. Difficult to accept it but New Zealand deserve it,” Kohli said
(AP picture)
Lokendra Pratap Sahi   |   Manchester   |   Published 11.07.19, 01:24 AM

Martin Guptill had done precious little in the 2019 World Cup till he fired a direct throw to end Mahendra Singh Dhoni’s effort at pushing India across the line in semi-final No. 1.

If it comes down to seizing moments, that was a huge one. In fact, we may have seen the last of Dhoni in the India Blue.

Till Dhoni was around, even after the bold Ravindra Jadeja’s dismissal for a sparkling 77, India had the chance to make their fourth final.

But, then, Guptill had something up his right arm. It was some throw from the 32-year-old. Dramatic and certainly more game-changing than Jimmy Neesham’s superb one-handed catch which sent back Dinesh Karthik.

While New Zealand are through to their second successive World Cup final, India got knocked out in the round-of-four stage for the second time in a row.

The script which played out for India in Sydney four years ago got repeated here on Wednesday. Only, it wasn’t Australia this time.

Knockout matches have that one-off stamp and, naturally, danger lurks.

India qualified as the No. 1 team and New Zealand as No. 4. That, however, had no bearing on the outcome. Or, let’s say an under-the-radar New Zealand ambushed India.

New Zealand set a target of 240, which at best was a fighting, not a winning number. But, hold on, India’s top three batsmen were about to create unusual history.

In a first across all three formats, not just ODIs, vice-captain Rohit Sharma, captain Virat Kohli and K.L. Rahul each got out for 1 run.

So, before the spectators at Old Trafford could settle down after the 10-minute break at the end of New Zealand’s carried-over innings, India were 3 down for 5 runs.

Clearly, if the first three batsmen, with 20,645 ODI runs behind them, contribute 3, big trouble becomes the order of the day.

Player of the Match Matt Henry (3 for 37) and Trent Boult hit the right areas and managed enough swing to embarrass those among the very best in business.

Henry and Boult were unrelenting in the pressure they applied. As important was Kane Williamson’s captaincy.

Williamson was brilliant in rotating his bowlers and caught the eye with some unconventional field placements.

No less significant was left-arm spinner Mitchell Santner’s role. His first spell (6-2-7-2) choked India and he finished with 40 dot balls in 10 overs! Incredible.

We should now stop talking about India’s batsmen being very good against spin. Over and over again, it has been seen they aren’t.

Rishabh Pant, who lacks maturity and didn’t build on a “life”, and Hardik Pandya did the initial rescue act, but the 47 they added for the fifth wicket wasn’t enough.

By then, 240 was beginning to look more like 440. Moreover, New Zealand’s self-belief kept growing.

Briefly, barring the later stages of the Jadeja-Dhoni partnership, New Zealand looked confident of defending their 239 for eight.

Jadeja and Dhoni (50) collaborated a World Cup record of 116 for the seventh wicket, but with the asking rate almost heading for the sky, the former got out going for what would have been his fifth six.

Till the two were in the middle, the semi-final was actually becoming the story of The Protege and The Mentor.

Jadeja, after all, has been seen as somebody nursed by Dhoni. Both, by the way, turn out for the same IPL franchise, the Chennai Super Kings.

It was curtains in the 49th over, when Dhoni got run out. The India innings formally ended in 49.3 overs, New Zealand winning by 18 runs.

Finished with tears in the stands, possibly tears in the dressing room too. The reality is that the most-passionately-followed team is out of the World Cup.

“India looked the best in the competition and, yes, they should be proud of the way they played — with the exception of their batting in the semi-final.…

“I’m sure India will pick themselves up sooner rather than later,” Clive Lloyd, a legend and the first captain to lift the World Cup twice in succession, told The Telegraph.