With eight wins from nine games, Pandya’s & co. have one foot in the play-offs 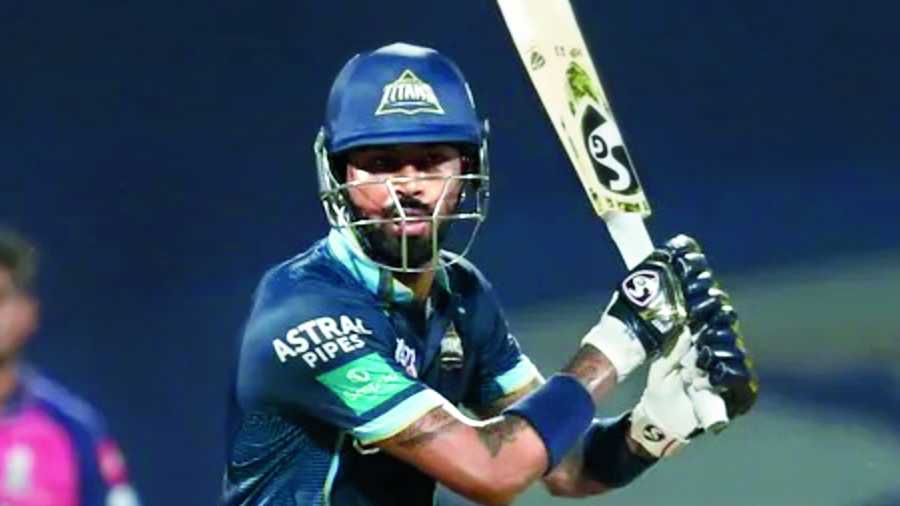 Hardik Pandya fears that his team, Gujarat Titans, have peaked too early and might go on to lose steam in the business end of IPL 2022. Punjab Kings will hope that Hardik’s fears come true when the two teams face off in Navi Mumbai on Tuesday. That’s because no team is otherwise sure how to get the better of the all-conquering Titans.

With eight wins from nine games, the Titans have one foot in the play-offs. They have successfully wriggled out of every tight corner they have been pushed to, with multiple match-winners making captain Hardik’s task that much easier. It is almost as if whatever they do, ultimately it has to come right.

It’s not only about the tight finishes, which have seen miraculous knocks from either Rahul Tewatia or David Miller or Rashid Khan pulling off seemingly impossible wins, the Titans have looked blessed in several other aspects as well. For example, an in-form Yash Dayal couldn’t play their last game with an injury, but in came another left-arm seamer, Pradeep Sangwan, who bowled equally well in his first IPL match in four years.

The Titans, therefore, will undoubtedly start as favourites against Punjab, who are languishing in the bottom half of the points table with five losses from nine games.

Punjab, captained by Mayank Agarwal and coached by Anil Kumble, have lacked consistency, with their big guns not really firing. The onus therefore will be on the likes of Jonny Bairstow, Shikhar Dhawan and Kagiso Rabada to pull the team up.