DK looks to be in the best phase of his career at present, says former selector MSK Prasad 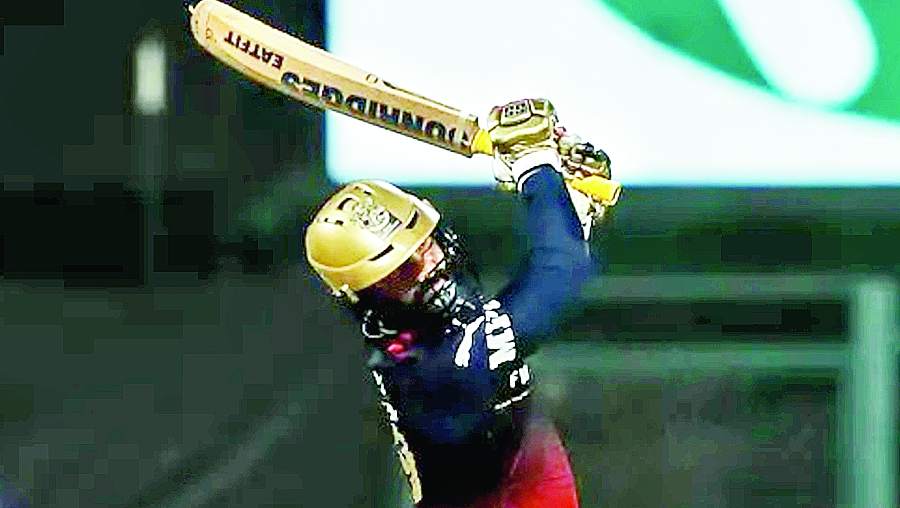 Stability, calmness and clarity of mind have combined to make it work for Dinesh Karthik in the ongoing IPL.

In three matches so far for Royal Challengers Bangalore (RCB), Karthik, who had an indifferent IPL 2021 for Kolkata Knight Riders, came out to bat late in the innings and has aggregated 90 runs at a strike rate of 204.54. And without being dismissed.

Such control and judicious shot selection in the slog overs used to be the attributes of Mahendra Singh Dhoni. Even if it sounds as an overstatement, RCB captain Faf du Plessis iterated after their four-wicket win over Rajasthan Royals on Tuesday that Karthik’s finishing skills are on the same level as Dhoni’s.

Former national chief selector MSK Prasad, who was at the Wankhede on Tuesday for commentary, agreed. “DK looks to be in the best phase of his career at present,” he told The Telegraph.

“Usually, he seems to be in a hurry doing so many other things... But the Dinesh Karthik we have seen in this IPL is an absolutely different version. He looks very calm and composed, just the kind of qualities we used to see in MS.

“MS had this quality of remaining calm and stable all through his career. Right now, DK is in that phase of mind where he’s getting the better of pressure.”

Before this IPL, Karthik last had game time in December when he captained Tamil Nadu in the Vijay Hazare Trophy. He was the top run-getter (376) for his team. Then, he underwent rigorous practice for two-and-a-half months in Mumbai, which seems to have paid dividends.

“That was the difference as to where I am today. Those moments when you practise, you visualise these (tough) situations and try to do well,” Karthik said in a video on the RCB Twitter handle.

If Karthik, who will be 37 this June, signs off with even better figures in this IPL, it still may not be enough for an India recall. Having said that, he’s already an example to many with his commitment to the game, given the consistency with which he has been performing for his franchise as well as his state.

“A lot of people may have written DK off. But the kind of performances he’s producing under pressure, it’ll definitely spring a thought in everybody’s mind that he’s the best guy at that position to finish off games,” Prasad, also a former wicketkeeper-batsman, emphasised.