With Rai taking a logic-defying soft stand, Johri continues to be on leave 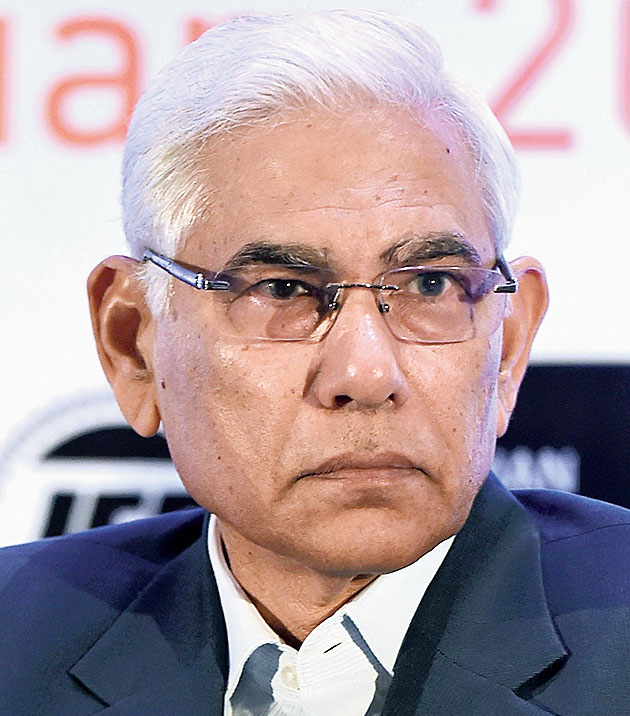 It’s a highly embarrassing blow to Vinod Rai, who heads the two-member Committee of Administrators (CoA), appointed by the Supreme Court.

After all, Rai’s hand-picked three-member independent panel formed to look into allegations of sexual harassment against the Board of Control for Cricket in India’s CEO, Rahul Johri, has been quickly reduced to two.

According to well-placed sources of The Telegraph, former Central Bureau of Investigation (CBI) director P.C. Sharma, one of the members of the panel, has “recused” himself as son-in-law Abhinav Mukherjee is one of the Board’s lawyers and has been representing the organisation in the Supreme Court.

It’s a conflict of interest as the Board’s lawyers had, of late, been interacting exclusively with Johri.

That Sharma has “recused” himself reflects poorly on Rai alone as Diana Edulji, the other member of the CoA, dissociated herself from the formation of any panel. Her argument: Johri should either be sacked or compelled to resign.

With Rai taking a logic-defying soft stand, Johri continues to be on leave. What that says about the quality of governance in the Board is quite another matter.

Maybe, the Supreme Court would have some observations to make.

Rai, who is a retired bureaucrat, obviously had no thorough background checks done before announcing that Justice (Retd) Rakesh Sharma, Barkha Singh and the former CBI director would look into the allegations against Johri.

Those in the know about Sharma having “recused” himself are finding it hard to believe that the background checks could have been handled so callously, in he process harming the Board’s image.

In fact, it’s possible that the mandatory exercise of background checks wasn’t even done at all. Otherwise, Sharma’s conflict of interest would have surfaced straightaway.

This Reporter understands that Sharma's replacement would most likely be a lady, thereby making it two women on the three-member panel.

Late on Sunday, word was that Veena Gowda, an external member of the Board’s internal complaints committee, had emerged as the front runner to take Sharma’s place.

Just by the way, the head of that committee, Kareena Kripalani, resigned a few days ago.