Mithali kept Indian Women's cricket in the news even when people were not interested in it: Senior sports scribe 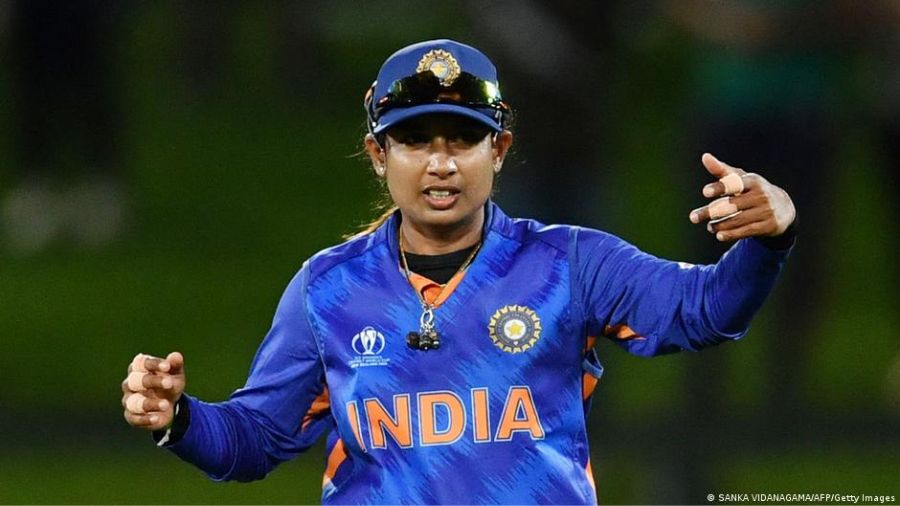 The leading run-scorer in women's international cricket, Mithali Raj, has retired without a World Cup win to her name. But her 23-year legacy as a pioneer of the sport for women in India is secure.

Mithali Raj, one of the greatest cricketers to grace the field, announced her retirement following an illustrious 23-year career.

The former Indian captain hinted in March that she would step away from the game after her side failed to the make the World Cupsemi-finals following a narrow final-group game defeat.

In what proved to be her final innings spectators were treated to a half-century reminiscent of Raj at her peak – infused with excellent timing and placement.

"Like all journeys, this one too must come to an end," she announced in a statement on Twitter.

Raj added: "Each time I stepped on the field, I gave my very best with the intent to help India win. I will always cherish the opportunity given to me to represent the tricolour."

Her true legacy to the game came from her single-mindedness to ensure women's cricket was valued in India.

"Women's cricket was dead in India, but she changed the face of it,” Raj's former international teammate Nooshin Al Khadeer told DW. "She was the eye-opener to a man's world.”

Raj was born in Jodhpur in 1982 but fell in love with dancing before cricket. However as Raj has expressed in the past, with her parents invested in seeing their daughter become one of the best female cricketers in India, it was path she forged somewhat reluctantly early on.

In 1999, 16-year-old Raj scored a debut one-day international (ODI) century in England for India's U19s. The success did not lessen Raj's commitment, the teenager waking daily at 4am for practise and training for at least eight hours a day.

"There was an extreme detachment for Mithali of having no friends, no social life, no TV, no music," Al Kahdeer explained.

Three years later, aged just 19, that sacrifice paid off. In only her third Test match, she broke the record for the world's highest individual Test score when she struck 214 against England. She became the world's leading female run-scorer in 2021.

At only 22 she was made captain of the international and helped India reach the final of the 2005 World Cup.

The success under the helm of Raj forced the Board of Control of Cricket in India (BCCI) after many years to bring women's cricket under its stewardship in 2006.

"Throughout her career Raj has made sure that people knew that this team existed'" said cricketer-turned-journalist Ananya Upendran.

"She kept Indian Women's cricket in the news even when people were not interested in it and made it relevant for a very long time, especially through the 2000s."

A second World Cup final appearance in 2017 proved to be another turning point for women's cricket in India.

Having turned to coaching, Al Kahdeer remembered how prior to the 2017 World Cup seeing only 40 girls turn up for trails. However, after culmination of the tournament, more than 200 girls arrived.

"The 2005 World Cup showed the BCCI that women's cricket was there," Al Kahdeer explained. "The 2017 World Cup was an eye-opener for parents to understand that there is a career for their girls.

Upendran added: "22 years after her career started, any young batter coming through the Indian circuit now if you ask them who they look up to it is Mithali."

A decision to televise all of India's home matches followed the team's 2017 World Cup final appearance, but progress in the women's game has been so slow that Raj's current struggles at the crease might stay more in the memory than her prime years.

"From 2006-2014, she was scoring runs for fun. There was no real stability in the Indian batting line-up at that time. She had to reign in her natural instincts and force herself to be something that the team needed,” Upendran explained.

"A large part of me is worried this is how most of India will remember her, as the captain who couldn't win anything, couldn't keep pace with the current game and potentially held her team back.”

The outpouring at the end of the 2022 World Cup suggest otherwise. India might not have won, but the widespread recognition of what Raj did is clear.

Even though Raj cut a dejected figure following the end of her final chance of fulfilling World Cup dreams in March 2022, she still managed to reflect on the greater picture.

"The game was good for the sport," she said before directly addressing the Indian supporters. "I hope you continue to support women's cricket and the Indian Women's team in the coming years."

While her playing career might have reached its conclusion Raj's knowledge and vision for the game would be well tapped into.

"The journey may have ended but another one beckons as I'd love to stay involved in the game I love and contribute to the growth of Women's cricket in India and world over," she added.

And, though Raj bows out without any silverware she has left an ever-lasting imprint on the game.

"Mithali is and will be the face of women's cricket in India forever," Al Kahdeer said.