Brendon McCullum hopes for some luck 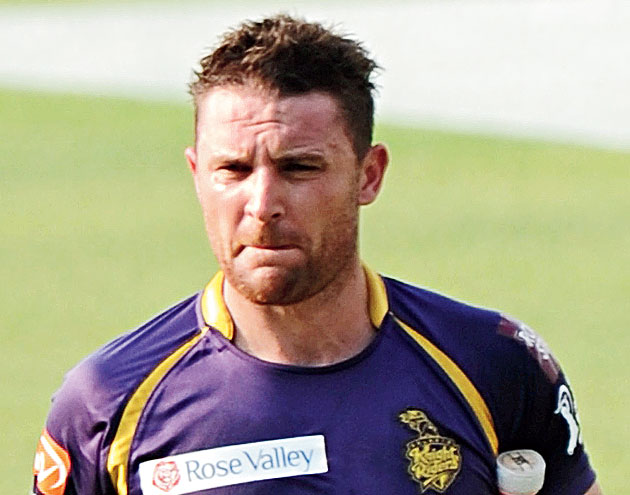 Brendon McCullum will be in the city for the IPL 2020 auction on Thursday.

The newly appointed head coach of Kolkata Knight Riders is hoping that “the cards fall” in the franchise’s way during the auction.

“On the way to Kolkata for the @IPL Player Auction. Our @KKRiders squad will be complete in just a couple of days time. All the planning & preparations behind the scenes will require some luck come auction night. Here’s hoping the cards fall our way,” tweeted the former New Zealand captain.

McCullum started his IPL career with KKR in the inaugural season in 2008 and smashed 158 not out off 73 balls in the first match in Bangalore, an innings that he later said changed his life.

McCullum retired from all forms of cricket following the conclusion of his campaign in the 2019 edition of Global T20 Canada. The 38-year-old has played 109 IPL matches and would be looking to leave a mark as a coach. As a player, he has 2880 runs in the lucrative tournament.

Virat Kohli has said Royal Challengers Bangalore will have all their bases covered heading into Thursday’s auction.

“We’ve had a few discussions to build a team around, strong core that we already have and we assure you that we are going to cover all the bases that are required and build a very strong team to have a really good season in 2020,” Kohli said in a video.