Reports said that Afghan women, including the country's women's cricket team, were banned from playing sport under the Taliban administration 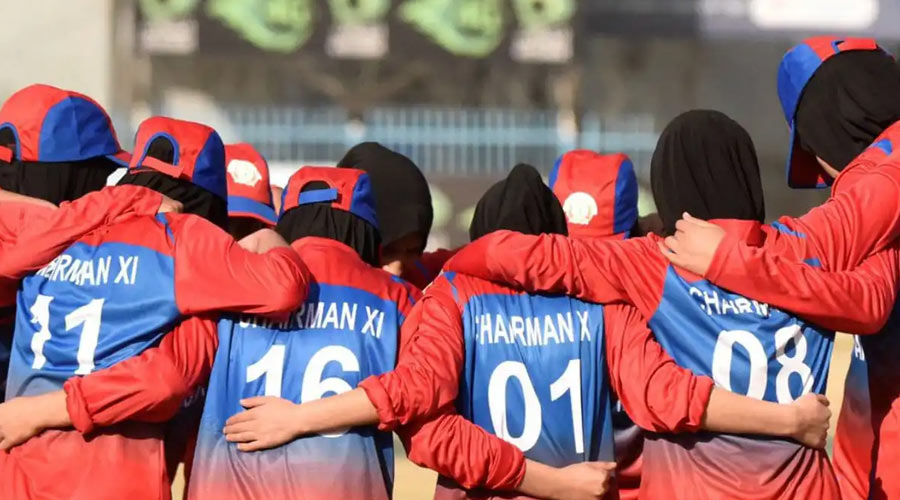 Afghanistan cricket, especially the women's game, had plunged into uncertainty last year due to the drastic changes in the political landscape following the takeover of the country by the Taliban.
File picture
PTI   |   Dubai   |   Published 13.11.22, 11:11 AM

The ICC on Sunday said the Afghanistan government supports the world body's constitution and has "in principle" agreed to resuming women's cricket in the country.

Afghanistan cricket, especially the women's game, had plunged into uncertainty last year due to the drastic changes in the political landscape following the takeover of the country by the Taliban.

There were reports that Afghan women, including the country's women's cricket team, were banned from playing sport under the Taliban administration.

The ICC had then set up a Working Group to review the status of cricket in the country.

The government official reiterated their commitment to fully respect and comply with the ICC constitution, in particular the need for diversity and inclusivity and for the ACB to operate independent from government interference, the ICC said.

"The meeting was positive and respectful and the government representative was clear in his support for the ICC constitution including in principle for women's cricket in Afghanistan," Working Group Chair Imran Khwaja said.

"There are obviously challenges for it to resume but we will continue to work with the ACB to take this forward.

"The Working Group will closely monitor the commitment undertaken by the Afghanistan government and will continue to report back to the ICC Board."

It is an ICC requirement for full members to also have a national women's team, besides the men's side.

Afghanistan is one of the full members of the ICC. The Afghanistan's men team took part in the 2021 and 2022 T20 World Cup.

Hosts of ICC U19 global events until 2027 announced

Sri Lanka, Malaysia and Thailand, Zimbabwe and Namibia and Bangladesh and Nepal are set to host ICC U19 events from 2024-2027, the world body said on Sunday.

The 2024 U19 men's World Cup will be hosted by Sri Lanka while the 2026 edition will be staged in Zimbabwe and Namibia.

The 2025 U19 women's T20 World Cup will be held in Malaysia and Thailand, and the 2027 U19 women's event will be jointly hosted by Bangladesh and Nepal.

"The hosts were selected via a competitive bidding process overseen by a Board sub-committee chaired by Martin Snedden," the ICC said in a media release.

"The ICC Board accepted the recommendations of the committee who conducted a thorough review of each bid along with ICC management."

The qualification pathway for the 10-team 2024 women's T20 World Cup was also approved.

Eight teams will qualify for the event automatically comprising the top three teams from each group from the 2023 T20 World Cup, the host Bangladesh (if not in the top three of Group 1) and the next highest ranked teams on the ICC T20I Rankings on February 27, 2023.

The remaining two teams will be identified through the 10-team women's T20 World Cup Global Qualifier.

The 10 will comprise South Africa and Zimbabwe as full member hosts and the next eight highest ranked teams on the ODI rankings on a date to be confirmed.

The remaining four teams will qualify via the ICC CWC Global Qualifier.