With this victory, India also wrapped up the series, taking an unassailable 2-0 lead with the inconsequential third and final game left to play 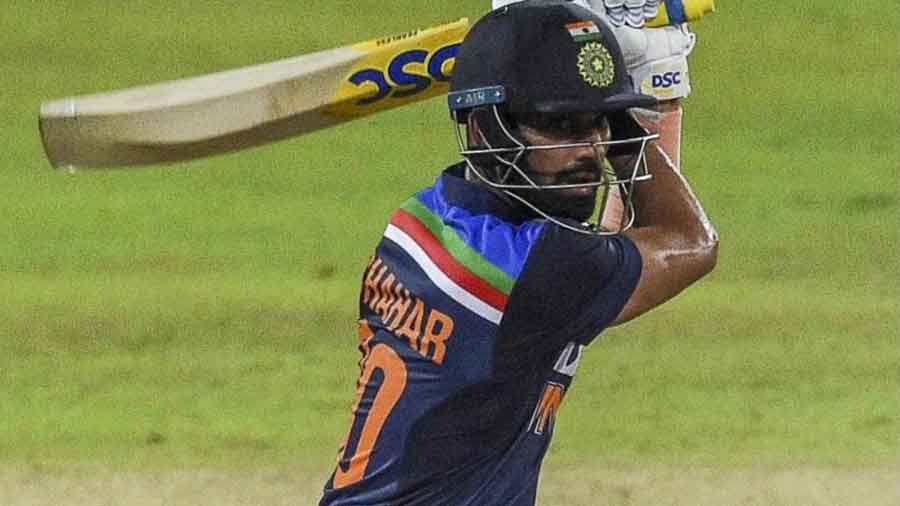 Courtesy the ‘A’ tours and the IPL, Indian cricket has been coming up with several characters who are ready to throw down the gauntlet no matter what the task is. We saw that in Australia and on Tuesday, the Premadasa in Colombo too was witness to New India’s bravado. This time, it was Deepak Chahar who stood up to the challenge.

The Rajasthan and Chennai Super Kings all-rounder had proved his mettle with the ball in the past, but in the second ODI, where Sri Lanka had put India under severe pressure, Chahar (69 not out) shone with the bat too. With the steady Bhuvneshwar Kumar (19 not out) giving him good company, Chahar led his side to a thrilling three-wicket win with five balls remaining.

With this victory, India also wrapped up the series, taking an unassailable 2-0 lead with the inconsequential third and final game left to play. For the record, this was India’s ninth consecutive bilateral series win.

At one stage, it seemed as if India’s series win may have to wait till the final ODI on Friday, especially when Wanindu Hasaranga’s fine bowling had reduced them to 193/7 in the 36th over with another 83 needed for victory. Worse, India had lost all their established batsmen after leg-spinner Hasaranga took his third, cleaning up Krunal Pandya with a beauty.

For Chahar and Bhuvneshwar though it wasn’t over yet. They focused primarily on ones and twos initially, running very well and intelligently between the wickets. With 56 needed off the last eight overs, Chahar began taking calculated risks with the rub of the green too going in his favour on certain occasions.

The Sri Lankan bowlers, particularly their quicks, kept bowling the wrong line at the death. Hasaranga hardly got any support from the other bowlers.

What also stood out was Chahar staying unflustered even when he took a bit of time to settle down, coming in after the departure of Suryakumar Yadav (53) at a critical stage. The target looked stiffer when Krunal departed, but Chahar’s self-belief and Bhuvneshwar’s superb support from the other end in their 84-run unbroken stand had the last say.