Amit, the top-seeded Indian, prevailed in a 1-4 split verdict against Paalam 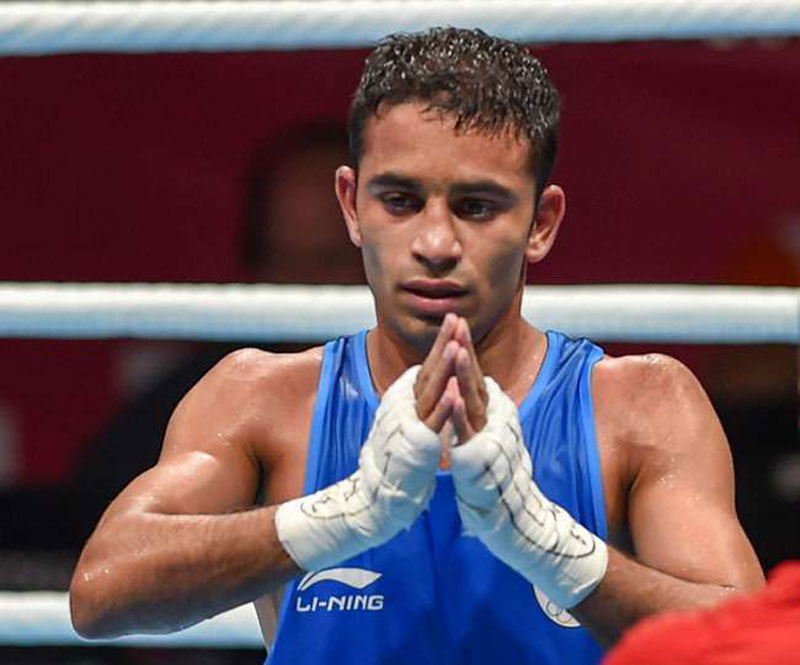 Second-seeded Mary Kom, who won a bronze in the 2012 London Olympics when women's boxing was first introduced at the showpiece, won the qualifier bout 5-0 here.

The top-seeded Indian, who is the reigning Asian Games and Asian Championships gold-medallist, prevailed in a 1-4 split verdict against Paalam.

“I had played my opponent twice and had beaten him as well. I came with a lot of confidence to get the win this time too. I executed whatever strategy my coaches had chalked out. I am glad that gave me the win as well as the Olympic quota,” Panghal said.

However, former junior world champion Sakshi Chaudhary (57kg) failed to secure an Olympic berth after going down to Korea's Im Aeji in the quarter-finals.

The 19-year-old Chaudhary lost 0-5 to Im, who is also a former world youth champion. Only the semi-finalists are entitled to an Olympic berth in the women’s 57kg category of the ongoing event. Her next shot at Tokyo qualification would be the world qualifiers in May, provided she is selected for it.

World Championships bronze medallist Manish Kaushik (63kg), meanwhile, went down 2-3 to Chinzorig Baatarsukh of Mongolia. Kaushik can still fulfil his Olympic dream as six boxers will qualify from 63kg. He will get one more chance with a box-off opportunity.