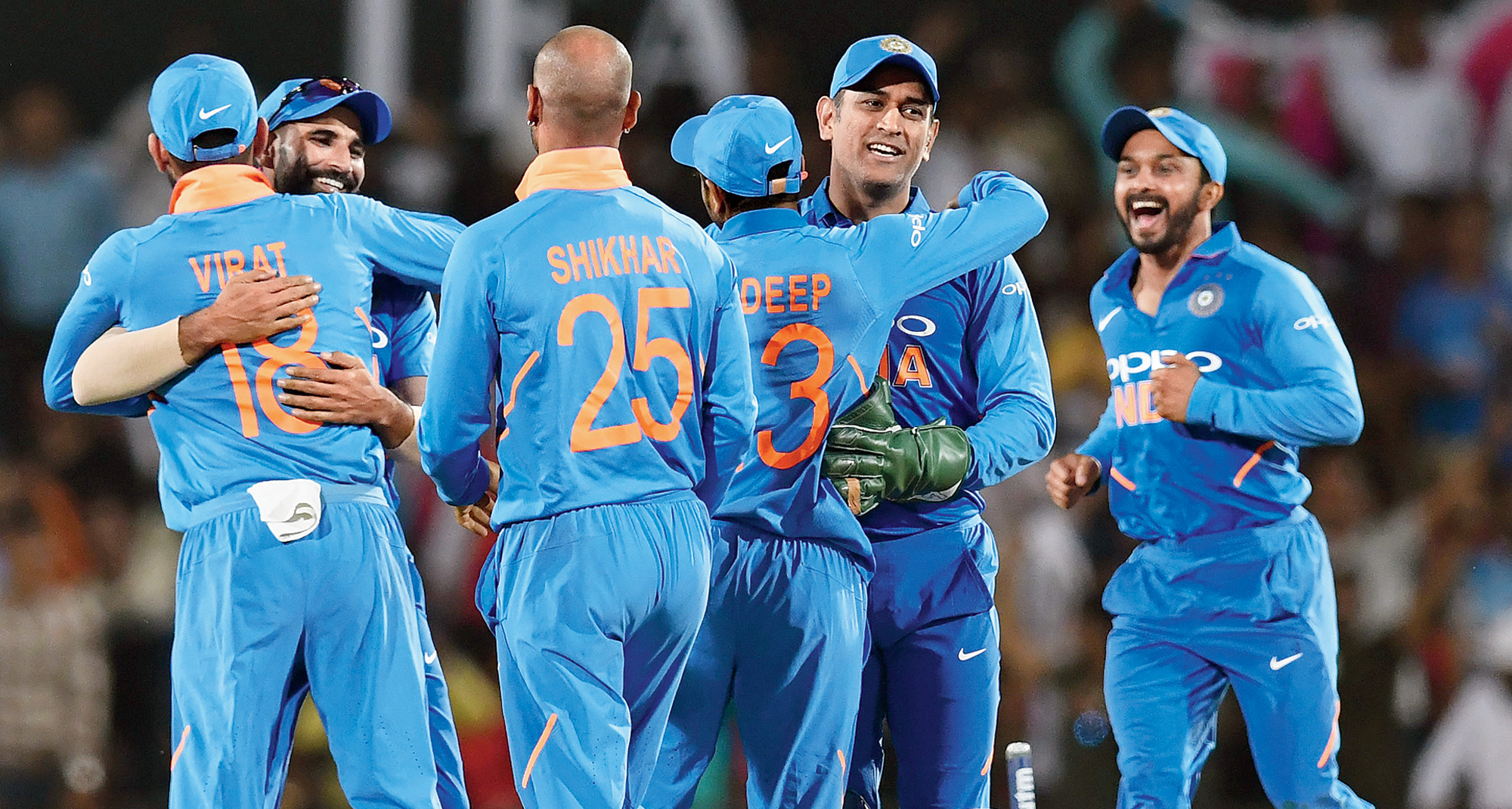 India’s bowlers delivered in a heart-stopping climax to fashion a narrow eight-run victory against Australia in the second ODI after captain Virat Kohli conjured up a resolute hundred in testing conditions, here, on Tuesday.

All-rounder Vijay Shankar scalped the last two Australian wickets in the final over in which the visitors needed to score 11 runs for a series-levelling win.

Shankar had played a good hand with the bat as well, scoring quick 46 runs in India’s total of 250.

Handing the ball to medium pacer Shankar at the make-or-break situation was a bold decision by captain Kohli, who had the option of employing Kedar Jadhav as well.

Chasing 251, Australia were 240 for eight when Shankar got rid of the dangerous Marcus Stoinis (52) in the very first ball of the final over and castled Adam Zampa in the third ball to trigger celebrations in the Indian camp. Prior to that, pacer Jasprit Bumrah, ever-reliable in death overs, dismissed Nathan Coulter-Nile and Pat Cummins in a space of three balls in the 46th over and conceded just one run in the 48th, playing a crucial role in India’s win after the spinners had somewhat choked the Australians in the middle overs. It was Stoinis who had kept Australia in the hunt as he resisted the unrelenting Indian attack with aplomb and added 47 runs for the sixth wicket with Alex Carey (22).

Kohli’s 40th ODI century steered India to a competitive 250 after a middle-order collapse on a dry surface at the VCA stadium, but it proved to be just enough in the end as India earned the win with three balls to spare. It was India’s 500th win in the ODI format.

The first victory had come in 1975 against East Africa under then captain S Venkataraghvan. India now lead the five-match series 2-0 with the third match slated for Friday in Ranchi. The Indian skipper was in good touch and played some delightful drives whenever the ball was pitched up. In conditions that tested the fitness of each and every player, Kohli struck only 10 boundaries and ran a lot of ones and twos in his 116-run knock.

He was at the crease till the start of the 48th over, facing 120 balls in an innings that will rank among one of his top ODI knocks in recent times.

Australia were off to a fluent start with Aaron Finch (37) and Usman Khawaja (38) adding 83 at a good pace, but the spinners led by Kuldeep Yadav (three for 54) not only put the brakes on the scoring rate, but also hurt the visitors by taking wickets intermittently. Kuldeep broke the opening stand by trapping Finch leg-before and later sent back Glenn Maxwell and Carey, while Jadhav and Jadeja accounted for Khawaja and Shaun Marsh, respectively.

Stoinis and Carey took the Aussie chase deep with their dogged batting, but Kuldeep turned the tide in India’s favour by dismissing the latter. After the first innings, it was clear that spinners would shape the outcome of the match, and Kuldeep along with Ravindra Jadeja and Kedar Jadhav did strangulate the Australian innings.