Bengal settle for a draw 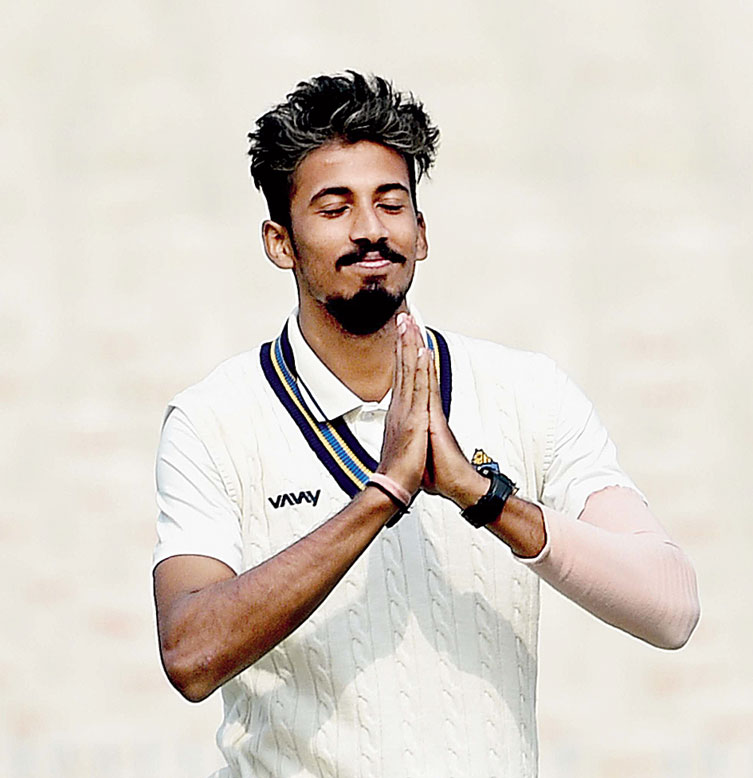 Bengal finished the bad light-affected game versus Andhra with three points as the Elite Group A Ranji Trophy game ended in a draw, at the Eden on Saturday.

Bengal didn’t try to go for a victory, instead their preference was finishing with three points which they were more or less assured of after taking the first innings lead. Both captains agreed to call it off with 53 overs still left for the day.

On the final day, the visitors needed 30 more runs to save the follow-on. They did get those runs, in fact more than that with their first innings ending at 181.

By virtue of getting the three points from this game, Bengal are now seventh in the Elite cross pool table with nine points from two matches. Their focus now is on the tie against Gujarat, which starts on January 3 at the Eden.

“The next match is probably the most important one. Gujarat won both matches they have played so far and are now on 12 points, while we have nine points from two matches.

“We have to be in the top five (in the cross pool table) to qualify for the next round. If we beat Gujarat, we will definitely help us,” coach Arun Lal said.

Debutant Akash Deep took two wickets in the morning and Ishan Porel scalped one, but Andhra added 71 runs to their overnight total of 110/7 that virtually ended Bengal’s hopes of enforcing the follow-on and going for full points.

“We played fabulous cricket, but we lost more than 100 overs in this game. So, it was difficult to win,” Lal said.

In their second innings, Bengal were 46 without loss.

Asked why Bengal batsmen didn’t try to score quick runs, Lal replied: “Our idea was to score quickly and ask them to bat for some 35 overs or so.

“But there was also chance of losing quick wickets, and that would not have helped us. If they failed again, that would have affected the team morale. We didn’t want an embarrassment.”

Opener CR Gnaneshwar, who was hit on the helmet by an Ishan delivery, remained defiant and scored an unbeaten 74 that helped Andhra avoid the follow-on. He was taken to the hospital for scan, but the team management later informed that he was fine.