It’s never just another game when India take on Pakistan in the oval. Ahead of tonight’s T20 World Cup 2021 match, some memorable games between the two teams, not just T20 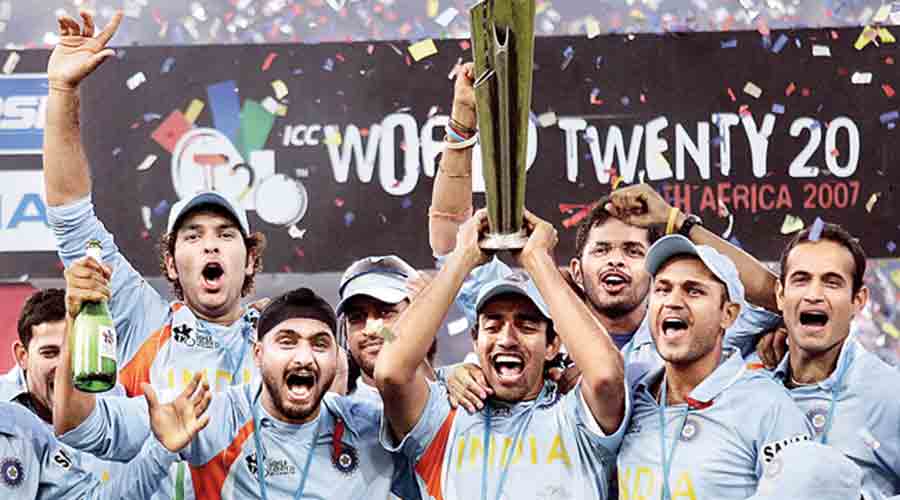 As palpable passion and emotions surrounding the match have always triumphed over statistics, this fixture needs no introduction. India gears to face Pakistan in their opening fixture of the T20 World Cup 2021, with the hype and the anxiety holding no bounds. Over the years, matches between these two teams have given us moments to look back upon and relish. Drifting back to Javed Miandad hitting a six off a Chetan Sharma last ball in Sharjah or Virat Kohli’s century at the 2015 World Cup, India-Pakistan has always been one of the most pulsating contests in the history of the game, never bereft of its drama. It will be a statement to establish as two previous champions of the tournament face off in Dubai, with Kohli’s men riding on a T20 spur following the IPL and Babar Azam’s men in green in search of their second trophy. t2oS looks back on the most memorable India-Pakistan moments at ICC tournaments.

Perhaps boasting of one of the most hilarious moments in the history of the rivalry, the match in Sydney saw India put up a total of 216, with Sachin scoring a stable half-century. The chase was a frustrating one for the Pakistani side. A Tendulkar delivery saw a loud hearty appeal from Indian wicketkeeper Kiran More, which bothered Miandad. Stopping the bowler, he took some time to have an exchange with the keeper. Following that, Miandad tried to go for a single but had to track back immediately, which saw him jumping thrice in the most hilarious of ways to take a dig at a pumped More. Pakistan lost the match by 43 runs. 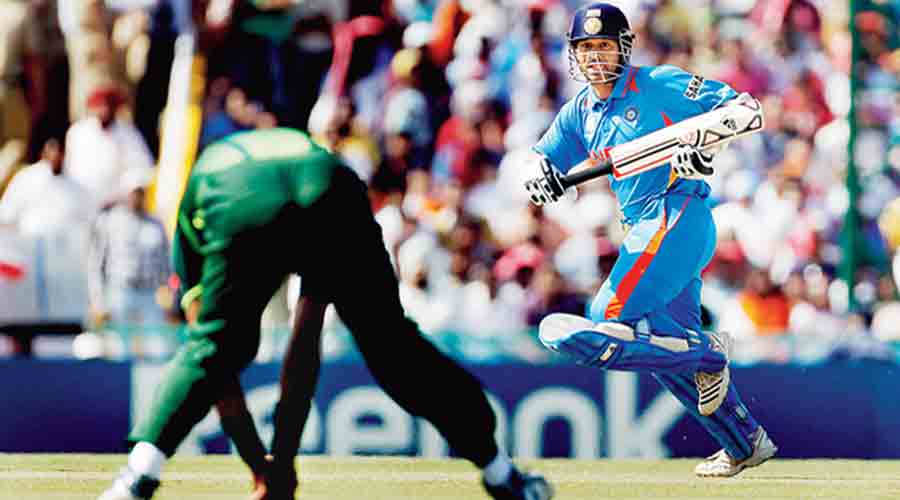 A rivalry at the peak of its sporting tension, the 1996 face-off between India and Pakistan in Bengaluru saw one of the most arresting moments in the history of the clashes. Posting a total of 287 with Sidhu scoring a brilliant 93, Pakistan was sanguine with an indefatigable batting line-up. Pakistan’s opening pair of Aamer Sohail and Saeed Anwar led the way with a strong opening partnership. After dismissing Anwar, Venkatesh Prasad was verbally challenged by Sohail, indicating that he would hit another boundary through mid-off. An incited Prasad took the run-up and fans across India erupted with joy as the wickets took flight off the most sublime of deliveries. Prasad did not miss the opportunity to etch an indelible mark on the pages of the rivalry by showing the Pakistan skipper his way out in the most aggressive of ways. Pakistan fell short by 39 runs in the quarter-finals. 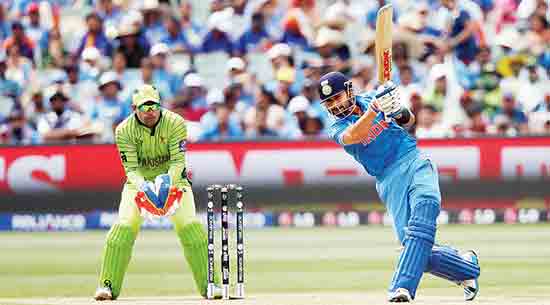 Perhaps the defining moment in the history of the shortest format of the game, the 2007 World Cup final saw nail-biting drama pushing fans to the edges of their seats. India posted a decent total of 157, riding on Gambhir’s 75. The chase was drawn to the wire with Misbah-ul-Haq holding fort. However, with Joginder Sharma’s delivery and Sreesanth’s catch, the men in blue were crowned the first champions of T20 World Cup with a buoyant Mahendra Singh Dhoni lifting his first trophy.

The atmosphere in Mohali was inexplicable as India and Pakistan squared off in the semi-final of the grandest stage of them all. India put up a target of 260, with Tendulkar scoring a crucial 85 against a challenging Pakistan pace line-up. Pakistan put everything on the line with Misbah standing strong to salvage a win, but Dhoni’s men clinched a victory, bundling out Pakistan for 231, that would see them into the finals and lift the World Cup after 28 years. 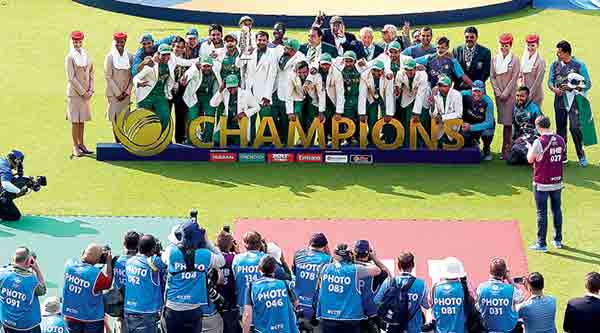 This match remains a memorable match for current skipper Virat Kohli, with him becoming the first Indian to score a century against Pakistan at a World Cup. Following a forgettable tour of Australia and Dhoni’s retirement from Test cricket, India started off their World Cup campaign with an impressive 76-run win after putting up a defendable total of 300.

A match to remember for our neighbours, as Pakistan lifted the trophy defeating India by 180 runs in the final of the ICC Champions Trophy. The margin of victory was the largest by any team in the final of an ICC tournament. Fakhar Zaman’s 114 steered Pakistan to their most impressive performance against India in recent years. India were skittled out for a meagre 158 in the 31st over by a robust Pakistan pace line-up.