The result left Atletico second in the group on four points from three games; Lokomotiv have two points 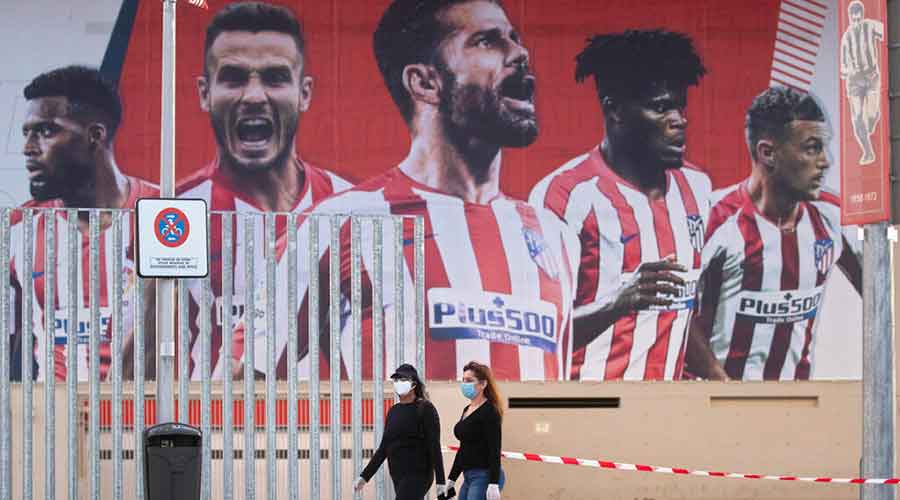 Atletico Madrid were held to a 1-1 draw at Lokomotiv Moscow in their Champions League Group A match on Tuesday after the home team’s goalkeeper Guilherme pulled off a string of superb saves to keep the Russian side in the hunt for a last-16 berth.

The result left Atletico second in the group on four points from three games. Lokomotiv have two points.

Centre back Jose Gimenez fired Atletico ahead in the 18th minute with a fine header from 13 metres after an inch-perfect cross by Hector Herrera, a minute after Guilherme kept out a Saul Niguez shot.

The home side levelled in the 25th after a lengthy VAR check deemed Herrera to have handled the ball in the penalty area and Anton Miranchuk sent Atletico goalkeeper Jan Oblak the wrong way with a perfect spot-kick.

Gladbach, now on an eight-game unbeaten run in all competitions, have five points from three games, one point ahead of Shakhtar.