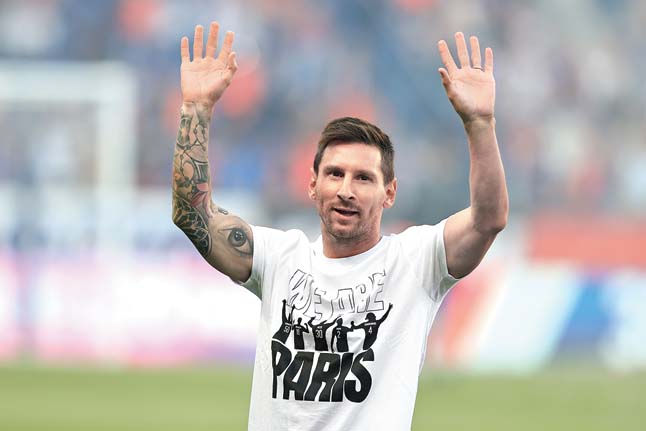 Brazil are already the first South American team to secure a direct spot in next year’s World Cup. Second-placed Argentina are nearly there, too.

Anyone thinking Tuesday’s qualifying match between the teams will not be decisive hasn’t considered how much pride will be at stake in the region’s superclasico.
Copa America champions Argentina are determined to upstage Brazil and show Lionel Messi he has a decent shot next year of winning the only trophy missing in his career. Victory in front of home crowd could also mean, pending other results, securing qualification for Qatar 2022.

Messi is being spared for the match because of a knee injury that stopped him from playing some matches for his club Paris Saint-Germain and also for most of Argentina’s 1-0 win at Uruguay last Friday.

Brazil will also have a key player missing, with midfielder Casemiro suspended after the 1-0 win against Colombia. He is likely be replaced by Fabinho.

Brazil are aiming to complete the best South American qualifying campaign in history, although coach Tite is still expected to continue experimenting with his line-up with an eye on the World Cup.

Right-back Danilo said Brazil need to continue developing despite already earning a direct entry to Qatar. Another target for the squad, he said, is to top the 43 points that Argentina earned to qualify for the 2002 World Cup.

“There is every ingredient of a global Derby of two teams with great players, amazing skill and a lot of history,” Danilo said in a news conference. “Our objective is to go there and win three important points.”

Only 25,000 fans in San Juan, in Argentina’s northwest, will be at the stadium to watch the teams play a full game for the first time in this edition of World Cup qualifying. Thousands of fans stood in two-mile long lines to get tickets. Confidence is high among fans to see a team that has not lost any of its 26 latest matches.

Brazil lead with 34 points, six ahead of Argentina. Both teams have completed 12 games, one fewer than the other eight teams. Also on Tuesday, Bolivia will host Uruguay, Colombia take on Paraguay, Venezuela face Peru and Chile play Ecuador.