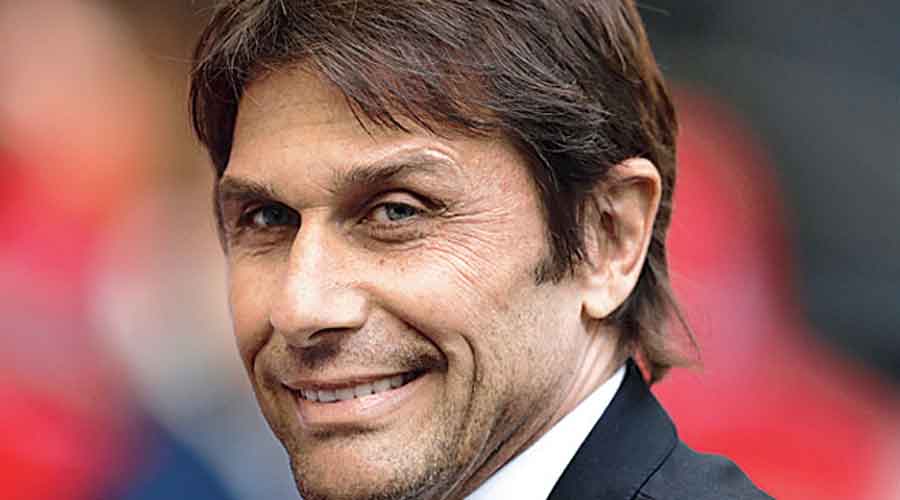 Antonio Conte got a crash course in what he can expect as Tottenham Hotspur’s new manager after the Italian’s first game in charge ended in a 3-2 home victory over Vitesse Arnhem in the Europa Conference League on Thursday.

Conte, who replaced Nuno Espirito Santo this week after the Portuguese was sacked 10 Premier League games into his first season, watched his side tear into a 3-0 lead after 28 minutes with Son Heung-min and Lucas Moura on target plus an own goal.

He then watched Vitesse score twice in seven minutes before half-time in a frantic tie complete with three red cards and an outbreak of crowd trouble amongst the visiting supporters.  Defender Cristian Romero saw red for Tottenham on the hour while visiting defender Danilho Doekhi and goalkeeper Markus Schubert were later sent off for the Dutch side.

In the end Spurs held on for the three points which boosted their hopes of making progress in Europe’s third-tier club competition. They are now second in Group G with seven points, three behind leaders Rennes, who beat Slovenian side Mura 1-0.

“It was a crazy game. Usually I don’t like this type of game — a crazy game means anything can happen. But at the same time I think we should win and we won,” Conte said.

Former Inter Milan, Chelsea and Juventus boss Conte, who turned Tottenham down in the close season, was given a warm reception and the mood was vibrant when Son fired home in the 14th minute before Harry Kane sent Moura through to make it 2-0. When Jacob Rasmussen bundled the ball into his own goal under pressure from Kane it looked as though Spurs were on course for a big win.

But the failings that ended Espirito Santo’s reign returned as Rasmussen headed in and then Matus Bero produced a cool finish to quieten the home crowd.

Tottenham looked uneasy at times but Conte at least began with a victory. He will have plenty to ponder though ahead of this Sunday’s league trip to Everton.

“For sure we have to improve. It’s not easy because in two days we prepare for this (Everton) game ... now we have only one day,” Conte said. “Tomorrow it’s impossible to work with the players who played tonight.

“We need to have a bit of patience because we need to work on many aspects — tactically and physically. I’m not afraid about the work. I know only through the work you can reach important targets.”

West Ham United dropped points for the first time in this season’s Europa League as a late own goal by Tomas Soucek in a 2-2 draw at Genk denied them a fourth successive win in Group H on Thursday.

It looked as though Said Benrahma’s second-half brace had secured the Hammers a last-16 spot with two games remaining but Soucek’s attempted clearing header flew past Alphonse Areola in the 87th minute.

The London club are certain to continue their European campaign in the new year, however, as they lead the standings with 10 points from four games, four better than Dinamo Zagreb who beat Rapid Vienna 3-1.