India qualified for the semi-final, to be played in Sydney on March 5 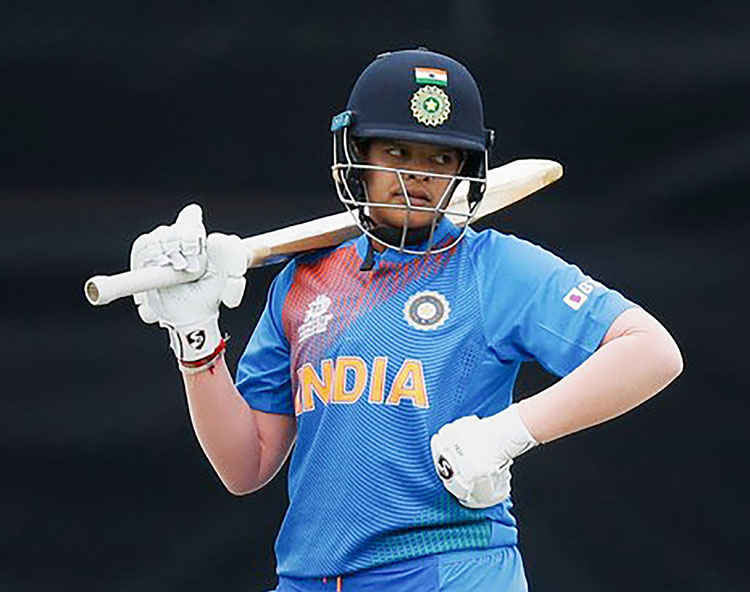 India, who have qualified for the semi-final, thus advanced with an all-win record. They play their semi-final in Sydney on March 5.

Opting to bat, Sri Lanka were restricted to a modest 113 for nine in their final Group A match with left-arm spinner Radha running through the rivals’ batting line-up, including the prized scalp of skipper Chamari Atapattu.

Shafali, then, top-scored as India chased down the target in just 14.4 overs. Radha’s career-best haul was well supported by Rajeshwari Gayakwad, Poonam Yadav and Deepti Sharma.

India captain Harmanpreet Kaur said the team management has given Shafali the freedom to play her natural game. The 16-year-old is the second highest run getter in the ongoing tournament. She has so far scored 161 runs, hitting 18 fours and nine sixes in four matches at an astounding strike rate of 161.

“Shafali is someone who loves to play big shots, and we don’t want to stop her. She should continue enjoying her game,” Harmanpreet said.

She insisted it was important to continue the winning momentum. “It’s really important to keep the momentum when you are winning games. You really work hard, so you can’t afford to lose that momentum. You can’t bowl same pace and lengths on these wickets, so you need to keep rotating the bowlers.”

The skipper has endured a poor start to the tournament by failing to reach double digit scores. However, against Sri Lanka, she hit two boundaries and a six during her 15 off 14 balls.

“Today I tried to be positive and got a few boundaries. In the upcoming games I’ll try to give my best,” she said.

“Narendra has been with us since the West Indies tour last November. He has definitely worked a lot on my bowling,” Radha said. “My mindset often gets jumbled and I start overthinking about a lot of things, especially my action and my deliveries in general, but he has supported me a lot by freeing my mind up and clearing the clutter.”

Radha is hoping for a better show in the coming days.

Sri Lanka captain Chamari Atapattu, who scored 33, rued the dropped catches but also recognised the need for others to step up.

“We dropped Sophie Devine twice, then we dropped Rachael Haynes twice and now Shafali. Catches win matches, and we have to be take them ,” she said. “India are a great team and I hope they will play the final.”