With this draw, East Bengal remain at fourth in the table with 20 points 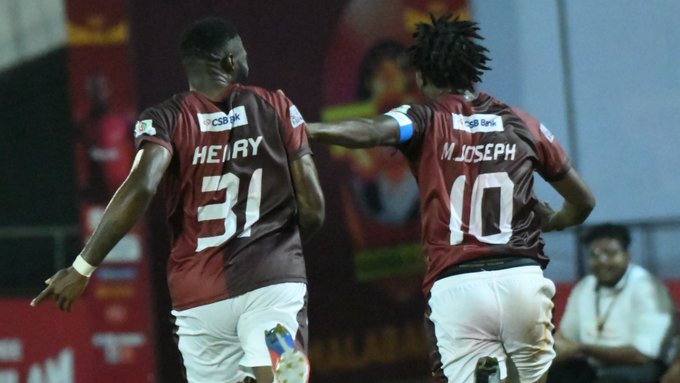 East Bengal were held 1-1 by a nine-man Gokulam Kerala, in their I-League away match at Kozhikode on Tuesday. Marcus Joseph had taken the hosts ahead in the ninth minute, but Victor Perez then converted a penalty in the 24th minute to help East Bengal garner atleast one point from the match.

The hosts went down to 10 men in the second half, before being reduced to nine players minutes before the full-time whistle.

However, they showed great resilience to hold on.

With this draw, East Bengal remain at fourth place with 20 points, while Gokulam Kerala rise a place above to sixth with 19.

It was Gokulam who came all guns blazing after the kick-off and caught the visitors napping on a couple of occasions in the first 15 minutes.

It took the hosts only nine minutes to take the lead through skipper Joseph, who had a crack from just outside the box and found the back of the net.

The visitors found their way back into the game in the 24th minute, when Juan Mera’s mazy run was recklessly intercepted by Naocha Singh inside the box, conceding a penalty and his first yellow card of the game.

New signing Perez stepped up for the spot-kick and converted successfully to restore parity for East Bengal.

The tempo of the game dropped a bit after the equaliser.