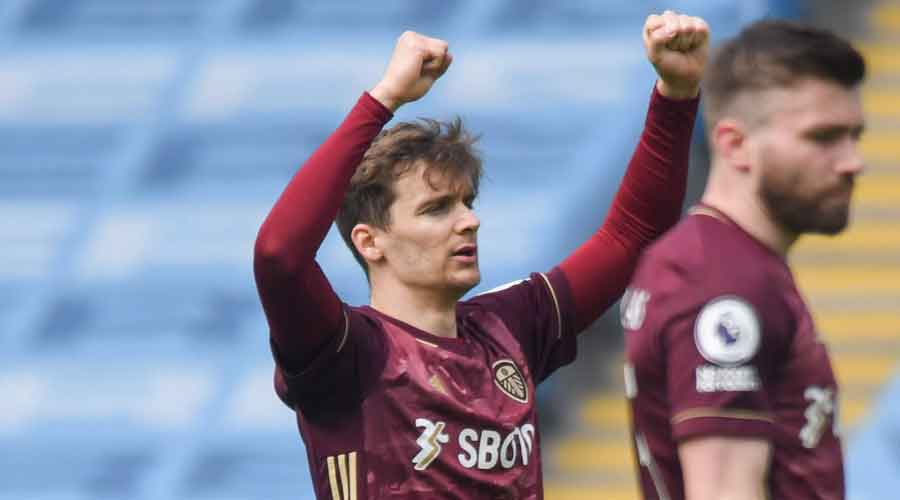 Pep Guardiola fielded a much-changed City side who struggled to get going in the first half, with Leeds taking a surprise lead in the 42nd minute when full-back Dallas drove the ball home off the post with the visitors’ first shot.

Leeds United’s joy was short-lived, however, as a VAR intervention saw their captain Liam Cooper sent off just before the break for a dangerous looking challenge on Gabriel Jesus.

The depleted visitors then defended en masse, with City struggling to break through, but Ferran Torres broke their resistance in the 76th, levelling the score with a fine finish.

The drama was not over however. As City threw everything at Leeds in search of a winner, the visitors broke at pace, with Dallas racing through to grab a sensational victory for Marcelo Bielsa’s side in the 91st minute.

Trent Alexander-Arnold scored a stoppage-time winner as Liverpool fought back to snatch a 2-1 victory over Aston Villa.

Juergen Klopp’s side collected their first home league win in 2021 after right back Alexander-Arnold scored with a curling effort from the edge of the box at the death.