What makes Signal a better bet? 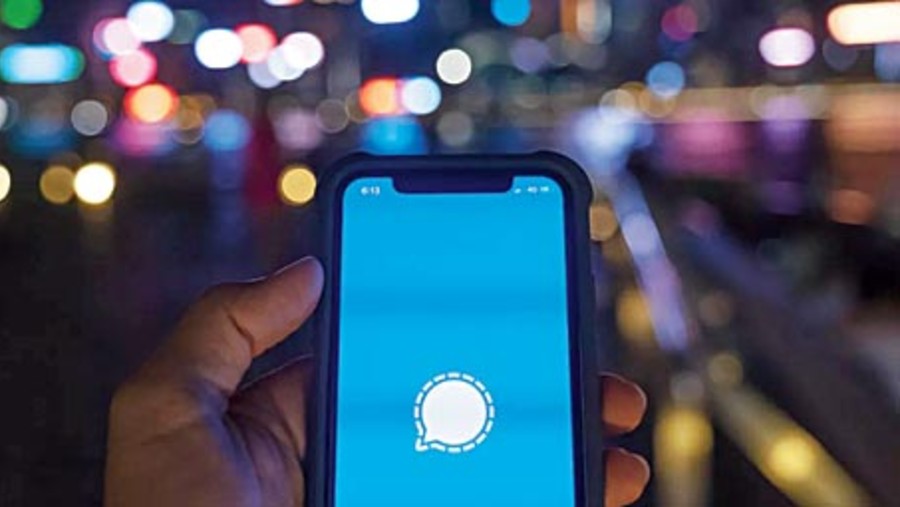 Signal does not store messages or contacts on its servers, which also means that the government cannot force them to hand over such information.
Sourced by the correspondent
Mathures Paul   |     |   Published 12.01.21, 03:52 AM

A couple of days ago, a mother on a WhatsApp school group sent a message to its 55 members to switch over to Signal, an encrypted messaging service. A couple of days before that Elon Musk tweeted, asking people to move to Signal. And Signal tweeted that due to the high volumes of registration, its system is taking long to allow new users. Well, the backlash against WhatsApp is clear.

Three things are at play here. First, there’s a lack of communication on the part of WhatsApp to clear things up in the privacy department. Second, people are becoming bored with WhatsApp. Third, India is waking up to privacy-related issues. Facebook CEO Mark Zuckerberg’s 2014 purchase (for $19.3 billion), WhatsApp, suffers from the classic case of metadata, which is basically about what kind of data is being collected from users. With metadata we don’t know what’s being collected and there is a chance that metadata can reveal information about a specific event; to allow correlation techniques to track users. There are many grey areas. Instead of straight talking, the company is not clearing things up for the common user, allowing more and more to switch over to Signal and to Telegram. Here’s a quick look at what you get on Signal.

What is Signal and am I safe on it?

The messaging app that’s available across platforms — for free — has been developed by Signal Foundation and Signal Messenger. The main person behind the app is Moxie Marlinspike, who founded Open Whisper Systems, the non-profit that developed Signal.

On the other hand, when Facebook purchased WhatsApp in 2014, the app’s co-founders Brian Acton and Jan Koum thought it would continue as a “standalone” product but as things started moving towards integration, the two of them left Facebook in 2017 and 2018 respectively. Soon after leaving, Acton became executive chairman of the Signal Foundation, the non-profit that runs the encrypted communication app Signal.

Unlike other messaging services, Signal makes it clear that the only information it can provide is the date on which an account gets created on. Signal does not store messages or contacts on its servers, which also means that the government cannot force them to hand over such information.

Like on WhatsApp, you can send messages, share media and links, and make audio and video calls. In December, it added encrypted group video calls with a limit of five participants, which means it will not be replacing Zoom any time soon. There is also the option to create groups, limited to 150 members (Telegram has a much higher limit of 200,000). After creating a group, you can send out invites, which needs to be accepted unlike on WhatsApp where your number can easily be added to a group. There is the option to make messages disappear after five seconds (up to a week).

Is it possible to use Signal on multiple devices?

Yes, you can; it’s like how you use WhatsApp. But there is a twist. Say you are using Signal on the iPhone and then move to your Mac using a QR code. The account will get synced but previous messages (the ones that came to you till you linked the device) won’t appear on the Mac because message history is stored on individual devices. At the same time, you can’t backup chats on the cloud because all messages and pictures are stored locally on the device.

Should you switch over?

In case children are using your phone to attend online classes, chances are WhatsApp is an important part of the deal. All groups need to be recreated and information cannot be transferred from WhatsApp to Signal. The same goes for those who are part of WhatsApp groups for tenants and so on. It’s a tough choice to make . A big section of users need to start using Signal to make it successful.