Wall off the virus

Is it possible to duck or weaken the third wave of the coronavirus? 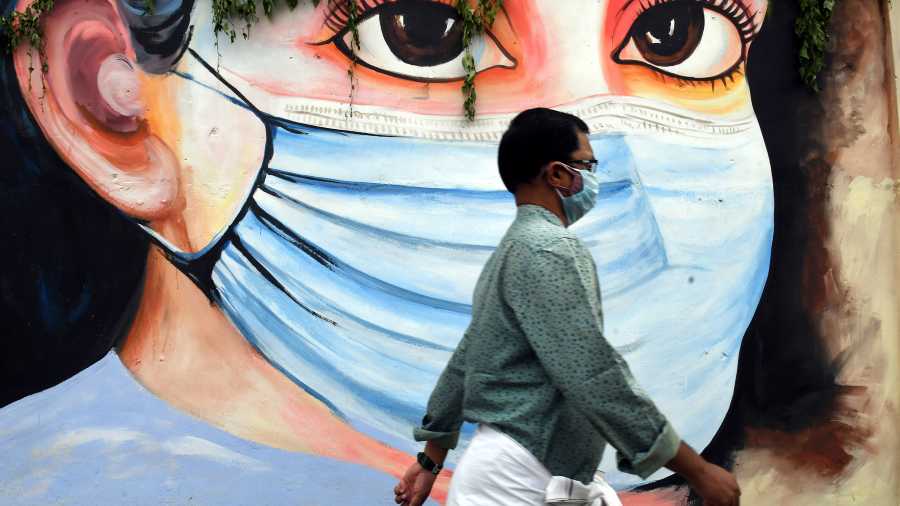 The re-emergence of a more lethal form of the Sars-Cov2 virus as a second wave and the complacency with which India faced it has indeed taught us a lesson. This is perhaps why our drive and compliance for vaccination has picked up an impressive pace.

Notwithstanding this, vaccinating 1.4 billion people before the expected emergence of yet another wave looks impossible given our logistic and economic capabilities. Being one of the world’s most densely populated nations and hence a high-risk target for the virus, it is critical for us to design a battle plan to avert a fresh wave of infection.

The larger the number of people unaffected by the virus, the lesser would be the infection rate as the virus essentially spreads using vulnerable humans as “incubators”. This resistance in allowing the virus to grow in our body and expand its infection base, even if it manages to infect us, also forms the basis of the much talked about herd immunity that we are so desperate to attain.

For a community to attain herd immunity, 70 to 80 per cent of its population should become immune to the virus either by acquiring natural immunity through prior infection or through vaccination. In both cases, the subject is supposed to develop sufficient antibodies to be able to neutralise the virus in case of a subsequent attack.

When a sufficiently large number of people in a community develops such immune resistance, they virtually create an immunological wall and prevent the virus from spreading further. This can potentially block the typical spike in the infection curve that signals the emergence of a new wave of infection. Thus the stronger this wall the better is the prospect of averting a fresh wave and even of permanently getting rid of the virus.

The mode of transmission of the Sars-Cov2 virus has been different compared to the viruses that have caused deadly pandemics in the past, such as the Spanish flu. This virus has virtually spread to every nook and corner of the world from a relatively unfamiliar Chinese city called Wuhan, predominantly through infected air passengers. It has spared no nation or community, managing to invade even the most remote islands.

Although the possible way through which the virus could reach us was well known, we delayed the suspension of international flights by almost three months.

We were also callous in monitoring people entering our country via such flights, thanks to our obsession with the thermal scanner, when in fact a majority of the infected were asymptomatic. Nations with effective quarantine and testing protocols experienced the lowest rate of infection and mortality. Only one virus-bearing passenger can infect an entire country or trigger a fresh wave of infection. The screening of international passengers, however small in number, needs to be incontrovertibly accurate — something we have not emphasised, especially in the early stages of the pandemic.

Expectedly, infection prevalence patterns during this pandemic have clearly shown that the first spell of such new waves is usually unleashed on metro cities such as Delhi and  Mumbai, which also act as the primary gateway for international passengers to the country.

The number of humans such RNA viruses pass through in its infective cycle also increases the level of mutations in its genome and may even determine its virulence.  Whether such mutations are random or strategic is still not clear. However, with increasing mutations, the probability of generating variants with high infectivity as well as lethality also increases. One such example is the delta variant; the risk of death from this strain is 130 per cent higher compared to the Wuhan virus.

Moreover, there is no guarantee that such variants would be sensitive to the vaccines being administered, leaving no room for complacent relief even for the vaccinated. With a mere 16 per cent of our population fully vaccinated so far, we are indisputably far away from accomplishing the herd immunity level that can potentially stop the virus. Right now, the chances of averting the entry of a more deadly variant that can trigger the third wave seem virtually unaccomplishable.

Given that a ban on international travel seems remote, the best choice we have is to boost the vaccination drive in our metros, particularly those with international airports, so that enough citizens at these ports of entry rapidly acquire the critical immunity to enable herd immunity. This can create the first barrier or wall for the virus and prevent its intrusion into our vulnerable unvaccinated population to trigger a new wave.

Finally, we need to remember that this virus, even in its most deadly form, cannot infect us without negligence in protection measures or an indulgent invitation to infect. The rules of the game for staying safe remain the same — wear a mask when in public, wash hands thoroughly before touching the face, and maintain the required social distance wherever possible. If we don’t repeat our past mistakes, we can hopefully see this third wave off with minimum impact.