This War of Mine is a war game with a twist 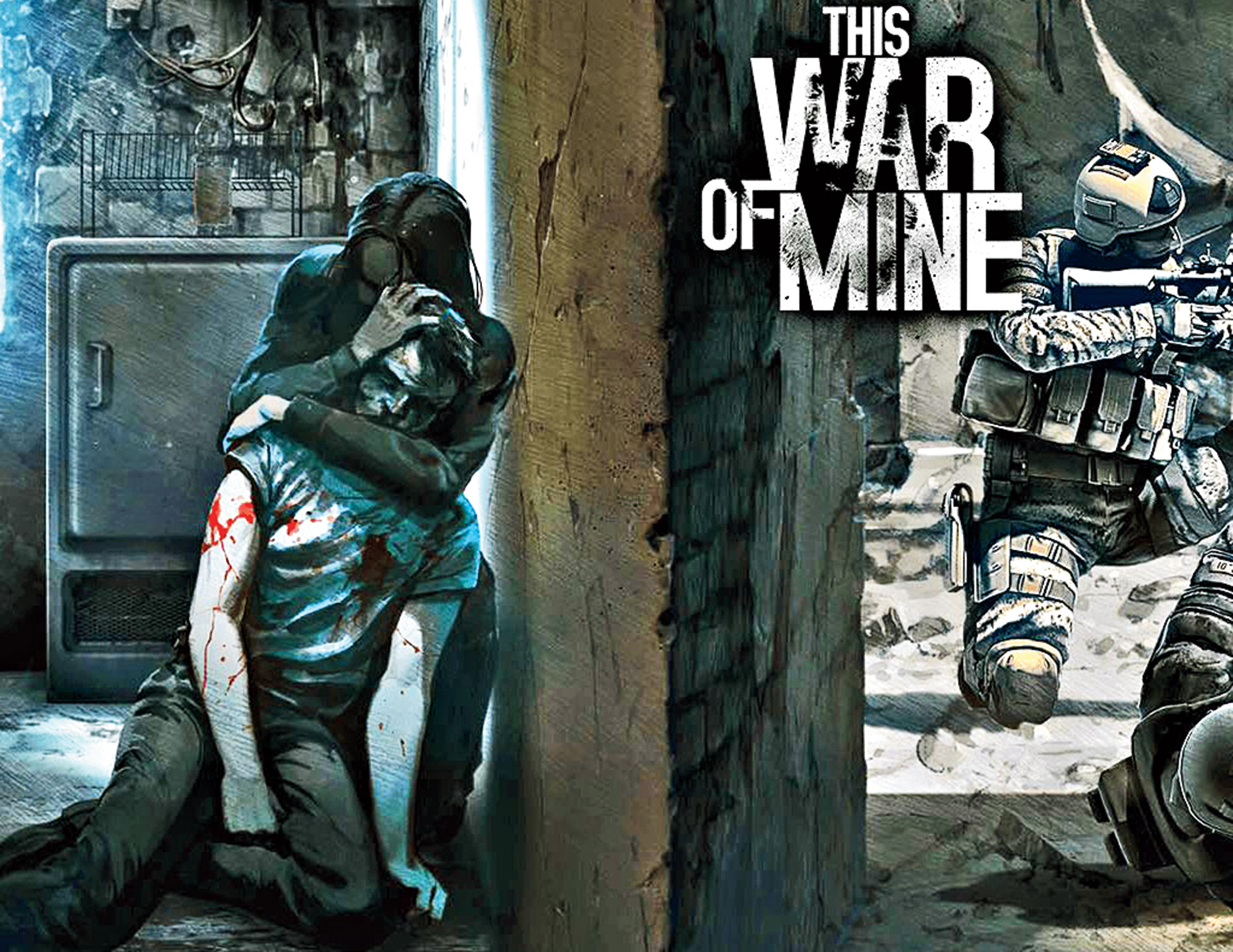 This War Of Mine is not like other war-themed games. Here, you are not a soldier fighting in a war but a member of a group of civilians trying to survive. You live in the besieged city of Pogoren in the fictional country of Graznavia. The game highlights an aspect of war generally overlooked in the making of video games — the consequences of armed conflict on the lives of civilians.

Survival games are a sub-genre of action video games. They are set in a hostile open-world space. It demands that players survive by collecting resources, making weapons and tools, finding a shelter and so on with minimal equipment.

From the first scene to the last, This War of Mine has gripping music, which maintains the atmosphere of suspense that the game demands. After the introduction, a tab is displayed on the screen. Unlike other games that show the option “Play” to start, this one shows “Survive” instead. The first voiceover of the game begins with a man saying, “For soldiers, war is about victory. For us, it was about getting food.” This single-player game begins with a note that says the scenarios in the game are chance-generated. And they are not based on one specific war but on reports by war survivors from Bosnia, Iraq and Syria.

The civilian population trapped in the city are victims of acute hunger, dangerous diseases and continuous shelling. You can choose to play the role of Katie (who used to be a reporter), Bruno (who had his own television cooking show), Pavle (the star of the local football team) or one of the other nine survivors. Every character has a different skill. You can choose a character based on who is better at doing what. Pavle can run fast and is good at opening doors quickly while the skilled scavenger Marco is good at finding useful things in a heap of rubble.

The locations in this game range from abandoned cottages to brothels, military outposts to shelled schools, supermarkets to city hospitals. During the day, the player has to protect his or her refuge and the other survivors. As night descends, they set out to different locations to find items that will help them stay alive. There are no set goals, you have to stay alive as long as possible.

The colours are as grim as the situation — black, white and grey. The charcoal-stylised aesthetics complement the theme, putting the player in a different zone even at daytime. One cannot tell day from night, except by the ticking clock on the left.

In the initial stages, things such as herbs — used to make medications and roll-up cigarettes — or iron — to make beds — are easily available. Gradually, one finds metal parts, clean water, electric parts, duct tapes and food. In between scavenging, there are conversations among players displayed with speech bubbles. And when you think you have had enough, you can click on “End Day” to be promoted to the next level and location.

The graphics are grim but beautiful. The highlight of this game is the psychological and emotional challenges it puts you through.

Game: This War of Mine by 11 bit studios