On its new portable device, Xiaomi has updated audio features, bunged in longer battery life and has improved durability 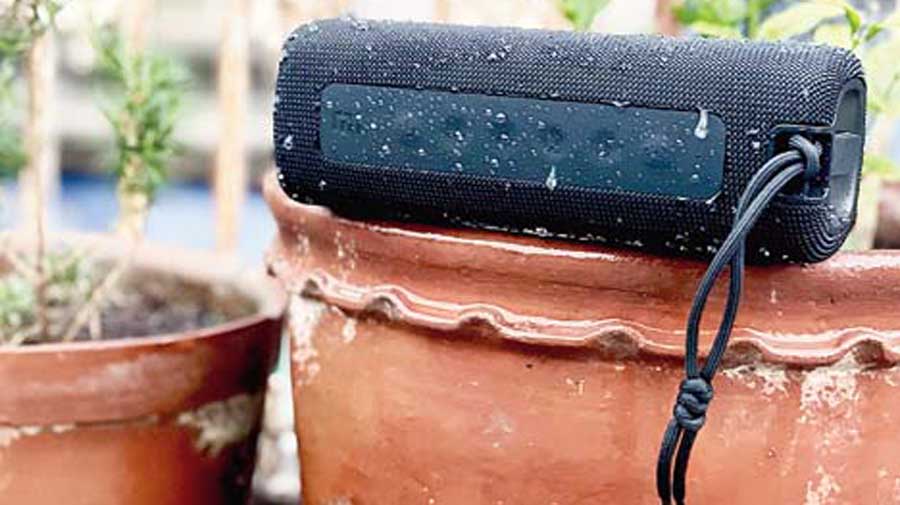 Hey Mr DJ, put on the new Mi portable Bluetooth speaker and buzz off. Of course, nobody needs a lesson on Bluetooth speakers as they have been around longer than Billie Eilish but nowhere close to Daft Punk (so sad, so sad, so sad… the French duo have called it a day). This obviously begs the question — what’s so special about the new 16W piece of block? Plenty, especially if you are on a budget.

It’s been a few years since Xiaomi launched one of its first ecosystem products — other than smartphone accessories — and time has been kind to the early Mi Bluetooth speaker, which has aged well but new technology made the company look into the segment again.

On its new portable speaker, Xiaomi has updated audio features, bunged in longer battery life and has improved durability. Sure, nothing compares to a full home audio system but once at the beach or a poolside party, this speaker rocks.

Almost the size of a bottle that can hold a litre of any liquid, Xiaomi has put in a lot of thought into the design to ensure it lasts three-four years. First, it’s excellent to hold and equally funky to find a place in the water bottle compartment of your backpack. The size is important because the company wants it to travel with youngsters wherever they go.

Straight from the washroom to the swimming pool, it can handle a decent amount of water. There are a couple of rubber anti-slip pads to hold the speaker in place while a nylon string is on one side; it ensures you can even hang the speaker out to dry. When we say water resistant, it has IPX7 waterproofing to handle 30 minutes of water (one metre depth), which is sufficient time for a partygoer to jump into the pool to find the speaker. Also, the buttons are slightly raised, making it easy to work around the controls in the dark.

Like the previous version of the Bluetooth speaker, Xiaomi has done a good job in the sound department. One needs to remember the primary audience for the speaker — students who can’t splurge a lot of money on speakers and people like me, who inadvertently keep breaking things… oops, there goes the coffee mug.

We ran through the soundtrack of Dickinson TV series, which rocks out on the likes of Billie Eilish, Channel Tres and Your Smith. Plus, the likes of J. Cole. The sound is thumping to the point of shaking up the table. Inside is a couple of 8W speakers to deliver crisp sound… almost. It’s a device geared towards entertainment, so it’s bass heavy. Vocals and mids don’t lose their shine and are well separated from the background while the lower notes are also well delivered. The bassline on J. Cole’s Motiv8 rocks but doesn’t cut into the vocals.

If nitpick one must, there is some distortion at the highest level. For example, try Billie Eilish’s Bad Guy on which the bass shines brighter than the singer’s lyrics. This is at max volume. To be fair, this is not an issue at regular volumes.

In case you have two of these speakers, it’s possible to pair them and get stereo sound. There is also an aux port, which is helpful.

The company says 13 hours of battery life on a full charge but chances are that the user will be a student, who will party into the small hours without compromising on the volume. So don’t expect 10-11 hours at max volume, which, in fact, is surprisingly good. Call quality on the speaker is decent but who uses a speaker to answer calls?! The idea is to carry the Mi Portable Bluetooth Speaker (16W) (Rs 2,499) to the coolest of beach and poolside parties and set the bass free.