Sounds better than before and has a design like no other 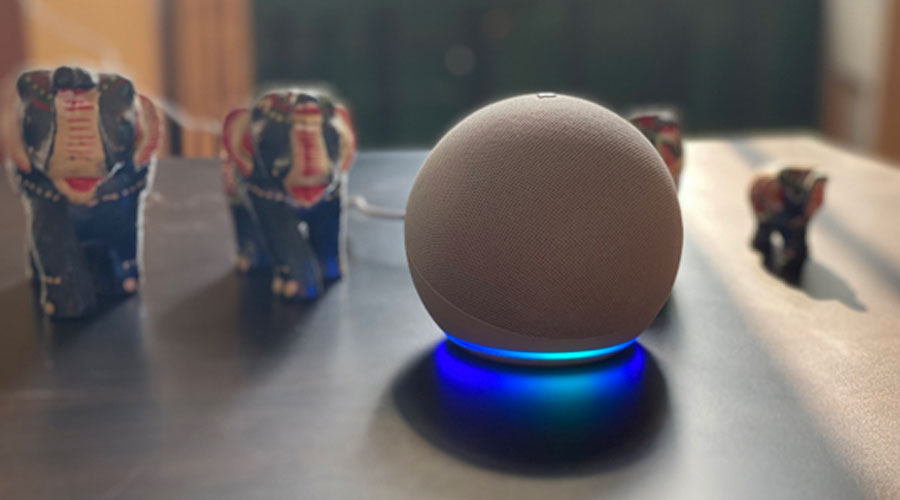 With an Amazon Echo Dot speaker in the room, chances are that children in the house would tend to play with it and ask the weirdest of questions… things to make them spend less time watching TV.
Picture: The Telegraph
Mathures Paul   |     |   Published 05.11.20, 11:44 PM

The designers on Amazon’s Echo speaker team obviously take sports seriously. The new Dot variant of the smart speaker has an eye-catching softball design but other than that, the small assistant has big shoes to fill as the third-generation device from 2018 still sounds great.

After trying out the fourth-generation Echo Dot side by side with the older version, though one may not come away with a lot of difference in way of functionality but a homerun is scored as soon as music gets played.

The essential quality of the Echo Dot is retained in the fourth generation device, which is half covered in fabric and the rest shows off matte plastic. Somewhat of a dome, the flat side prevents any kind of rolling action. Compared to the older Dot, this one is taller, which gives it a nice look but can also be a source of concern for those who would like to mount the speaker in the washroom or in nooks with limited shelf space. But that’s a small concern as most would prefer to keep it on a table or bookshelf.
Another much-welcome change is the placement of the LED light ring, which is now at the bottom of the Echo Dot. Yes, it’s pleasing to the eye but it also helps that the light reflects off the surface, making it appear brighter.

Setting up the Echo Dot is as simple as it gets. You need to have an account on Amazon and have the Alexa app installed on the phone. Hook up the device to a power source and when the light ring turns orange, search for the device on the app, which will finish the process in a couple of minutes. Besides the power input source on the device, there is a 3.5mm line out that lets you hook the Dot to a larger speaker.

There is a marked improvement in sound quality from this softball because of the spherical design. It’s a fuller, richer sound that’s easily perceptible while listening to anyone from Ariana Grande to Shawn Mendes. It’s best to avoid complex arrangements as the speaker is meant for casual listening.

In case you get two of these Dot speakers, they can be configured in a stereo configuration. What’s missing on the Dot compared to its bigger brother is a way to scan the room to tune the audio. Also missing is Dolby Audio processing. But then the Dot is about introducing people to Alexa and it’s something one may like to put in the kid’s room. There is a microphone mute button on the top to offer better privacy. 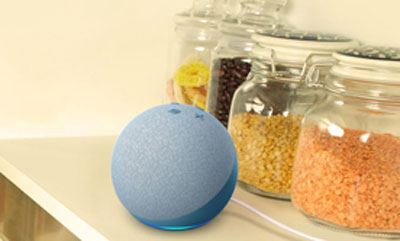 There is a marked improvement in sound quality from this softball because of the spherical design.

The nicest part of the new Echo Dot speaker hasn’t launched in India. In the US, there is a kid’s edition of the Dot (comes in tiger and panda themes), which is colourful and fits the decor of their rooms. It’s good innovation that shows Amazon is trying to be sensitive to different categories of customers unlike the one-size-fits-all philosophy of other brands.

Like always, Amazon Echo, which is powered by Alexa, has a number of skills. It’s all there, from listening to news to getting information.

Should it find space in your room?

With an Amazon Echo Dot speaker in the room, chances are that children in the house would tend to play with it and ask the weirdest of questions… things to make them spend less time watching TV. Also, the sound is more than enough for easy listening. Amazon doesn’t claim that the Dot is better than a full-fledged stereo system. It’s for casual listening. Yet, the fourth-generation Amazon Echo Dot is a small ball of sonic fire that fits just about anywhere in the house.