For its 100th anniversary, the International Astronomical Union is letting the world vote for names of celestial objects 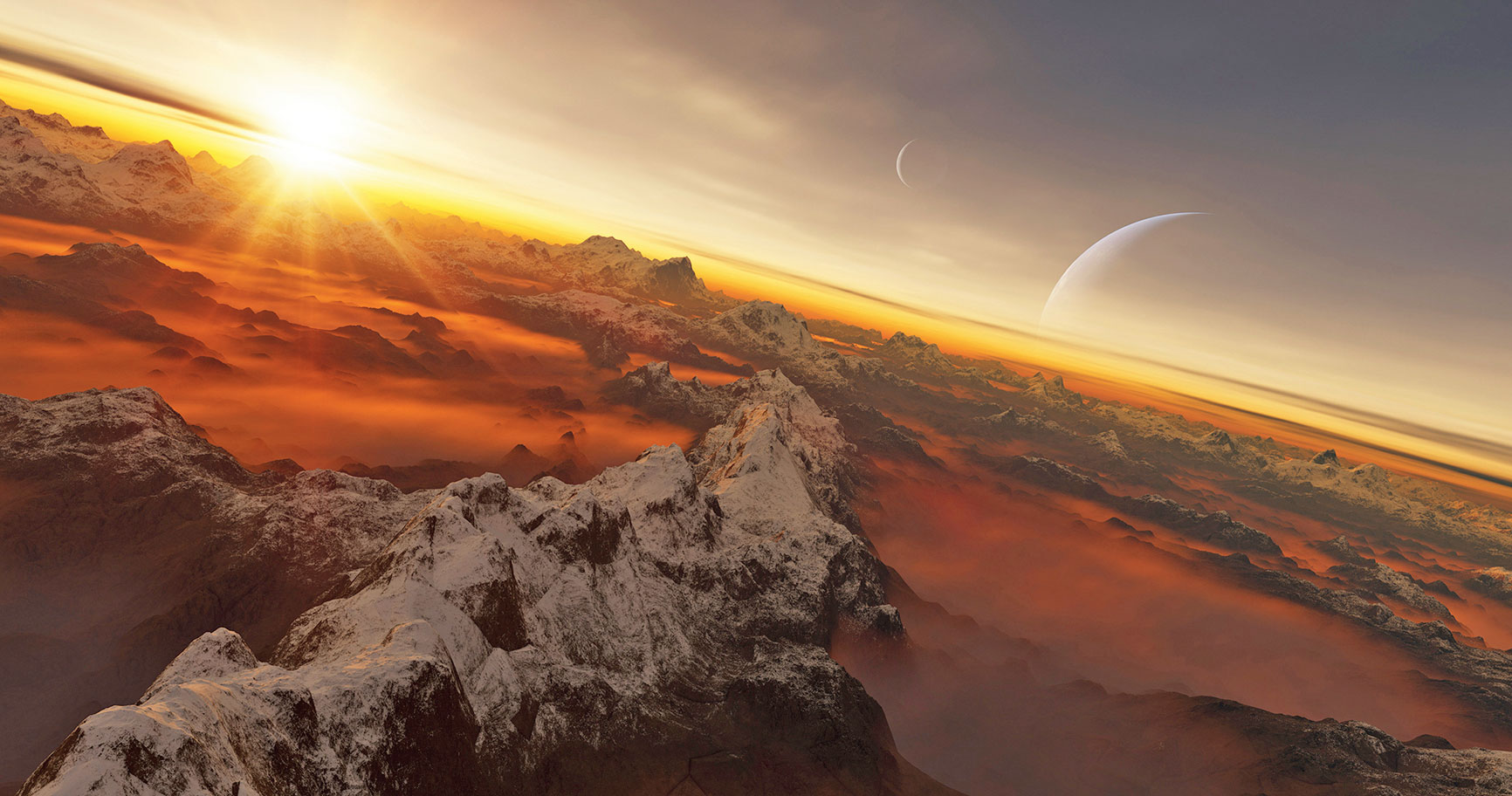 Hello Sauron: A handout image provided by the International Astronomical Union and astronomer Luis Calcada shows a rendering of an exoplanet
(NYTNS)
Dennis Overbye/NYTNS   |     |   Published 07.07.19, 10:04 AM

One benefit of discovery is that you get to name the things you discover. Astronomy is blessed in this regard. There are more stars in the observable universe than grains of sand on Earth, trillions upon trillions — enough to name a galaxy for every human who ever did or will live and every god or goblin proposed by human imagination.

In the past two decades, a new wonderland of naming opportunities has emerged with the discovery of planets around other stars, potential cradles of life and far-future adventure. But so far exoplanets, like everything else in the sky, mostly don’t have names, just numbers such as HD 156411 b or HAT-P-5b. Are they secret agents?

Celestial nomenclature typically is a rigid and exclusive business, closely managed by the International Astronomical Union, the world organisation of astronomers. But in celebration of its hundredth anniversary, the IAU is sharing the fun, allowing every country in the world to name its own exoplanet and the star it calls home.

On June 7, the organisation released a list of stars and their planets for the 79 countries that have signed up so far for IAU100 NameExoWorlds, as the project is officially called. Each star on the list is visible and bright enough to be seen with a small telescope from the country that now has dibs on it.

For the United States, that would be a yellow star named HD 17156, a bit bigger and hotter than our sun, that lies about 255 light-years away in the constellation Cassiopeia. Its planet is about three times the mass of Jupiter and orbits the host star in 21 days, and so is certainly an unlivable furnace.

Eduardo Penteado, an astronomer at the Museu de Astronomia e Ciências Afins in Rio de Janeiro, who is managing the project for the IAU, said that the process was just beginning but that it had already garnered interest. “Some national campaigns are already receiving many name entries,” he wrote in an email. “The one in Greece already received more than 1,500 entries during the weekend.”

Stephen Pompea of the National Optical Astronomy Observatory, who heads the US naming campaign, said names started coming in as soon as the programme was announced. Among the early contenders, he said, were a pair of names from J.R.R. Tolkien: Wilwarin, the elvish name for Cassiopeia, and Sauron.

Some 4,000 possible exoplanets have been discovered in the Milky Way since 1995, by spacecraft like Nasa’s Kepler and TESS and by telescopes on the ground; by extrapolation, there could be billions of possibly habitable worlds in the our galaxy alone. A few hundred have been confirmed as such by further observations.

By astronomical tradition, whoever discovers a new planet or moon is entitled to suggest names for it to the IAU. The union, which has 11,000 members in 93 countries, was founded in 1919 to promote international scientific cooperation; its hegemony over the heavens is absolute. No political string-pulling or money paid to a commercial star registry can get your name on a star or anything else out there.

But the union is not unbending, nor is it unmindful of the need for more compelling names for places that might eventually be arenas for scientific fame. Its new project follows on a campaign in 2015 that invited everyday Earthlings to vote on names for 14 stars and the 31 planets orbiting them. Half a million votes came in from 182 countries and territories.

So we now have, among other things, a four-planet system named for Cervantes characters — Quixote, Dulcinea, Rocinante and Sancho — in Ara, a southern constellation. And a couple of planets in Ursa Major, Taphao Thong and Taphao Kaew, after characters in a Thai legend of an evil crocodile lord named Chalawan.

This time around, astronomers in each country are responsible for organising their own campaigns to invite suggestions and voting from the public. Indigenous names or phrases, reflective of the cultural and historical traditions of the individual country, are encouraged by IAU.

The national coordinators will submit a few final candidates to a steering committee of the IAU, which will vet the names to make sure the rules have been followed. Among those rules: The names must be pronounceable, they cannot have religious, military or political references, and they cannot refer to living persons.

“The NameExoworlds initiative reminds us that we are all together under one sky,” Debra Elmegreen, an astronomer at Vassar College and president-elect of the IAU, said by email. “What’s cool for the proposers is that the names become official names.”

All the exoplanets on the new list were discovered before 2012. (It took time and additional observations to confirm their existence.) They all were discovered by telescopes looking either for stars that wobbled as orbiting planets tugged on them or that blinked as planets passed in front and briefly occluded them. Most are Jupiter-size, because monster exoplanets are the easiest, and thus the first, to be detected.

Elmegreen said in an email that the steering committee began by inviting member countries of the United Nations to participate. So far, 79 have confirmed their participation, but people in any country can join by setting up their own national committee within their country.

“That will take some effort, but should be lots of fun,” she said.

Would you like to name a planet and its host star? Every participating country is running its own contest at the national level. Around 70 countries are organising national campaigns at different times between June and November 2019. Here’s India’s story: