The Huawei P30 Pro is the fun camera phone

It will inspire you to become a photography maestro 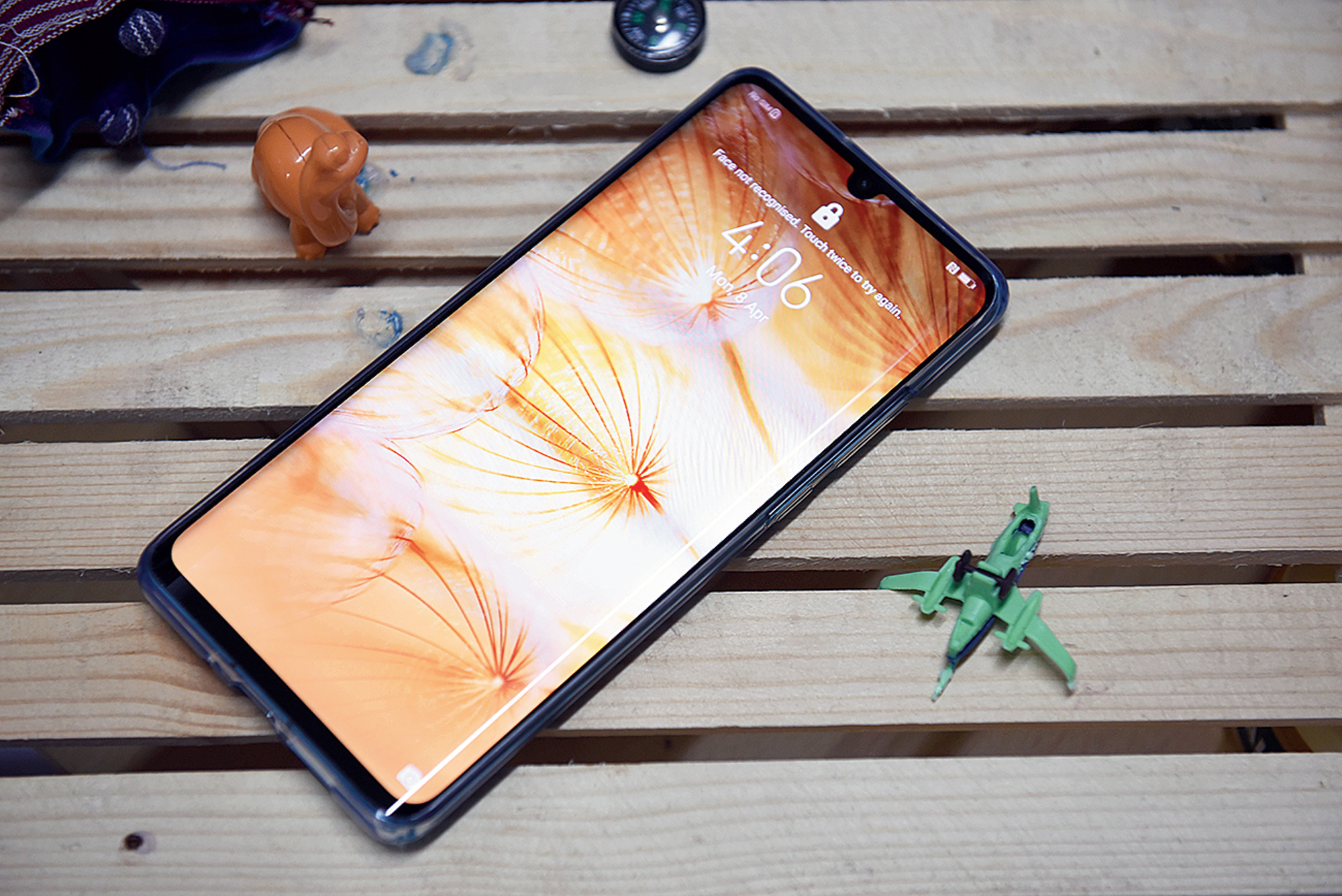 The cameras on this phone come with a superpower — it can see things our eyes cannot. We have been tromping around town for 10 days with the Huawei P30 Pro, only to be reminded time and again that this is one device that’s sexy both on the inside as well as the outside.

While President Trump takes aim at the Shenzhen-HQed Chinese telecommunications equipment and consumer electronics manufacturer, nothing could stop the company’s earnings from rising substantially (around two weeks ago, the tech giant said that its 2018 earnings jumped by 25 per cent to 59.3 billion yuan or $8.7 billion). No wonder it has overtaken the iPhone maker to become the second largest smartphone manufacturer by volume in the world.

The P30 Pro simply points to why the smartphone manufacturer is getting things right. Not only does the phone manage to redefine photography, it packs in technology that rivals would emulate in the coming months. While this is one of the most resourceful phones money can fetch you for photography, its sibling — the Huawei Mate 20 Pro — also comes with all the glitz minus a couple of bells and whistles in the photography department. This is a phone that’s in the same club as Samsung’s recent launch, the Galaxy S10+, and when Apple launches the next iPhones a few months later, it will have a steep mountain to climb.

The camera set-up on the rear is the superhero of the device. The P20 Pro had three cameras on the back with a 3x optical zoom. The P30 Pro adds a ToF (time of flight) camera, which makes all the difference in portrait shots and augmented reality. It joins the main 40MP camera and a 20MP ultrawide angle camera (besides the 8MP telephoto shooter). The sensor can draw a depth map of one’s environment, which takes photography to a new level, especially in portrait mode and the bokeh shot.

One may ask what’s the point of having ToF when there are three lenses already on the rear. The idea behind the P series is to offer the best in photography and the company has gone that extra mile to offer an edge over rivals, besides future-proofing the phone in terms of AR. Say one is walking around the office, the lens has the potential to inform the length, breadth and weight of objects in real-time. As the ecosystem opens up, so will the usage.

The other big innovation in the camera department is the 8MP telephoto lens (f/3.4, 1/4”, 125mm, OIS). The camera, like a periscope, uses a prism to refract light down the inside of the width of the phone. There are phones with zoom lenses that offer 2x magnification. The P30 Pro supports up to 5x optical, 10x hybrid and 50x digital zoom. Jargon aside, what does it mean? We tried to shoot the Howrah Bridge from the rooftop of a house near Maniktala. With 2x magnification, a part of the bridge was visible. At 5x, we were highly impressed. At 12x, wow. At 24x, OMG. At 40x, socks were knocked off. Let’s not even get started about 50x!

The magnification is powerful enough to pick up objects that can barely be noticed in standard photographs. Agreed that beyond 20x, objects are slightly squidgy around the edges but what Huawei scores are technical brownie points. Top-notch image stabilisation even at 50x in daylight makes the camera a delight. Equally impressive is switching between zooms.

Needless to say, the 5x optical zoom beats the digital zooms of competitors and the 10x hybrid zoom or the 50x digital zoom uses data from multiple cameras to add to the details, making the phone truly a delight for photo enthusiasts.

We are not done with cameras. Low-light photography too wins hands down on the device. The company says that the RYYB (instead of the typical red, green and blue) SuperSpectrum sensor captures 40 per cent more light, which makes night and indoor photography stunning because RYYB soaks up more light. If it’s a full moon night, simply point the camera towards the sky and you will come away with some cool Instagrammable snaps. It wouldn’t be an exaggeration to state that — in some cases — the low-light photos come out better than Google Night Sight and, that too, without the need for a long exposure.

A minor blip. Switching between cameras, the colour handling in the wide and standard views differ.

At a glance, it looks like two pieces of glass joined together to form a slab that’s comfortable to hold. The back has a similar feel as that of the front. The side buttons have a minimalist feel while the in-screen fingerprint scanner works like magic. The phone has a visual appeal because of its bold finish and the choice of shiny gradients. The Breathing Crystal version is our favourite.

What impressed us is how Huawei has omitted the earpiece to make innovative use of electromagnetic levitation to vibrate the top of the screen to generate call audio. Whether you place your ear where the traditional earpiece generally is or slightly lower, it doesn’t make any difference to the quality of sound. Also, the call sound will broadcast in one direction, making phone calls discreet.

There is a single speaker at the bottom to deliver loud and clear sound but, sadly, the 3.5mm headphone jack is missing and there is no USB-C to 3.5mm connector dongle in the box.

You will have a chance to unbox the phone just in time for Game of Thrones. Streaming on the phone is a pleasure as it comes with a FullView OLED display, supporting a resolution of up to 2,340x1,080 pixels, complete with a curved screen design. That’s fine, but one may go “hmm” watching the same show on the Samsung Galaxy S10+ that comes with a 3,040x1,440 pixel Quad HD+ Dynamic AMOLED display.

The P30 Series is the first to support GPU Turbo 3.0, which optimises performance of games. And to minimise lag while gaming there is an AI SIM Switch. If the signal reception of SIM 1 is poor, the system switches to SIM 2’s networking seamlessly.

And does the battery have enough juice? There is a 4,200mAh battery, which is a life saver, giving one-and-a-half days of activity.

The biggest strength of the Huawei P30 Pro is its camera, which is powerful and innovative enough to make you a smartphone photography maestro. Also, using the brilliant Leica lenses on the phone, one may become interested in DSLR cameras. It’s undoubtedly a praiseworthy rival of the Samsung Galaxy S10+ and it undoubtedly takes a step closer to our vision of the ultimate smartphone. 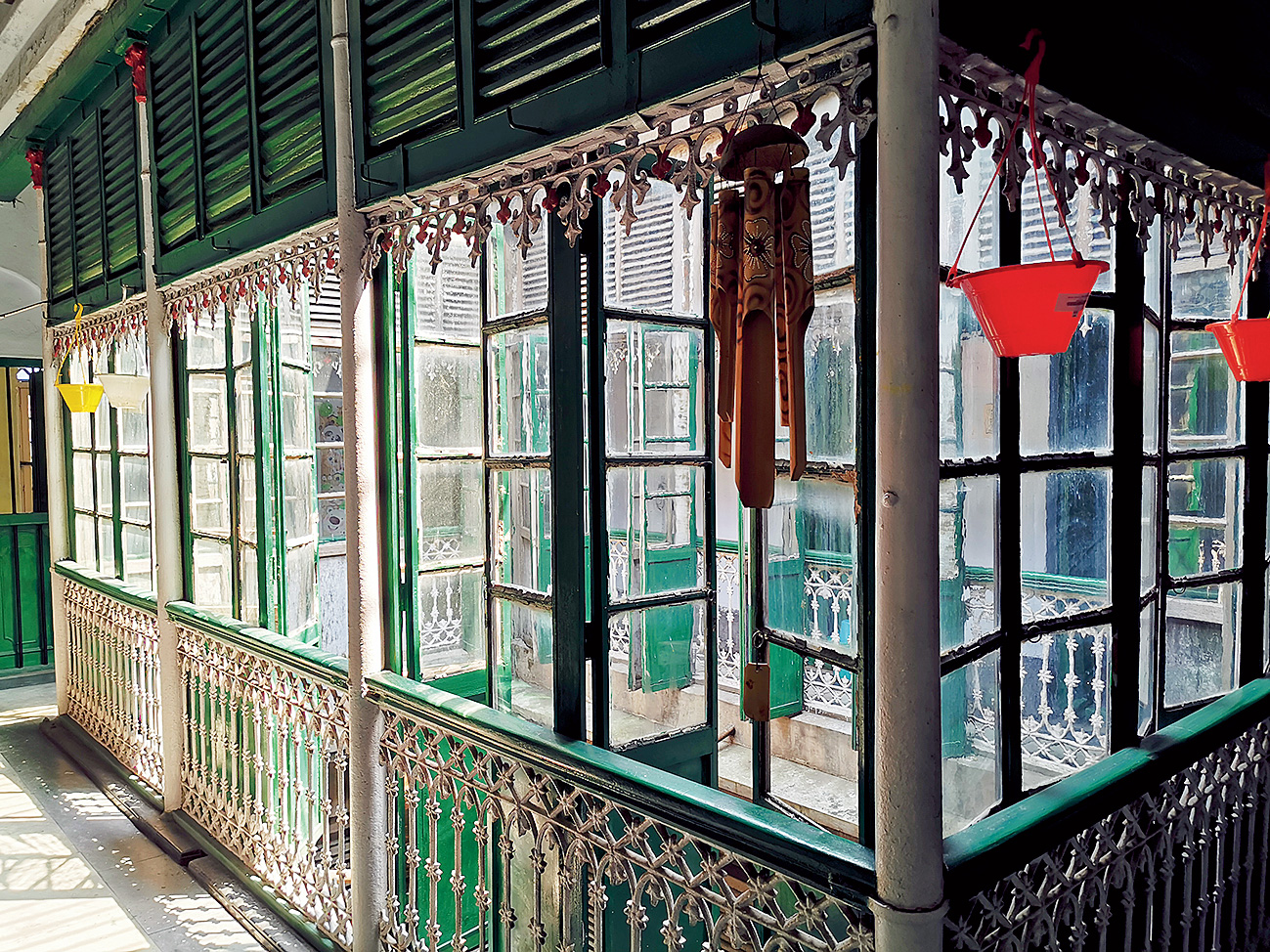 A snap (without filter) of the inside of an old house taken with the P30 Pro.
The Telegraph picture

Earpiece-less design: Acoustic Display Technology allows the device to emit sound through the screen, doing away with speaker grilles.

Camera: The Leica quad-camera system is equipped with a 40MP primary camera with the SuperSpectrum sensor, a 20MP ultra-wide angle camera, an 8MP telephoto camera with a SuperZoom lens and ToF (Time of Flight) camera. There is a 32MP front camera, centrally located in the tiny notch.

Dual video recording: You can zoom in on a subject while. simultaneously taking an ultra wide angle shot, showing two perspectives of the same situation

Available on: Amazon.in starting today for Prime members and April 16 for regular customers.

Switching between cameras, the colour handling in the wide and standard views differ.

It comes with a FullView OLED display, supporting a resolution of up to 2,340x1,080 but the Samsung Galaxy S10+ looks slightly better with its 3,040x1,440 pixel Quad HD+ Dynamic AMOLED display.

We miss the USB-C to 3.5mm connector dongle in the box.