The Experimentalist: Scientists restore a blind man’s sight with therapy 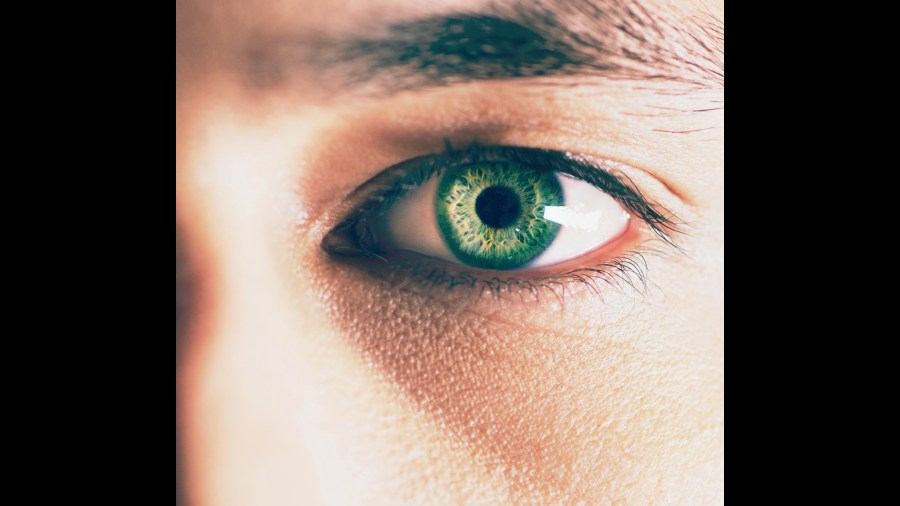 A human eye is often described as a sophisticated camera with a resolution of around 576 megapixels. That’s huge if you compare it with the best smartphone camera (12MP) or a professional DSLR camera (30MP).

One of the key components of this camera is the retina, a layer on the back of the eye that captures light with some special nerve cells. These cells, called photoreceptors, are responsible for converting light into electrical signals which the brain interprets as vision. But for some people suffering from inherited disorders, the light-capturing cells start degenerating and they gradually lose vision.

One such disease, known as retinitis pigmentosa (RP), damages the retina in such a way that those affected have poor vision, specifically their ability to see at night. Neither can they see objects that are placed on either side of the field of vision, which is called peripheral vision. After some years, the damage worsens and they turn completely blind. The disease is rare in the West, affecting roughly one in 4,000 people but quite prevalent in southern India where an estimated one in 372 individuals above 40 years suffers from it. The disorder becomes even more complicated when RP patients develop cataracts.

Many efforts have been made by scientists and doctors to prevent or slow down the loss of vision brought on by RP, but these have been limited by poor understanding of the genes responsible for the disorder and the underlying molecular events. Recent genetic insights have helped scientists look for revolutionary experiments to restore vision for the retinal regeneration of RP patients.

Last year, a team of scientists led by José-Alain Sahel, an ophthalmologist who works at the University of Pittsburgh, US, and the Sorbonne Medical School in Paris, France, partially restored the sight of a blind man suffering from RP by recreating the photoreceptors of his damaged retina. The work was presented by Sahel at the Falling Walls Conference, an annual summit in Berlin, Germany, and was judged the biggest breakthrough in life sciences in 2021.

The experimental procedure that combines genetic engineering and a light-activated therapy — a pioneering field called optogenetics — was tried on a 58-year-old man who lives in France. The patient was diagnosed with RP 40 years ago and became completely blind a few years ago. Several months after treatment, he was able to recognise, count, locate and touch different objects with the treated eye, while wearing a pair of light-stimulating goggles.

Sahel and other scientists have tried for decades to find a cure for inherited forms of blindness. They found that these genetic disorders rob the eyes of essential proteins required for vision. In previous studies, researchers have tried to replace the faulty genes with normal ones. But such gene-replacement therapies work only during early-onset form of the disease. In other words, once the cells die the gene defect cannot be repaired.

That’s the reason why Sahel and others have been trying their hands at a more radical kind of gene repair. With the latest optogenetics technique, they altered the nerve cells in the retina — that don’t normally capture light — to become sensitive to light producing proteins called channelrhodopsins. The researchers learnt this technique from certain algae that live in the deep sea and change the behaviour of their cells while moving from a dark zone towards light.

First, they took the genetic instructions for making the light-sensitive rhodopsins from the algae and perfor med genetic therapy on the layers of the retina. When these layers were hit with light, they would send electrical signals to the brain. The layers, however, responded to only amber light.

Then the researchers made the patient wear a pair of special goggles fitted with a camera that gave him a ghostly perception of objects in a narrow field of vision. It took months to develop enough rhodopsins in the eye and for the brain to learn the new language of light and vision.

The researchers knew that the experiment had worked when the patient went out for a walk and could see the outline of the stripes of a pedestrian crossing. While there was a long way to go before his vision could be completely restored, it was a revolutionary first step for a man who had gone blind. The patient had to train with the special goggles before his brain learnt to interpret the newfound images. Sahel said in Berlin, “He was like an experimentalist, a scientist trying to understand what he was seeing and make sense of it.”

The study, published in Nature Medicine, is the first successful application of optogenetics, a therapy also being researched to treat neurological conditions like Parkinson’s and see whether it can speed up recovery of damaged or dead brain cells in stroke patients.

Samrat Chatterjee, a consultant eye surgeon at MGM Eye Institute in Raipur, Chhattisgarh, comes across hundreds of patients suffering from both cataract and RP. He says Sahel’s therapy is a “huge achievement”. He explains, “In the therapy, an injection is given which delivers a gene that helps the retina cells to detect and react to light. Then the goggles are used simultaneously and these allow the cells to transmit electrical signals which are routed to the brain.”

However, he cautions that it’s still an experiment which needs to be translated into clinical treatment across the world.